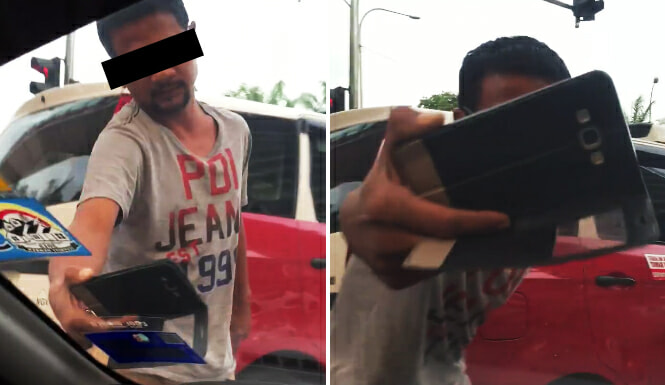 A Facebook user under the name ‘Phoebe Vic’ has recently come forward on how she was harassed by a taxi driver in Sunway.

The girl posted the video on a pseudo account, most likely to stay anonymous. Can you imagine what these samseng taxi drivers can do?

In the video, the taxi driver not only drove recklessly causing her to a “near missed accident”, but infringed her privacy by whipping out his phone to videotape her. 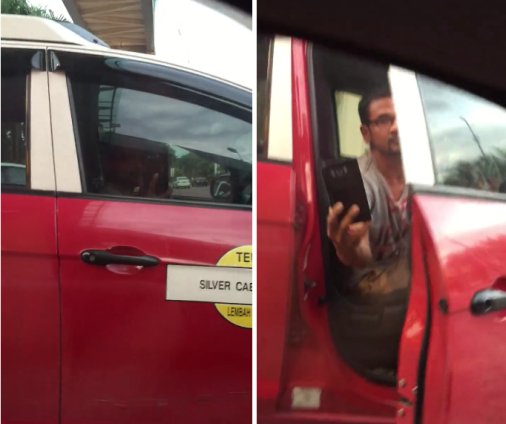 Worse, though he drove the taxicab HBB 200, he wasn’t even wearing uniform?!

“I am complaining regarding his reckless driving which also caused me to a near missed accident. His driving behavior intimidated me without any form or aspect of provocation on my part (I have witness).” 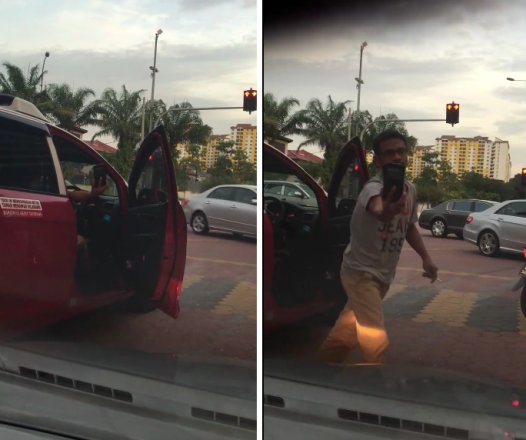 His vulgar behavior made my passenger and I felt that our life was terrifically threatened and my privacy infringed. I also felt that there is absolutely no demonstration of respect to a female driver.”

“What’s worse is when I found a similar complaint a year ago on Facebook by another lady driver complaining about this same car at the same location at Sunway Medical Centre. Lady drivers around Sunway – Please becareful.”

‘Phoebe’ attaches a video as evidence of the sheer rudeness the driver displayed.

Throughout the video, the driver jumps out of the taxi several times, walks right up to ‘Phoebe’s’ vehicle, and zooms his camera around her and her passenger. 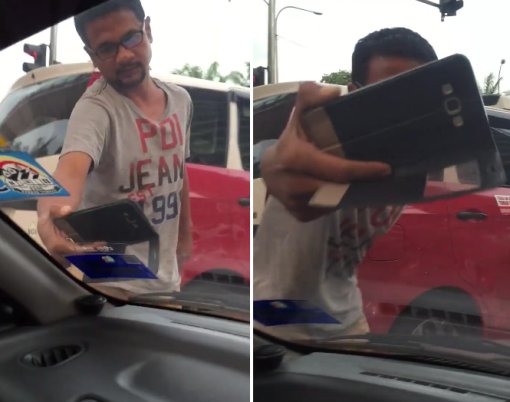 Her post suggests that she was a ride-sharing driver, (most likely a Grab or Uber driver) that’s why they became the target of the taxi driver.  What’s worse, the man did not hold back even though they were two frightened ladies.

Malaysians who viewed the video were outraged at his aggressive behaviour, and mentions that this is why taxi drivers like him are only making the industry worse. “Who’s going to take a taxi with a driver like this?” one commented.

Another wondered if authorities are going to do anything about this and hopes that the taxi company will suspend this person’s license to operate. “Tindakan polis mesti dikenakan dan buang lesen memandu. Bolehkahhhh?”

Ladies, or anyone with basic manners, keep your eyes peeled out for this lowly driver whenever out and about Sunway. Looks like he has one heck of a bad reputation!