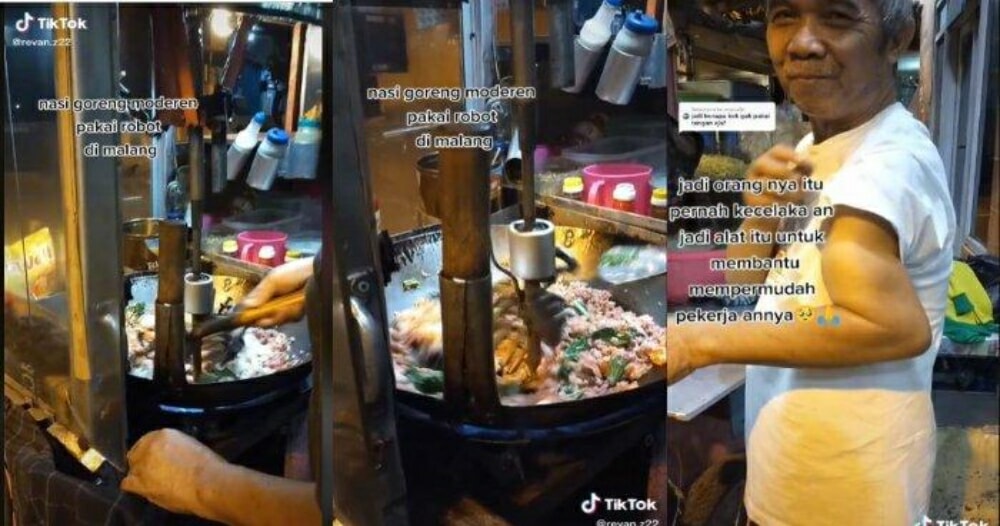 An Indonesian street food vendor went viral on Tiktok after his unique invention caught the attention of many – a robot that gives him a helping hand to make fried rice!

The TikTok user, @revan.zz22 shared the video of the street vendor preparing to serve fried rice with the robotic assistant by his side to help him evenly mix the rice.

According to Tribun News, the 21-year-old Tiktok user, known as M Soleh, said that he has been a regular customer. The street hawker, known as Dartadi, works at the stall with his wife selling fried rice along the streets of Malang, East Java.

It has been reported that Dartadi injured his left hand in an accident three years ago. Due to this, he was unable to move his hand around much, making it difficult for him to cook big portions of fried rice.

He added that when cooking fried rice, two hands are definitely required as one is used to stir fry while the other is to man the wok.

He then took the initiative to find an alternate way to cook, which is how he came up with the idea of putting together the machine – a metal hand with blades attached right above the wok.

This makes it much easier for him as all that’s left for him to do is add in the necessary ingredients and leave the rest to the machine! With the help of the machine, Dartadi has seen more traffic to his stall and his business is more widely known as “robot fried rice”, garnering more attention and publicity on social media.

He added that previously, he was able to cook about seven to eight portions of fried rice. Now, with a bigger wok, he can easily cook up to 10 portions for his customers. 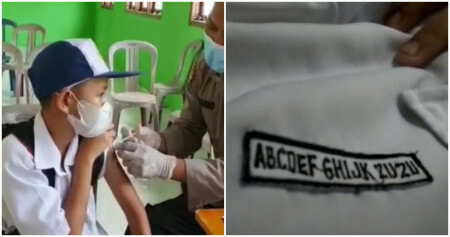