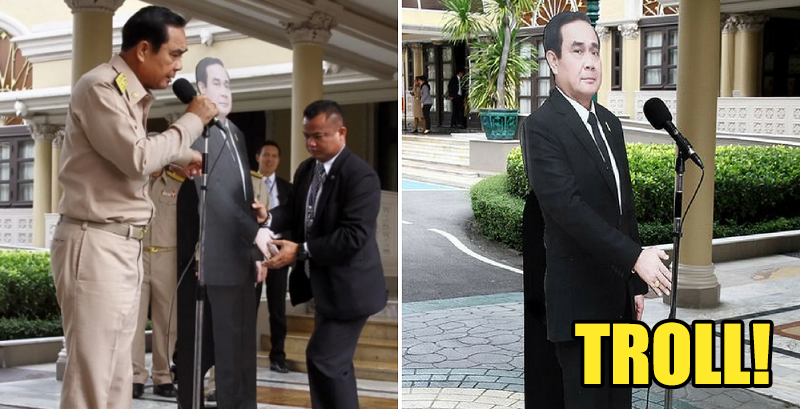 Press conferences are a norm when you’re in politics. However, it goes without saying that if you’re the Prime Minister of a country, it’s normal to portray yourself seriously, you know… as a professional.

But what happens when one Prime Minister decides to leave an interview by replacing himself with a… wait for it… cardboard cutout of himself?

Images: EPA-EFE via The Washington Post and Daily News via Reuters

This surprising yet hilarious act was done by Thailand’s Prime Minister, Prayuth Chan-ocha.

In a short clip that went viral, the Prime Minister ended a brief meeting with members of the press outside the Government House in Bangkok by telling them that “if you want to ask any questions on politics or conflict, ask this guy” before placing the life-sized cutout cardboard in front of the microphone.

He then walked out and waved to the stunned press members. Honestly, what a “mic drop” moment!

Everyone from the press to the people were in utter disbelief but had a good laugh about it nevertheless. The crowd later approached the cutout cardboard to ‘ask’ questions and took photos or selfies.

Apparently, the cutout cardboard of the PM with a handshake pose will be used for the upcoming Children’s Day.

Prayuth has been Thailand’s Prime Minister since 2014. Well, with the whole serious vibe surrounding politics, it’s nice to see a little humour in these politicians once in a while.

Also read: Malaysian Gets Trolled in KLIA 2 When Friend Printed Him a Giant Boarding Pass 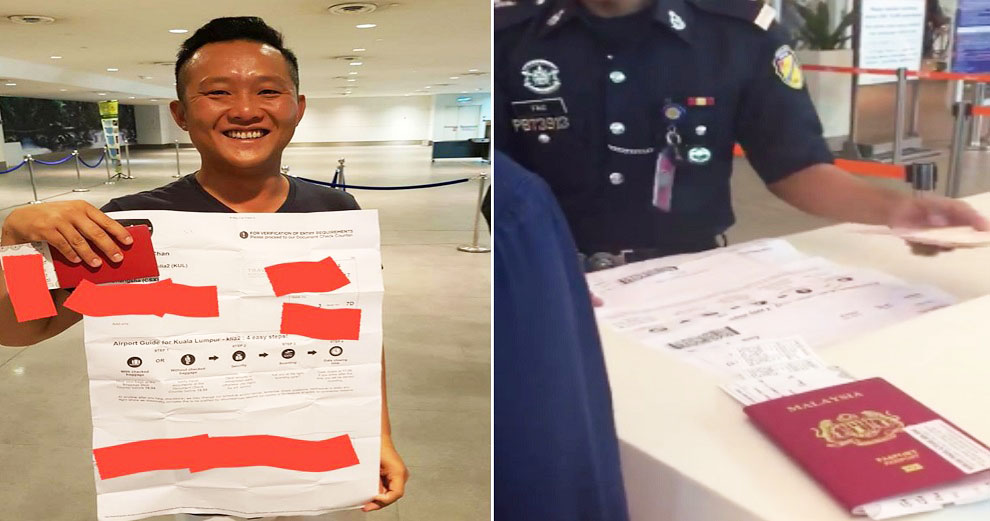