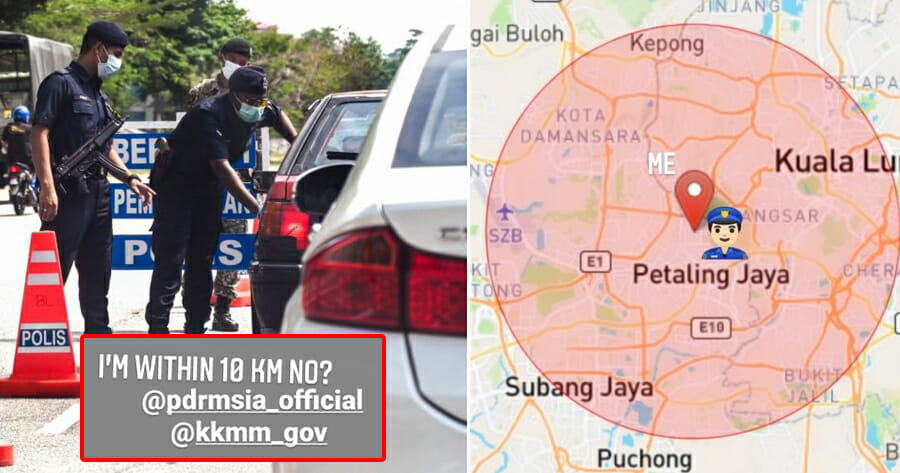 A woman was fined RM1,000 for travelling more than 10km from her home in Jalan Persiaran Surian, although she claims she was still within the 10km radius.

Acacia Lee has since taken to Facebook to express her frustrations about the unfair treatment she was given by PDRM.

In her post, Acacia said she went out around 10am on 24 January to buy groceries when she was stopped by the police at a roadblock. She explained that she was going to buy some food and groceries nearby and had checked on Waze that she was still within a 10km radius. 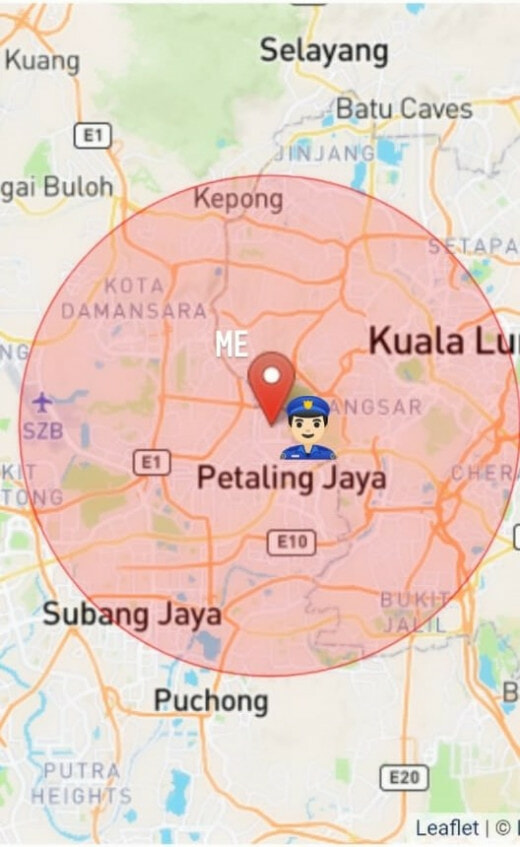 However, the police officer on duty told her, “Tak logic. U Bagitau Waze itu tepat tak?”

Translation: “That’s not logical. Did you check on Waze if it’s correct?”

Acacia said because this was the first time she was stopped by the police, she was speechless.

“If Waze is not correct then I have no idea which is more correct other than Google,” she said.

“Police asked for my IC and instantly directed me to the side. Many unknown persons started taking photos of me showing that the police was issuing me a summons.”

“Another police officer came by and took my details. I explained to him politely that I’m still within 10km, in fact, I just came out of my place.”

“Obviously, they don’t believe and insisted that I’m not abiding by the rules.” 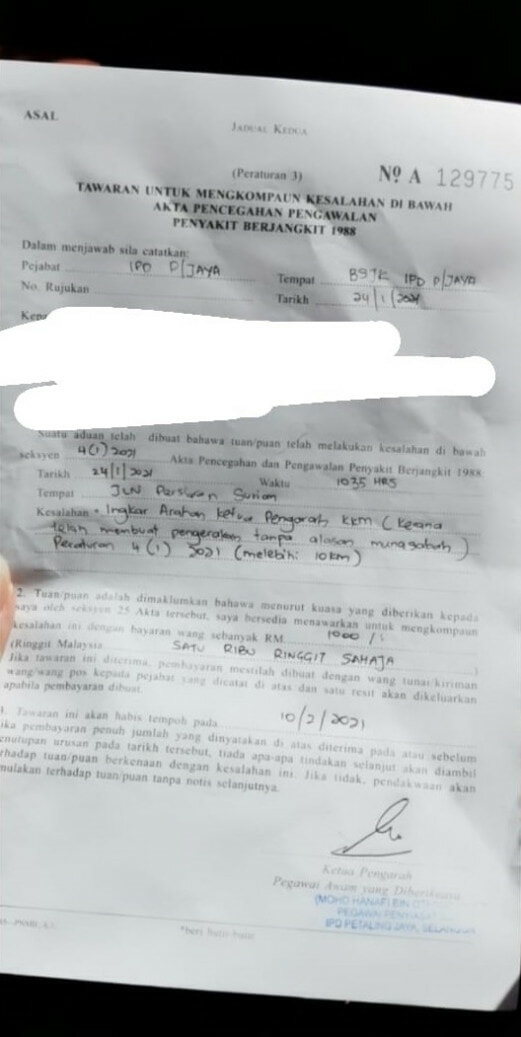 Acacia added that the officers told her that if she needs food or groceries, she can get her food delivered to her through Grab. However, she said that it costs a lot to use Grab for food and groceries, especially during these trying times.

“I can’t really afford to Grab my necessities three times a day. Or should I Grab one time for 7×3 meals and store in my fridge or freezer?” she said.

Acacia then asked the officer if she can pay her ‘saman’ online, but the officer told her that she needs to go to ‘KKM’. But Acacia argued that if she were to go to ‘KKM’, she might need to travel more than 10km.

“He said with this summon they’re not going to issue me another. Now, I’m confused with the ‘logic’.”

Acacia ends her post saying she went back home feeling disappointed and without the things that she went out for. She added that she checked other official apps and it showed that she was definitely within a 10km radius.

“I think it’s really unfair to me. Any of you face this problem?”

Also read: M’sian Man Fined For Going Out Of The House After 10pm With No Valid Reason 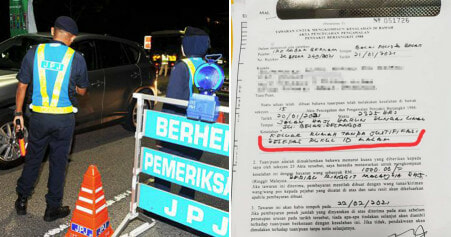