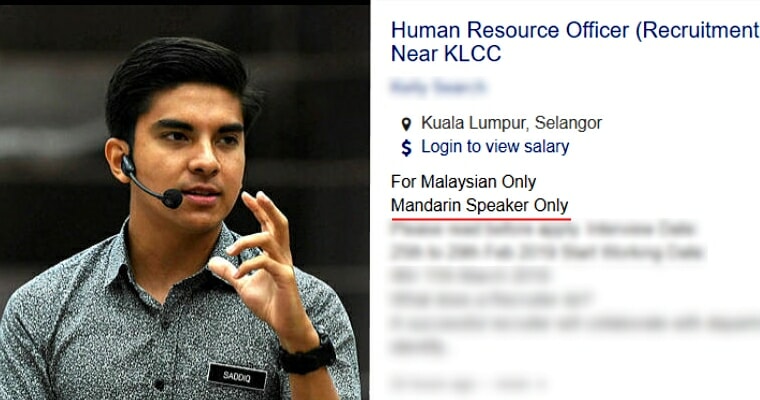 At a town hall meeting in Pahang yesterday (18 Feb), Youth and Sports Minister Syed Saddiq declared that employers who advertise for “Mandarin speakers” for their job openings should be probed.

Syed said such actions are a form of discrimination and should be investigated, reported China Press.

“The requirement is wrong, please report it to me so I can meet with the board of directors of those companies,” the Muar MP said, in an account by Kosmo. 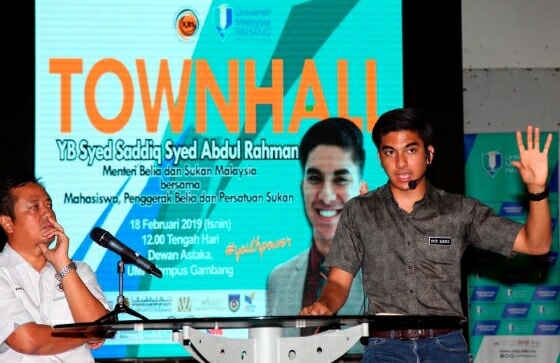 “With the exception of Chinese companies, businesses run by Malaysians should not limit their job advertisements to Mandarin speakers or candidates of a certain race,” he continued.

The statements were in response to a student complaining about how non-Mandarin speakers are underprivileged when it comes to job interviews.

The Youth Minister also denounced the lack of opportunities afforded to Malaysian job seekers, saying, “If there are Malaysians who are willing to pick fruits illegally in other countries rather than working here, it means we have failed.” 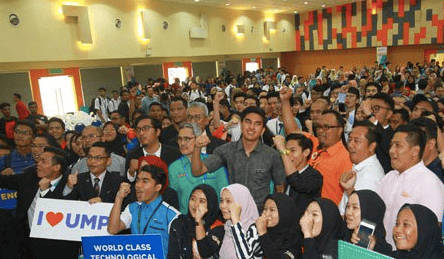 He also revealed that the government is looking to increase the salary of university graduates annually at a rate of RM100 per year. He also announced the availability of 1,000 working holiday visas for any Malaysians who would like to go to France.

Being the youngest minister in the country at only 26 years of age, Syed has drawn flak on social media for his comments. Many Malaysian netizens have complained about his statement on Facebook, with many criticising that his comments didn’t factor in the practical needs of some businesses. Here’s what they said;

“Speaking Chinese and racial discrimination are two different things! What if the company needs to do business with Chinese countries like Taiwan and China? If the documents are all in Chinese? It won’t make sense to hire someone who can’t speak Chinese.”

Meanwhile, others found issues with his equation of language to race.

“If the candidate is required to speak English, does that mean the ad discriminates towards all Asians? Don’t be an idiot. Language and race have no direct relationship. Many Chinese people don’t speak mandarin and many Malays speak mandarin.”

“The private sector has the right to employ whoever has the skills the company requires! It’s none of the government’s business! Everybody should be more competitive and find ways to increase our value instead of complaining.” 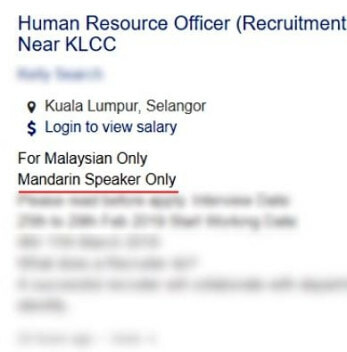 Indeed, we should all seek to improve ourselves. It is totally possible for anybody to learn and master any language (or any skill) as long as we work hard for it.

What do you think of Syed’s comments and the responses he received from netizens? Share with us your thoughts in the comments.

Also read: Malaysians Can Soon Apply For Working Holiday in France For Up to 2 Years 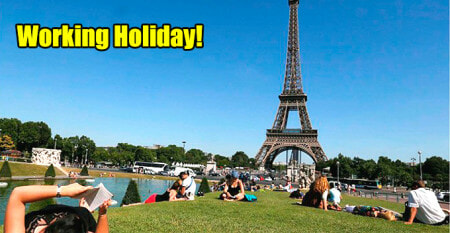