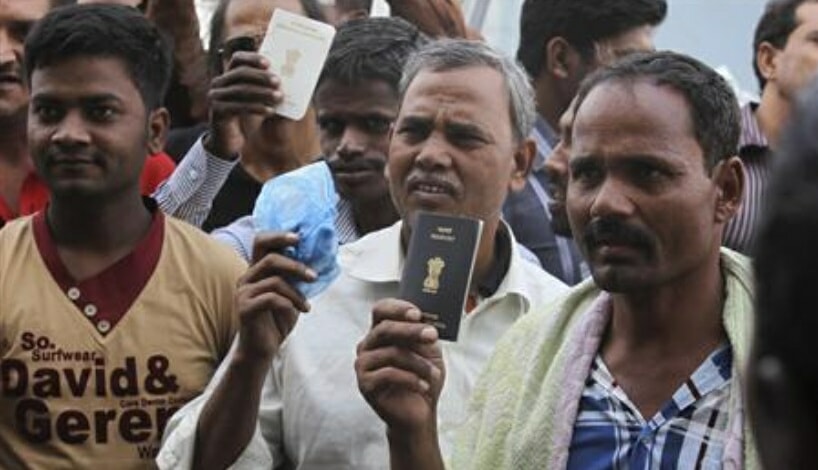 Xenophobia, an irrational dislike for others of foreign nationality, is a worrying trend that has been slowly brewing in Singapore, with some Singaporeans dissing expats for ‘stealing’ their jobs and a scorn for foreign workers.

Now and then, a nasty incident breaks loose, as witnessed by Facebook user Sheryl Chin, who took to Facebook to mourn how she never felt “more ashamed to be a Singaporean.” after her ordeal. Although she’s only at a young age of 22 years old, her voice was louder than most.

An elderly Chinese uncle had apparently started to hurl verbal abuse at a foreign worker for speaking on the phone.

“The start of the bus ride was rather normal, with people just filling up the bus and taking their seats. That peace was broken as the bus started rolling out of the interchange. This Chinese uncle started shouting “Fuck can you shut up? Stop talking!””

The foreigner immediately replied that they were in a public space and asked what was so wrong about speaking on the phone.

“I can’t remember what the Uncle said but it was something along the lines of how he doesn’t like the way he talks and the foreign worker (FW) should know his place as a foreigner.”

“AND THEN The uncle told the FW that he should be respected because he’s an Elderly Singaporean.”

What Sheryl found disturbing was that “EVERYONE on the bus was just silently looking at the commotion happening but no one was stepping in.”

“There were definitely other Singaporeans on the bus who could have stepped in to get the uncle to calm his giant mantits.”

When Sheryl decided to do what any honorable (and commended!) civilian would do – aka stand up for injustice – she was told to “not to ‘act smart'” whilst he proceeded to abuse the foreign worker with Hokkien curses.

“At that point I was rather emotional because I just kept thinking how shitty racist Singaporeans are, and also how I had used my Chinese privilege to stand up for something but I totally forgot about the privilege I possess as a female (and that I’m really more privileged than I thought.)” she wrote.

She fumed on Singaporean’s double standards with ‘foreigners’ and surmised:

“Who died and made you god that you can judge and rank cultures over others? Singaporeans have a penchant of looking up to angmohs and bending their backs over just for them.”

“I’m pretty sure the situation will be much different if it were an Angmoh talking on the phone.”

Her story has shed light to many, and even allowed Malaysians to reflect on their treatment towards the FWs here. We are all living in the same island we call Earth after all.