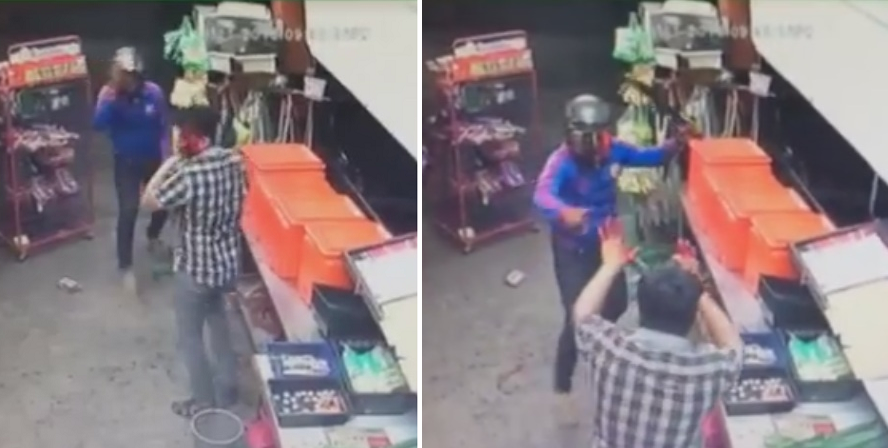 WARNING: Some readers may find the pictures and video in this article disturbing, discretion is advised.

CCTV footage from a shop in Kampung Melayu Majidee, Johor Baru was recently uploaded to the internet not too long ago and it went super viral.

The footage shows a shopkeeper at the local sundry store trying to defend his shop from being looted by two robbers armed with machetes. 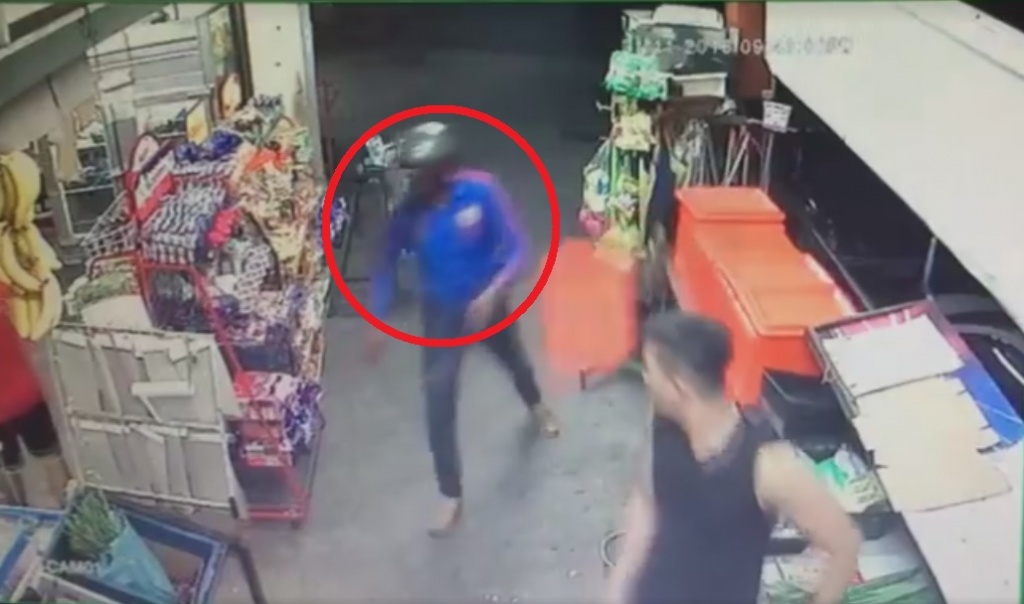 It starts off with one of the robbers who is wearing a black helmet and bright blue motorcycle jacket entering the store and hacking away at random, which scares off the patrons inside.

He’s joined not too long later by an accomplice wearing a white helmet and a black sports jacket. In seconds, they turn on the shopkeeper, no doubt trying to force him to open the counter.

But the shopkeeper WENT AFTER them, pushing them back and trying his best to avoid both blades. Which actually did force them back, surprisingly enough! 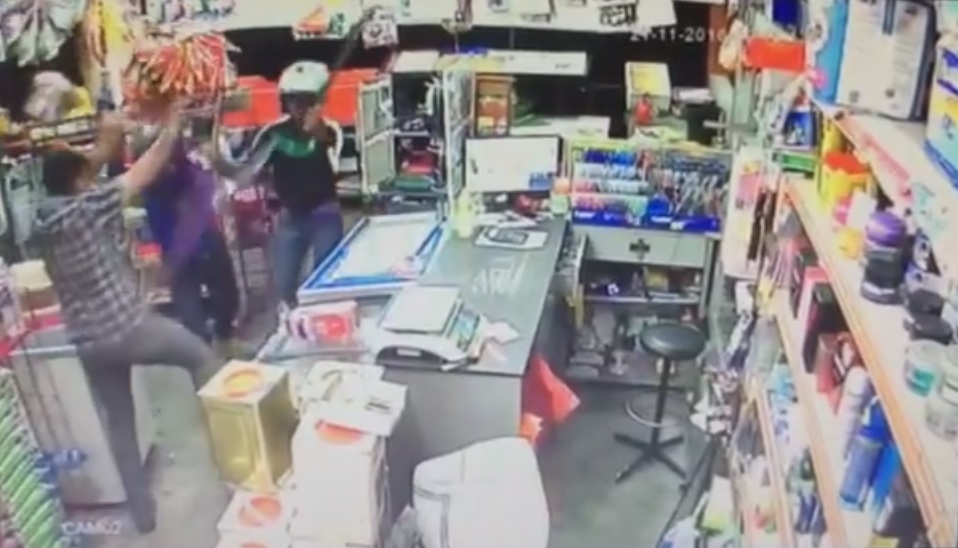 The robbers decided to split up; the robber with the blue jacket took on the shopkeeper while the other guy went straight to the counter to grab some cash.

The poor shopkeeper who valiantly stood his ground was slashed multiple times. He can be seen bleeding profusely from his hands and even the side of his face. 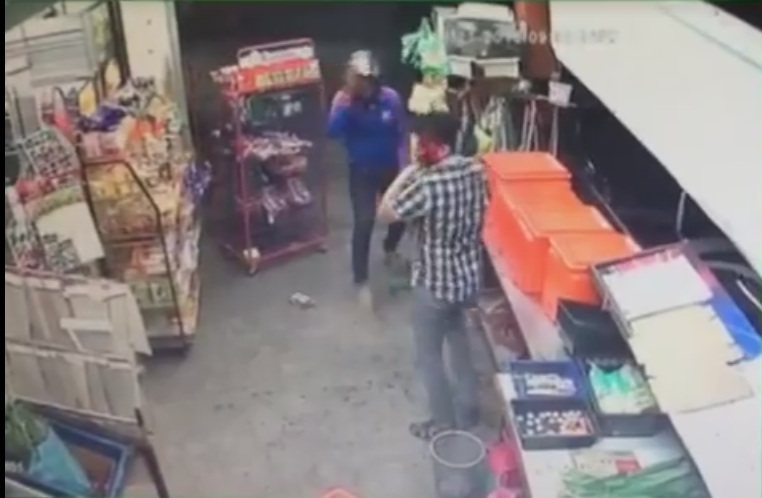 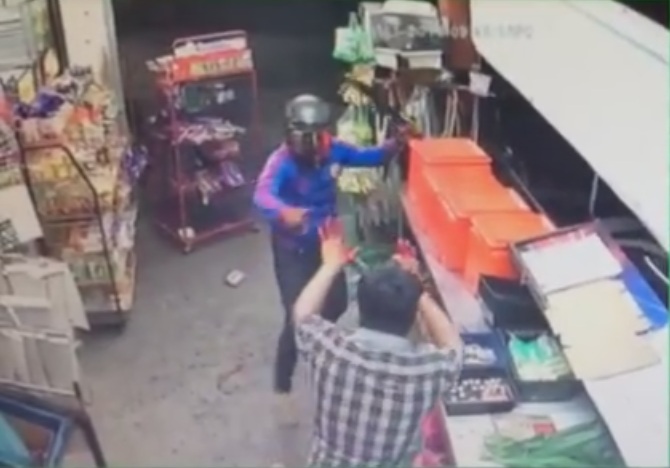 The robber stopped and a standoff between them ensued. The shopkeeper can be seen attempting to reason with the robber but he was met with the edge of the machete.

The other robber is seen grabbing some cash and stuffing them in his back pocket. On a side note he can’t even keep his pants up.

The two robbers exited the store and the shopkeeper can be seen collapsing on what appears to be a chair before the video cuts off.

Netizens pointed out how desperately the shop owner tried to fend off the robbers, even risking his life. Maybe he is already having it tough and the money was very important for him to make ends meet.

It’s absolutely terrible to what lengths robbers would go to steal from other people’s hardwork.