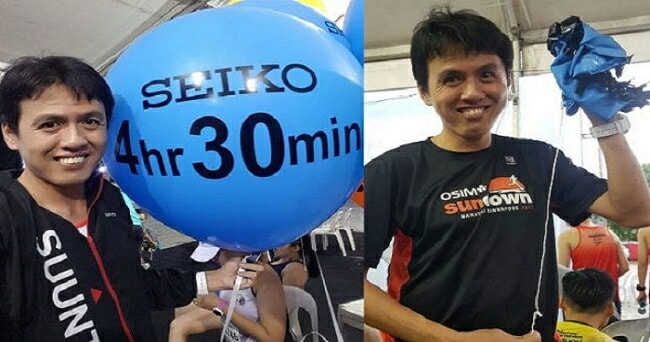 Yesterday (25 November), a contestant of the Penang Bridge Internation Marathon managed to escape death after a lightning hit his pacer balloon, destroying and melting part of the strap, instead of him.

Cheng Kean Wee, 32, was a pacer for the full marathon and he said that the incident happened about 3km away from the 42km finish line. Even with the heavy thunderstorm, he and the other contestants still decided to complete the run. 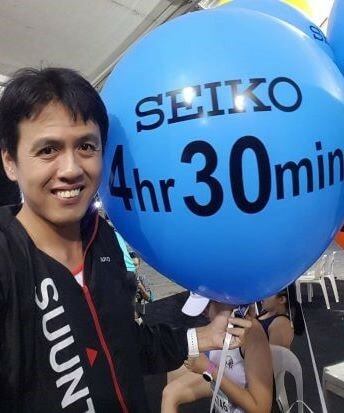 “We started the full marathon at about 1.30am. It started raining heavily at about KM31, and we could hear thunder and see lightning around the race course,” he said, as reported by The Star.

Cheng was carrying the “four hour and 30 minute” pacer balloon as he saw a bright light and a loud bang before reaching the finishing line.

“I felt my back was a little lighter. One of the runners pointed out that the pacer balloon which I was carrying had burst.”

Cheng continued by saying that he had, in fact, ran through a thunderstorm before during the Putrajaya Night Run but it was not as bad as the thunderstorm he just experienced on Sunday.

Despite this incident, he still managed to complete the marathon in only four hours and 29 minutes. Way to go!

The account executive from Penang added that he is relieved to still be alive, although he admitted he was a bit shaken by the incident. Who wouldn’t be! 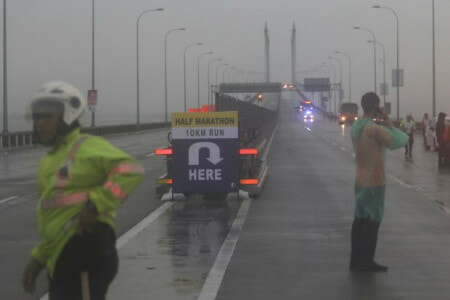 The 42km full marathon and 21km half marathon, which started at 1.30am and 3am respectively, were not affected by the rain and went on as scheduled.

However, due to the thunderstorm, the 10km marathon was cancelled. More than 11,000 participants were devastated when they received the news at 6am.

This man just got a second chance at life thanks to his balloon that saved him from the lightning! 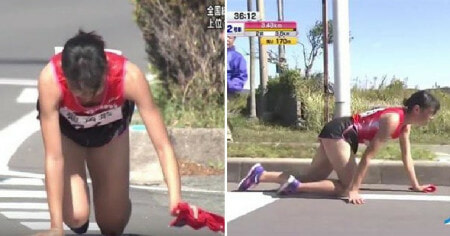