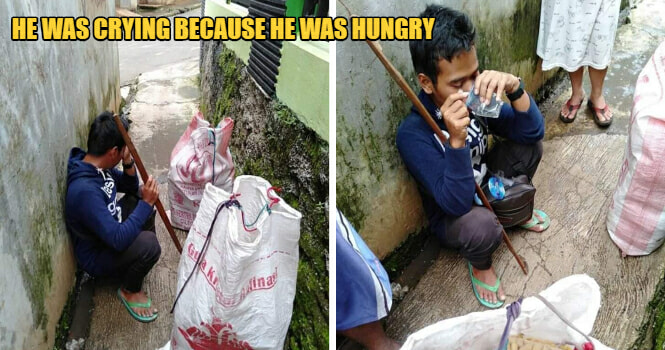 Adding to world hunger is this food seller from Indonesia.

This poor Indonesian man from Jawa Barat lost all hope when he broke down crying in the alley of a street. Based on a post from Facebook, he was said to be sad because he was so hungry, but did not have any money from selling his products.

He was so upset because his two sacks of what appeared to be dry finger food like biscuits and bites weren’t selling. He was also so extremely hungry that all he could do at the time was sit and cry. Awhile later, some kind Samaritans came by and offered him some water upon seeing his hungry and thirsty face. He then thanked everyone who was willing to offer him some help. 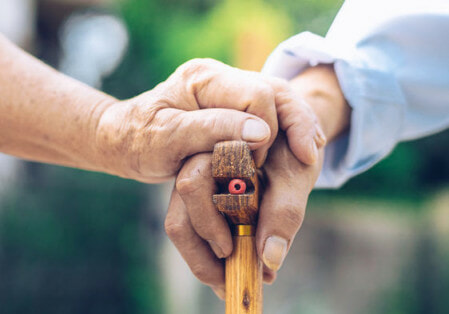 The post went on to remind people that, “If there are small scale street sellers nearby, let us do the little that we can and help. There is no need for us to look for sellers that are far away, because there are many who are close by.”

The post garnered many likes and comments from netizens. Many sympathised with the seller and prayed that he may have it easier in his business henceforth. One even praised how the seller was such an honest man for not eating the food he couldn’t sell even when he was so hungry himself. 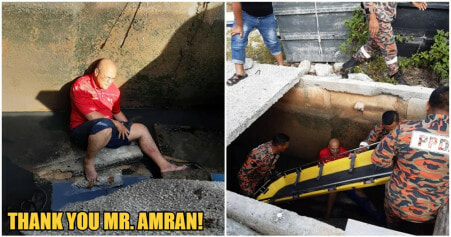