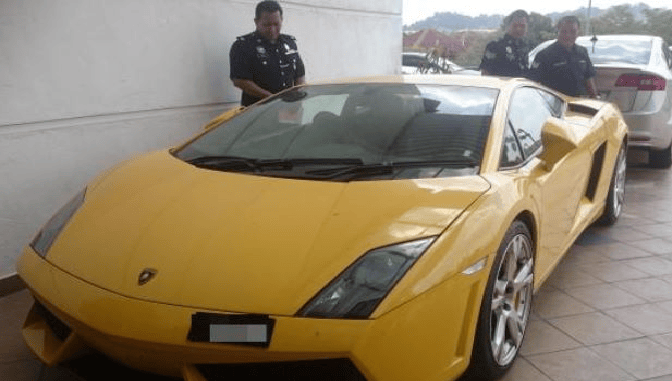 Police uncovered a Lamborghini near Rawang Toll after a 31-year old businessman reported his car stolen, reports The Star.

A brand new Lambo would cost about USD 200k to USD 530k – that’s between RM800k to RM2 million. Therefore it’s no surprise that the exotic supercar would be on a thief’s ‘want-list’.

Serdang OCPD Asst Comm Megat Mohd Aminuddin Megat Alias stated that the supercar was taken during an accident when a BMW rammed into the Lambo from behind on July 26 around 12.05am at Puchong. 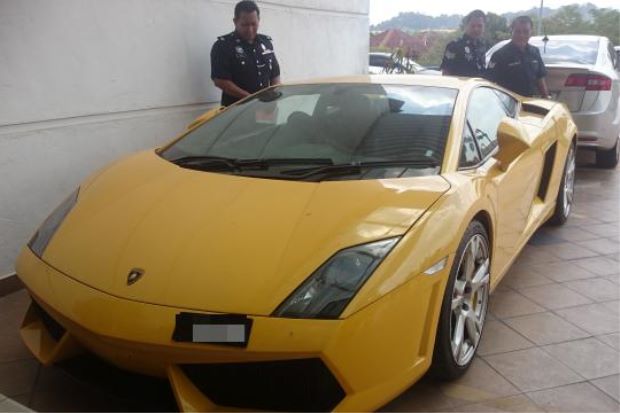 “He stopped his car. A man stepped out of the BMW and told the businessman that he had no money to compensate for the damage.”

However, when both men ended their discussion, something happened.

“After both men finished their discussion, another man got out of the BMW and pointed a parang at the businessman,” ACP Megat told the press.

The businessman then ran to the side of the road for fear of being hurt while the thieves drove away the very expensive car.

Two days after the robbery, authorities were reportedly able to recover the sportscar near Rawang toll plaza.

Along with the speedy recovery of the stolen vehicle was the arrest of two men that is believed to be associated with the crime — 47-year-old man along the Rawang toll plaza at 8pm, while another 52-year-old man was apprehended at an eatery along Jalan Radin Bagus, Sri Petaling around 5pm.

However, after uncovering the vehicle, officers found out that the businessman was not the registered owner of the car to begin with!

Authorities are now in motion to locate the true owner of the mysterious Lamborghini.

“We are checking with the Road Transport Department (JPJ) to track down its rightful owner,” said ACP Megat.

Anyone missing a Lamborghini?