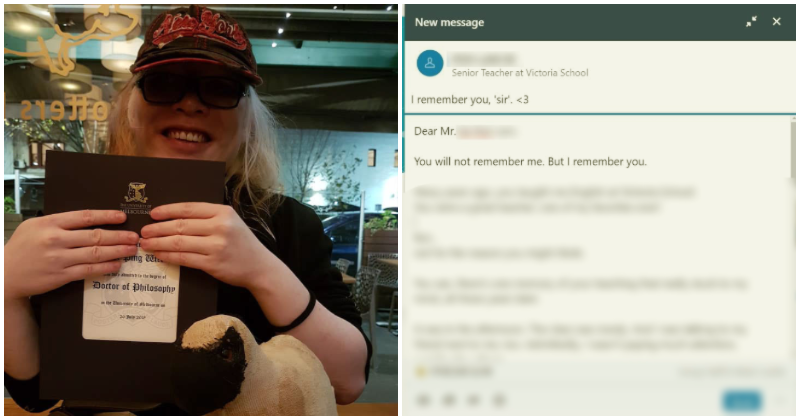 A Singaporean man has taught his old school teacher from 21 years ago a very, very important lesson. Never judge a book by it’s cover.

Levan Wee, (who can now go by Dr Wee thanks to his doctorate in Philosophy after graduating at the top of his class) has not only fronted 2 major Singaporean rock bands (Ronin and Astroninja), but now also works as a social media strategist while living his life to the fullest.

And where, you ask, did he get the motivation to get to where he is now?

Levan credits his secondary school teacher for giving him the push to go beyond what people expect of him, but not in the good kind of way. In a now viral Facebook posting, Levan shared a series of screenshots from a message he sent via LinkedIn to his old school teacher who discriminated against him for being born with a lack of pigmentation in his skin.

A letter I sent to my old teacher who looked down on me, from 21 years ago.YOU define yourself. Don't let others….

Levan captioned the posting with a short but encouraging message, “A letter I sent to my old teacher who looked down on me, from 21 years ago. YOU define who you are. Don’t let others. P.s. I usually don’t like to show off. But with this particular guy, I couldn’t resist – I’m sorry. I’ve literally been wanting to write this letter for decades. I’m using my ‘Dr’ title only for dramatic effect, please don’t actually call me that.”

Levan had sent the message to his old teacher in order to prove to him that he was wrong to judge a person the way that he did, but also for Levan to show that he came out stronger from it. 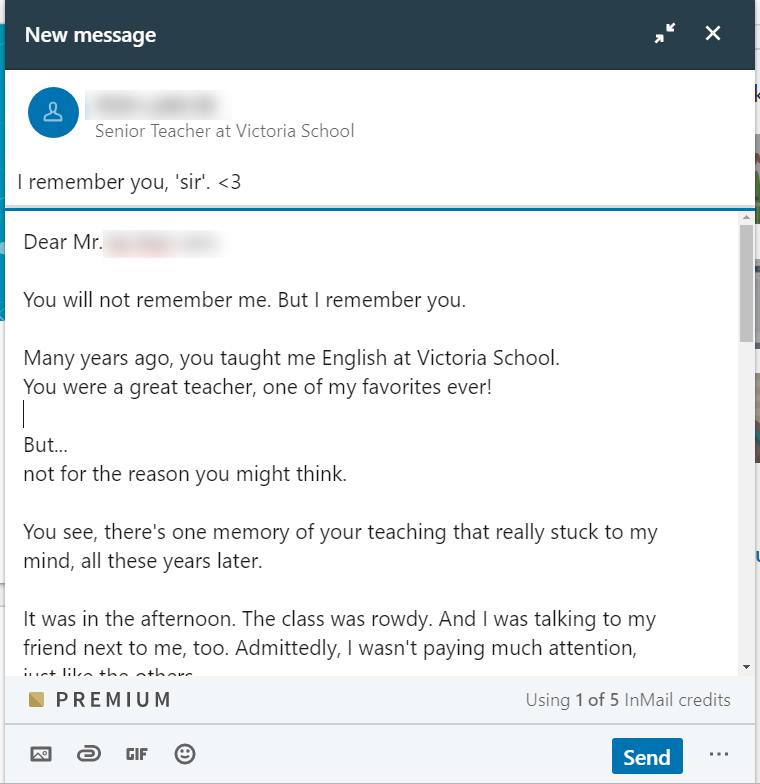 The message started off with Levan reminding the teacher of the moment he changed Levan’s life.

The gist of the incident is that the teacher had singled out Levan during class one day when all the students were being unruly. Instead of bringing the whole class to order, he directed his fury towards Levan, basically telling Levan that he should be so lucky to achieve half the things the rest of the class will be able to because of his congenital disorder. 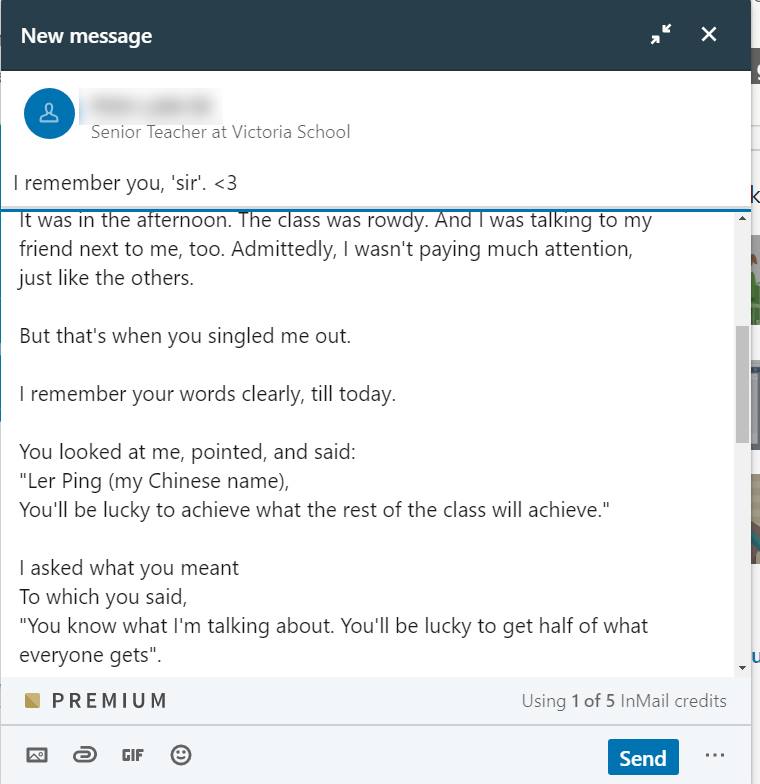 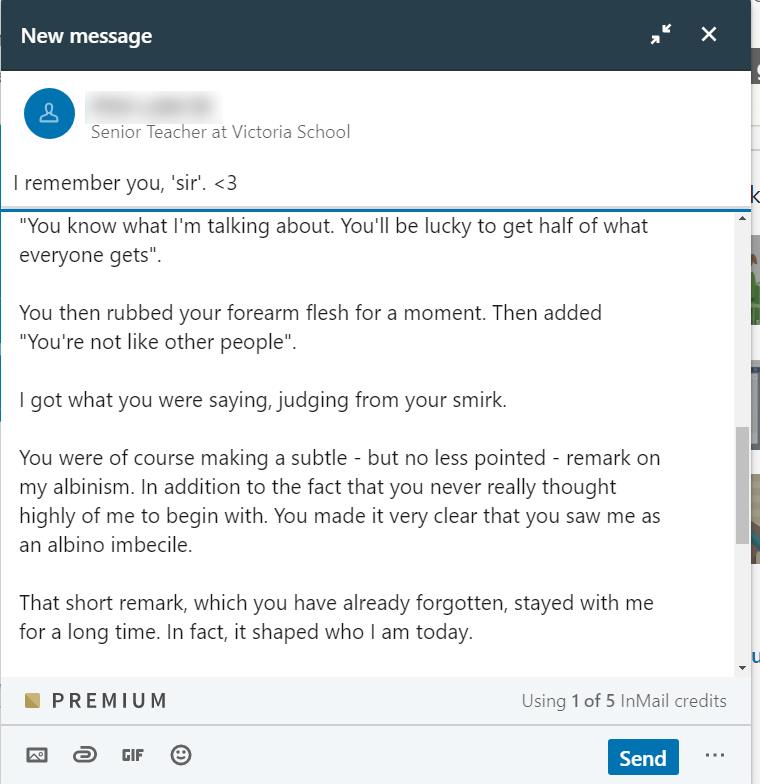 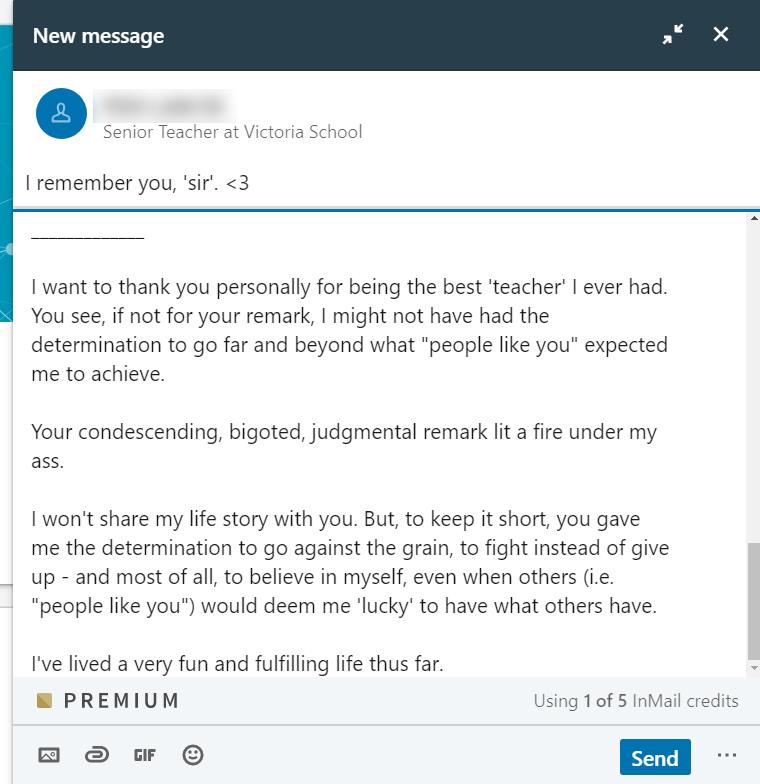 Levan also listed out all that he has achieved so far, which his teacher said he couldn’t do. 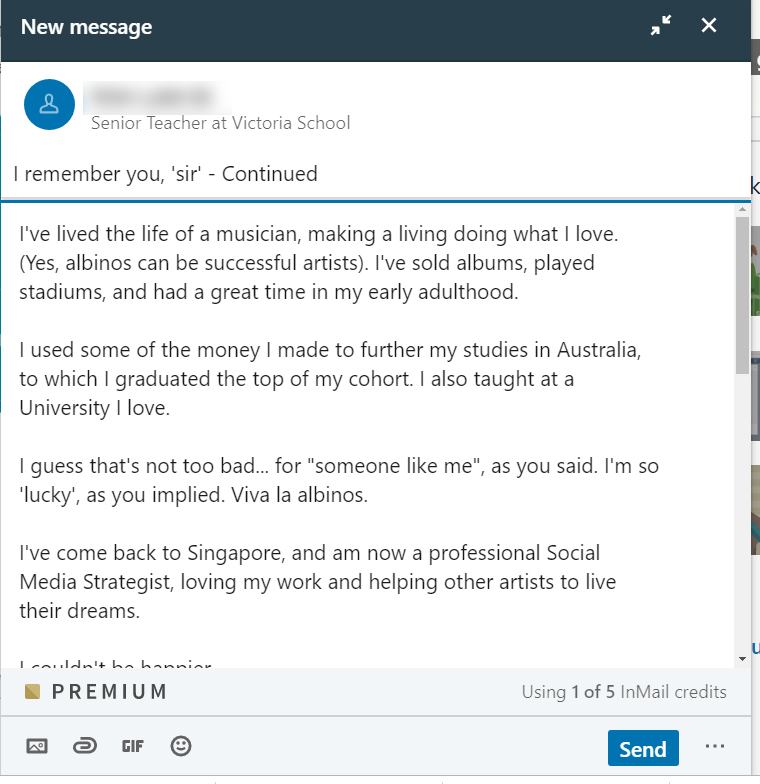 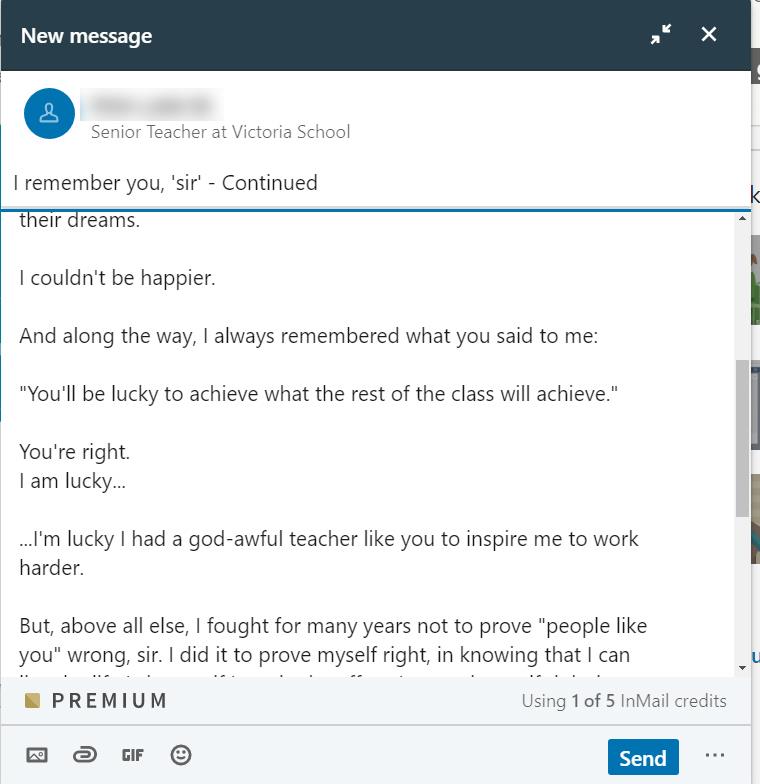 Levan wasn’t quite done with his teacher, however, as he went out with a bang. Satisfied with having made his point in a way that the teacher will never forget, he signed off his message with ‘The Albino Imbecile, Dr Levan Wee.’ 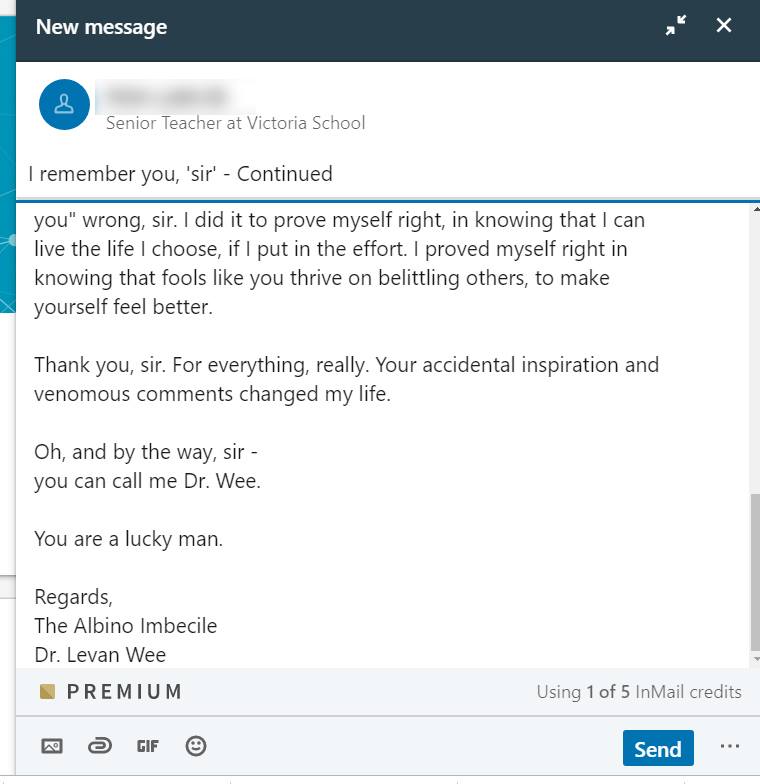 It’s proof of Levan’s strong spirit to make a comeback after such a demeaning comment, especially with it coming from a teacher. But it’s a stronger thing to continue fighting to prove the naysayers wrong.

Levan is living proof that no matter what others think of you, with effort and hard work, you can be whoever you want to be.

Thank you for the life lesson, Levan!

P.S.: Levan currently runs a small blog which is free for everyone. This blog of his is a small project meant to encourage more youths to read books, and discover the love for reading. If you’re keen to check it out, you can click here!

Also read: Guy Shares How Malaysians Should Arrange Their Plates After Eating to Help Restaurant Cleaners 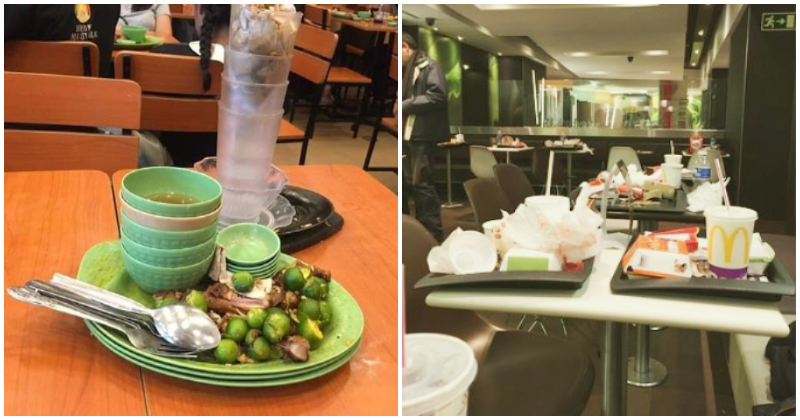