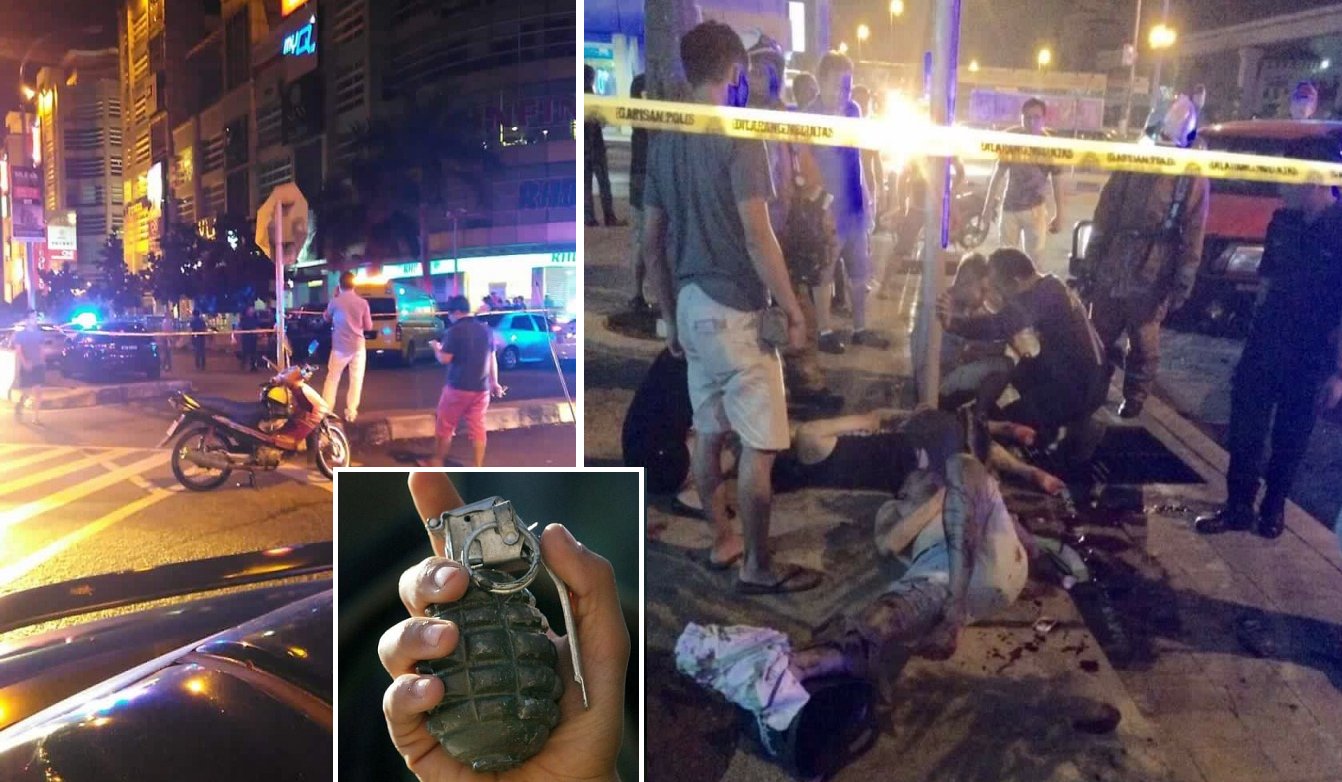 An explosion had gone off at around 1.30 A.M. this morning in front of a nightclub in IOI Boulevard at Bandar Puchong Jaya, Selangor injuring 8 people, reports NST.

Apparently a grenade was thrown in front of Movida in the wee hours of the morning. The highly congested area of IOI is now cordoned off for forensic investigations by the police Forensics Unit and K9 Unit Personnel. 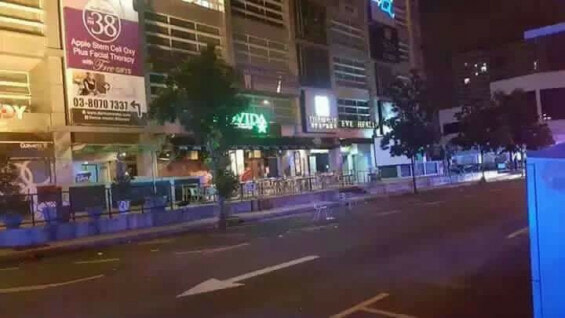 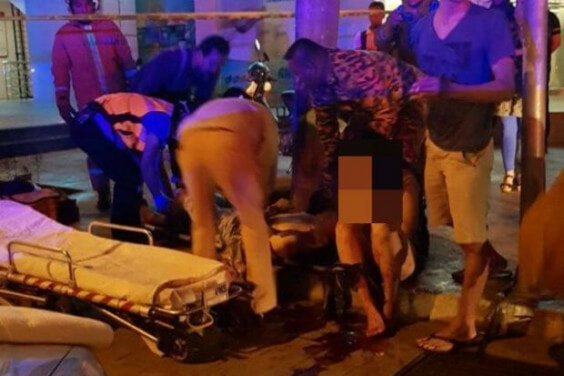 It was also reported that more than 20 customers were at the place and time of the explosion, watching the EURO 2016 football match between Italy and Spain.

A few patrons who were hurt from the explosion laid on the streets while waiting for medical attention to arrive. Images show how severe the effects of the grenades were as blood spewed onto the streets the victims were laying on.

An employee of the club has revealed that he saw two men hurling an object targeting the crowd before the explosion gone off. A team of firemen had rushed to the scene. 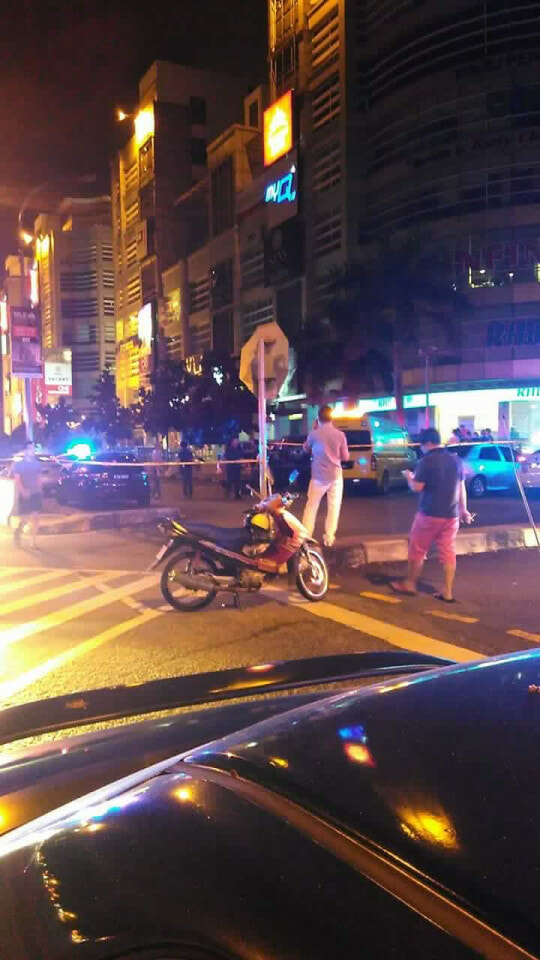 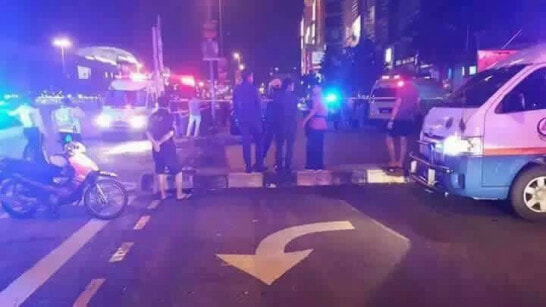 The Star reported that the explosion was not an act of terror, as confirmed by the police.

Selangor deputy CPO Deputy Comm Datuk Abd Rahim Jaafar announces that police investigations are underway to ascertain whether the attack was due to business rivalry, vengeance, or targeted at specific individuals at the scene.

In which case, the explosion is being investigated as attempted murder. 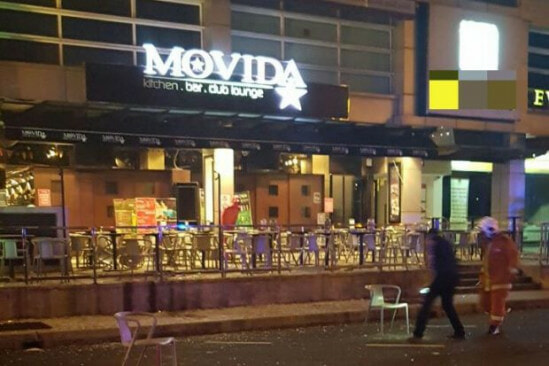 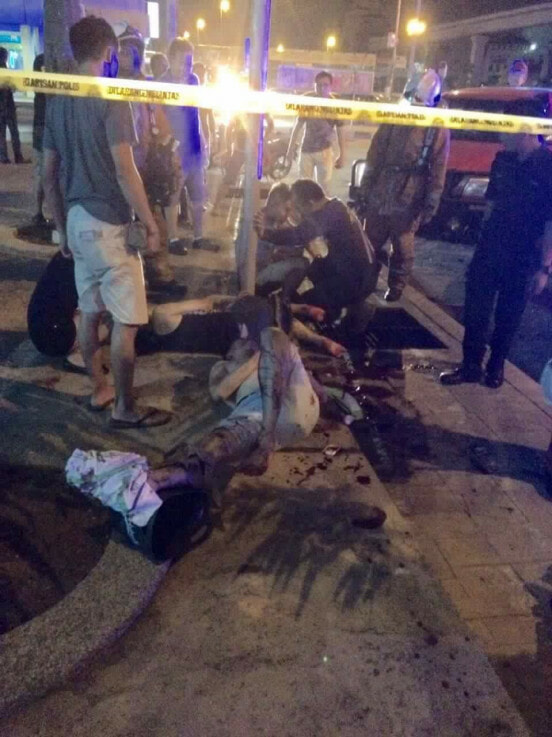 DCP Rahim has also confirmed the explosion was caused by a hand grenade.

Amongst the wounded are 4 men and 4 women, including a woman of Chinese nationality. All were rushed to Hospital Serdang and Hospital Sunway for medical treatment and attention.

Readers who learnt about the incidents were worried and wondered as to how these men obtained a hand grenade. If it’s easily obtainable then are our safety in jeopardy?