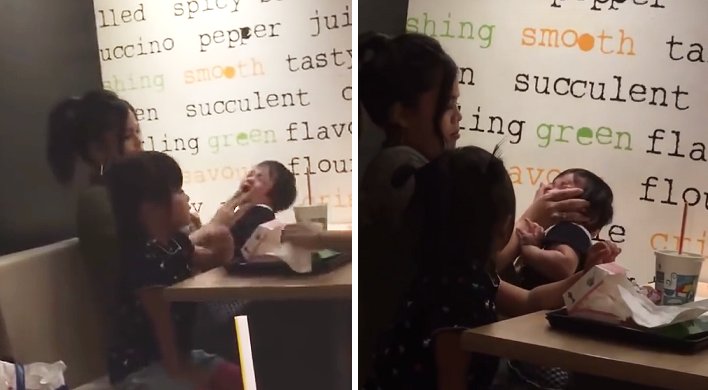 A woman was seen slapping and stuffing tissues into a child’s mouth to stop her from crying at a fast food restaurant. At one point, she even clamps down on the child’s mouth while the child gasps to breathe.

Unsurprisingly, the child cries even more in response to the woman’s abuse, who apparently was Filipino.

A small girl is seen perched next to the woman and the child, whilst another woman sits right across. Both seem undisturbed by the incident, which could be a disturbing sign that such abuse by the woman towards the child is common. 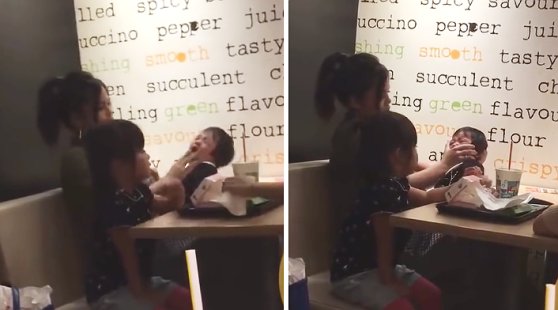 According to the person who took the video, she was heartbroken and could not bear to watch the unfolding event.

“I stopped sneaking this video and started waving at the baby saying hello and making funny faces!

“The baby stopped crying and keep on staring at me with teary eyes… I tried to get the baby attention!

“Thank God she did stop crying!”

Anger and shock has poured from concerned netizens, with some calling the woman a “beast”, and that the child should be taken away from her. 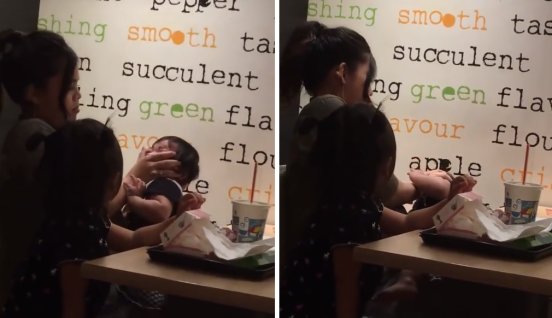 Many chastised the uploader for not confronting the mother but simply recording the incident. The uploader soon deleted her video, but not before other users personally downloaded it to share it.

Either way, it’s shocking at how calm the mother was at displaying such abuse in public.

We know what we would’ve done.