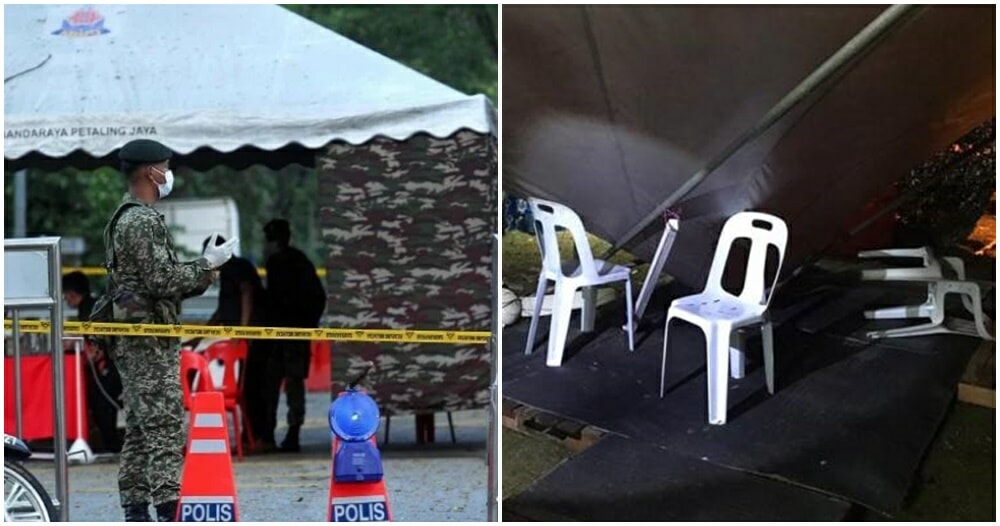 It doesn’t take going out of your house to know that PDRM officers have been working long and hard on the frontlines to ensure the safety of the rakyat during this MCO period. Rain or shine, these well-respected enforcers of the law stand firm, holding up their duties for the sake of protecting us. 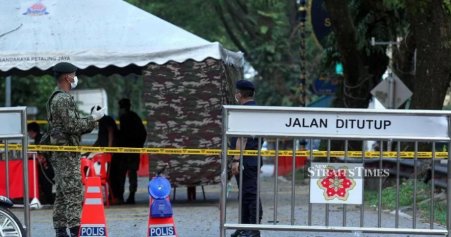 Unfortunately, one such officer suffered severe injuries to the head yesterday (7th April) after a tent set up in one of the MCO roadblocks collapsed along Jalan Permai, Jalan Pinggiran Putra, Seri Kembangan.

Ismadi Borhan, ACP District police chief, said the incident was caused by a thunderstorm and heavy rain that took place in the area at 12:30pm, causing a 20-year-old police constable to suffer severe injuries to the head.

“The victim was injured in the head, received five stitches, fractured upper limbs and was sent to Serdang Hospital for further treatment,” said Ismadi in a statement reported by Astro Awani. Along with the injuries sustained by the poor officer, the freak storm accident also caused some equipment to be damaged. 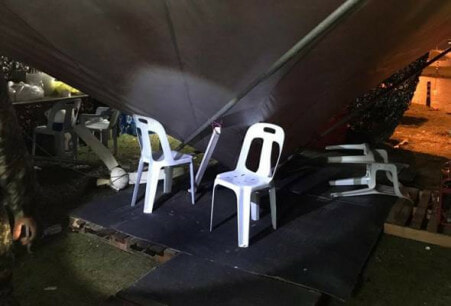 “I personally came down to see the repair of damaged equipment and the surrounding structure of the road block to provide comfort to the Royal Malaysian Police and the Malaysian Armed Forces (ATM),” assured the ACP District police chief, adding that that the ATM was led by Major Borhanuddin Mustaparudin.

Hopefully the officer recovers soon! We should never take the sacrifices that these officers make for granted. Thank you PDRM for safeguarding the rakyat! 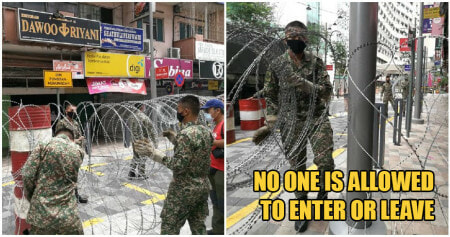