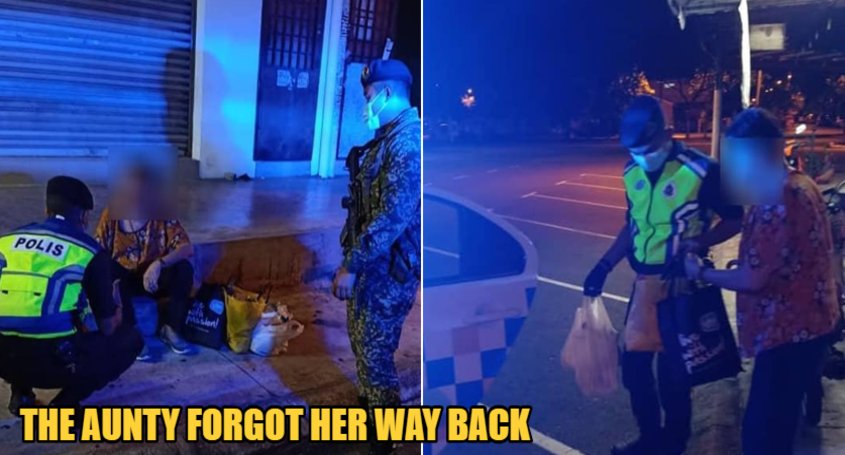 Even during Movement Control Order (MCO), our frontliners are making sure that everyone is safe and they are going the extra mile to take care of civilians.

Netizens are praising the frontliners on duty in Kota Masai, Johor because they ensured that a senior citizen went home safely after they spotted her looking lost last night (20 April).

According to the Seri Alam Police District’s Facebook page, the police had found the distraught elderly woman sitting on the steps of a shop lot, all by herself. 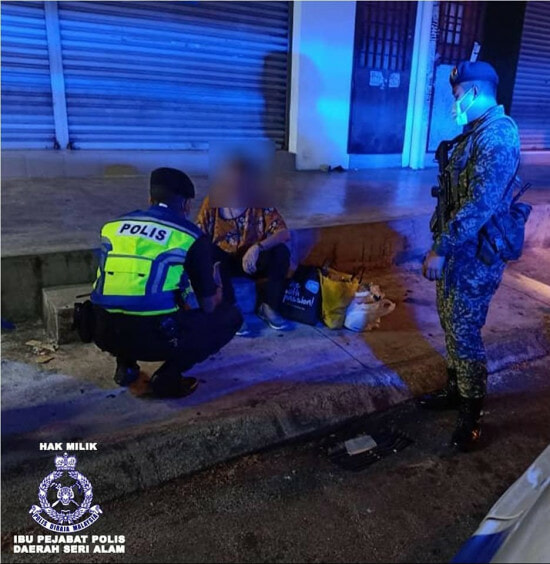 The aunty was reported to be in her seventies and the patrol team (MPV IPD Seri Alam) in that area had approached her around 9pm to check up on her. Upon closer inspection, they believed that she might have forgotten her whereabouts due to her old age.

Fortunately, they found a medical card in one of the plastic bag the aunty had and it gave the patrol team a clue on where she lives.

Using the address found on her medical card as a guide, the patrol team consisting of two police officers (Kpl Mohd Azwan bin Zainal and L/Kpl Muhammad Amirul Syafiq bin Hasan) and two other military officers had then transported the aunty back to her home which was 8km away from where she was. 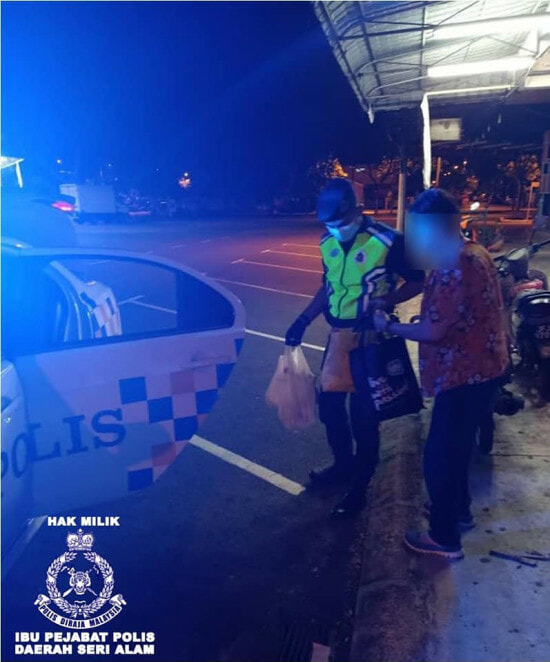 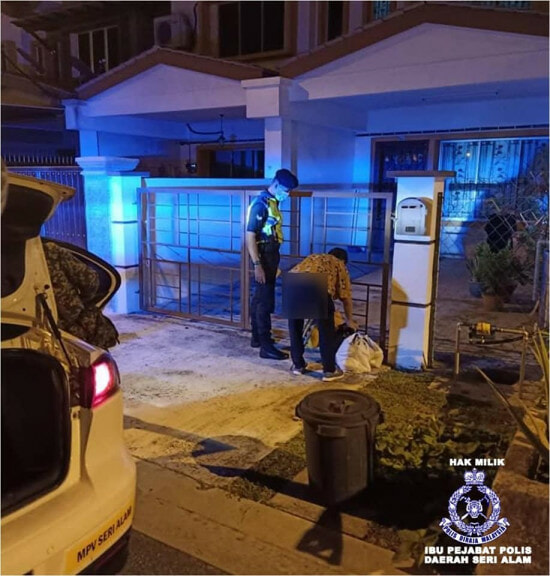 The elderly woman was believed to have left her house so she could buy grocery items before forgetting her way back home. Netizens were highly appreciative towards the patrol team’s commitment in ensuring the aunty had reached home safely. 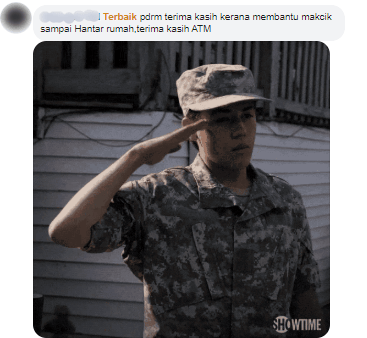 Thank you to the patrol team in ensuring that the aunty got back home safe and sound! Our frontliners are working day and night to ensure that we are all safe as MCO is in phase three now. Let’s do our part and #stayathome 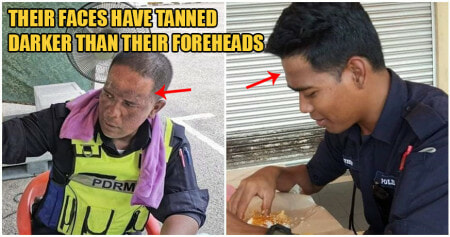