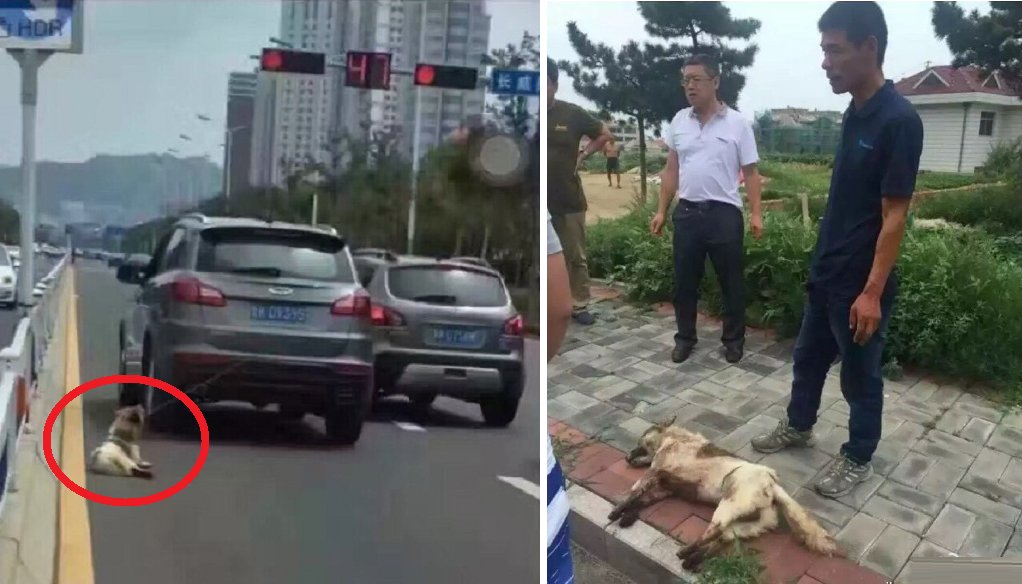 A mass of Chinese citizens was enraged when they saw a dog tied to the back of an SUV and then being dragged to death on the road, reports the Shanghaiist. 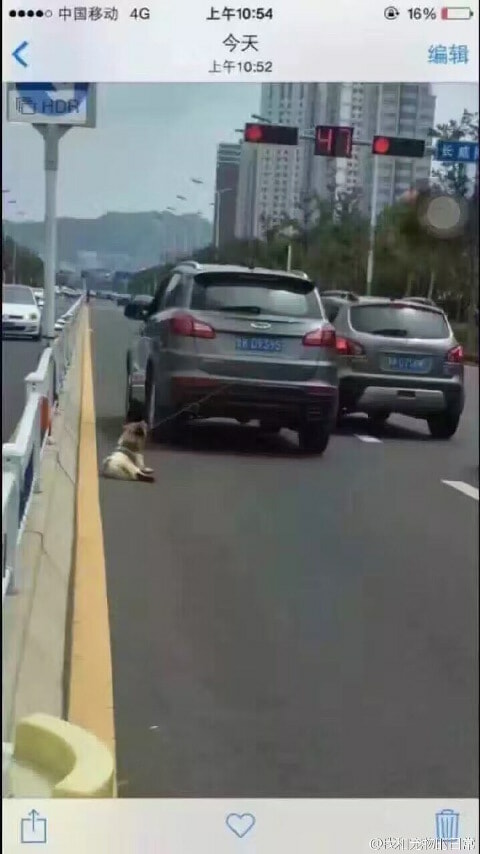 A man in Shandong had apparently tied his pet dog to the boot of his SUV, then claimed to have ‘forgotten’ all about it and drove off.

The poor dog was dragged to death along the road in the Shandong province. The gruesome and cruel incident was recorded by a passerby. 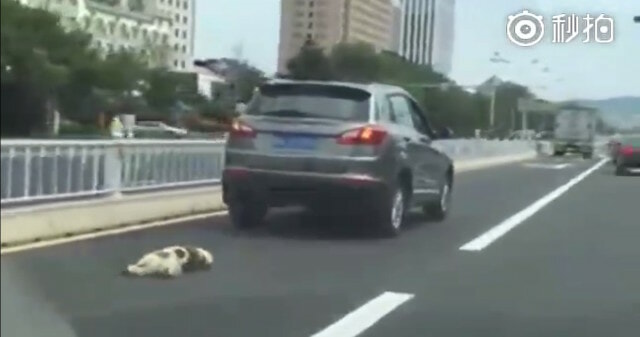 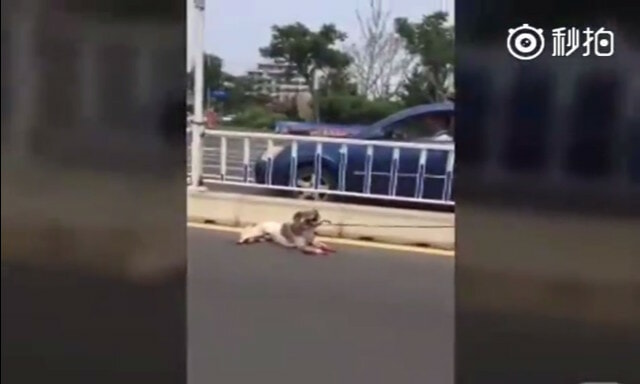 It also showed how the poor dog initially tried to keep up with the car but failed to do so and ended up being dragged along the tarmac. When the car stopped at the traffic light, the dog’s paws were visibly bleeding and the dog panting hard. Once the light turned green, the idiotic pet owner continued driving, dragging the poor creature.

Eventually the sight caught the attention of pedestrians who angrily chased after the car and dragged the driver out of his SUV.

The public on the scene was so mad that they started punching the SUV driver, but it was too late. The pooch’s wounds were too severe and it died shortly on the road afterwards. 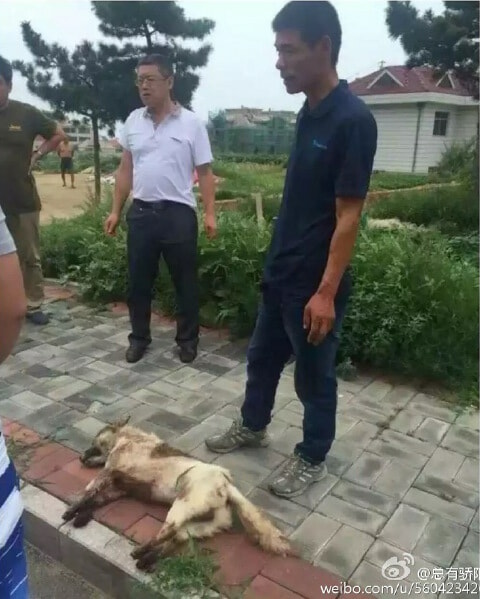 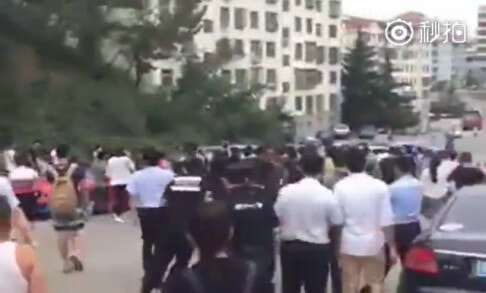 Authorities arrived shortly to stop the fight. A SWAT team was even dispatched to ensure that there was no further violence.

The video has been posted on Chinese social media site, Weibo and the driver is currently being called out by tens of thousands of users to be arrested, tortured and served with a death sentence.

A user even wrote, “I’d like to tie him to the back of my car and take off down the highway,” which garnered 8,000 likes.

It’s hard to stay impartial and objective when one hears or writes of such sad news. Let’s hope the owner gets what he deserves.