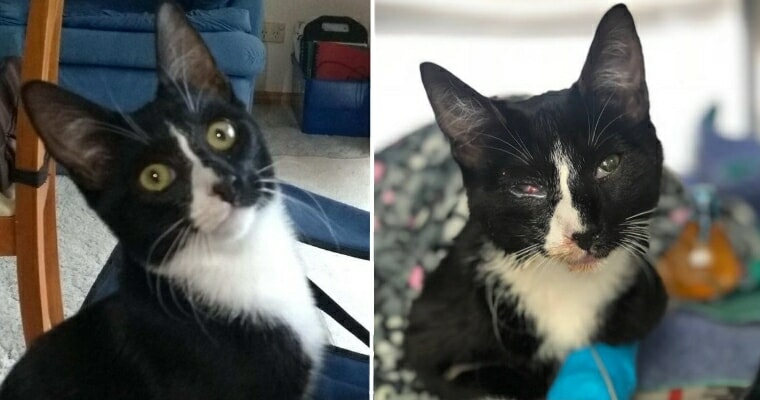 In some cultures, cats are seen as blessed creatures with incredible luck and for this cat, it’s no different.

According to a report by ABC Australia, the incident happened on just another Friday night as the Burr family found their cat missing after doing some loads of laundry.

Checking all over the house, they searched for their six-month-old kitten Poppy. After the search turned up fruitless, a horrible possibility dawned upon them and they quickly stopped the washing machine only to find their mangled cat inside.

“I think she must’ve gotten in between me moving the washing basket out and getting the second load in… I would’ve felt her when I picked the washing up if she was in the basket,” Ms Burr said. She mentions that the playful kitten probably jumped inside the machine in between loads.

“She would’ve gone through the spin cycle — it had about 10 minutes to go.” 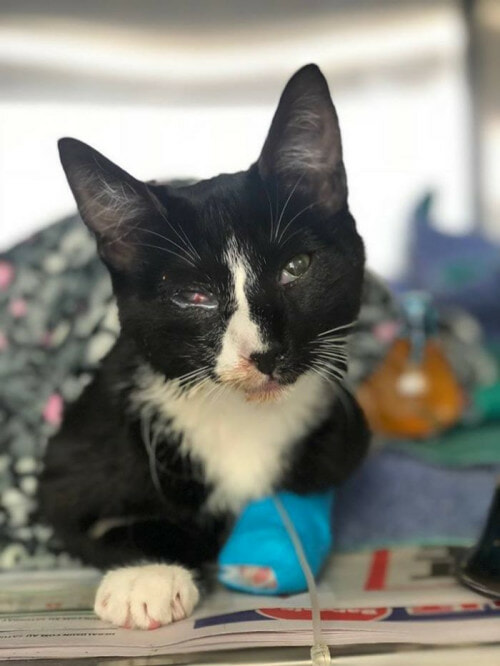 They initially thought Poppy had died from a broken neck, as the poor cat was limp and barely breathing. “The kids were just hysterical, and they’re still traumatised by it,” the woman added.

Poppy was rushed to the hospital, where she was treated by 32-year-old vet Dr Tim Laws. “I’ve seen some unusual things in my time, but I’ve never seen a cat do this before,” he exclaimed.

She had water inside her lungs, head injuries, and a badly bruised eye. She was also very concussed. Oh no, poor kitty!

“She must’ve whacked her head going round and round. It’s quite amazing that she’s survived it and that she didn’t drown. She must’ve been absolutely terrified whilst she was in there. It would have been very difficult. I suppose you’re in with the clothes but the constant whacking of her head and gasping for air… it’s probably not far from a miracle,” Dr Laws explained.

“She was very out of it [and] her temperature was below normal… She wasn’t far away from death, and if they didn’t get her to us when they did… that little kitten is lucky to be alive,” Dr Laws said. 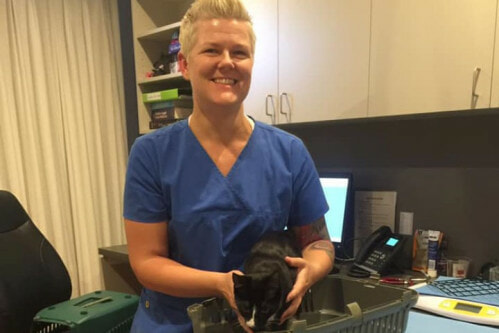 Despite almost finishing a full wash cycle, Poppy suffers no fractures nor permanent damage. Thanks to the quick and professional treatment from the veterinarians, Poppy will live to meow another day.

It’s been nearly three weeks after her ordeal, and Poppy is reportedly back to normal. Phew!

The family was initially worried the cat would hold some sort of grudge or trauma, but it seems the graceful kitty’s already put that behind her.

“It worried me after what happened, and I thought maybe she wouldn’t like us, wouldn’t let us cuddle her or pick her up, but she’s totally back to normal… She’s fully recovered back to her old ways of running and jumping off couches. You wouldn’t know what she went through,” her owner concludes happily. 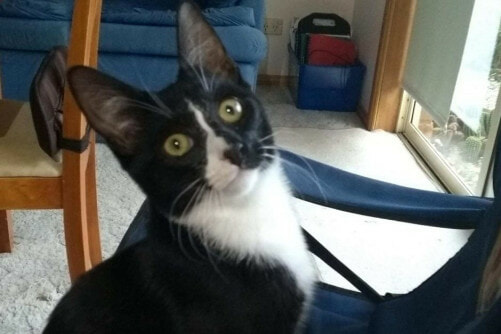 Netizens’ reactions were a mix of tongue-in-cheek relief and gratitude for the cat’s safety.

“Such a mischevious little kitten, she only has 8 lives left now. Please keep the washing machine door closed at all times!” exclaimed one netizen.

“What an amazing cat! I hope her owners love her more than ever now,” said another.

Phew, we’re just really glad that Poppy’s alright and hope her owners can learn to be more careful in the future. What do you guys think of this incident? Share your stories with us in the comments! 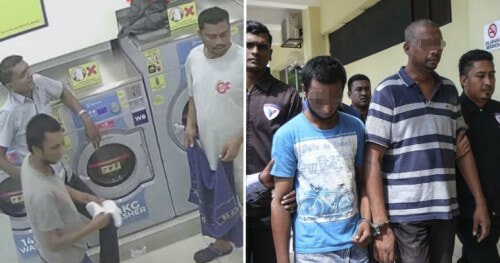