For a man who’s presidency started as a joke, then won the Republican primaries and now successfully “Trump-ed” Hillary Clinton, he’s come a long way.

This year’s United States Presidential Election is nothing short of a drama. So many scandals and insults were thrown back and forth, which ended with Trump winning, and winning big.

He has won the Electoral College Vote, the Popular Vote, the US Senate and the US House of Representatives for the Republican party. But how did he even get there? Let’s take a look.

Initially when Donald Trump announced his presidency, many called his bluff, calling it nothing more than a publicity stunt.

Then, after he won the Republican primaries, which decide who is the party’s nominee for president, things got very heated.

Mainstream media appeared to have turned on him, calling him racist/sexist/bigoted/homophobic and other much more nasty words, but he kept pulling along. 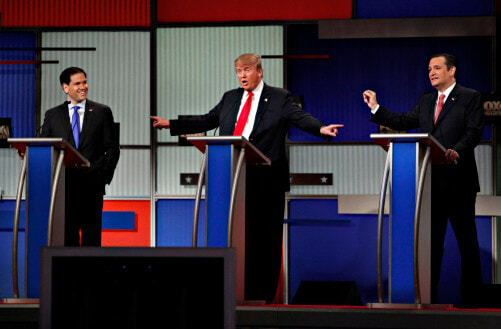 Hillary Clinton also won her party’s nomination, though a huge scandal ensued with many Democrats accusing her of rigging the election to steal the nomination from Bernie Sanders, a well-loved democratic socialist.

Bernie Sanders conceded, but many accused him of selling out to Clinton, because he was highly critical of her until her nomination where he endorsed Clinton. 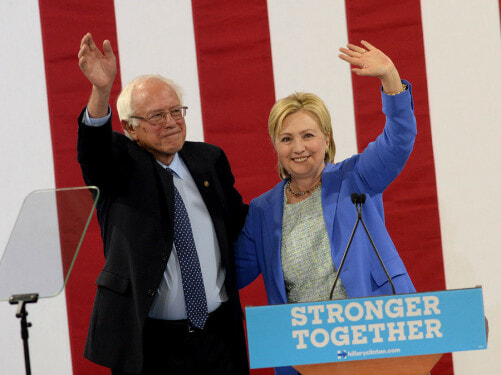 When Trump and Hillary squared off, all hell broke loose. Trump was laden with accusations of sexual assault and outright racism towards blacks and latinos.

Hillary on the other hand was blatantly accused with mishandling of government documents and was put under FBI investigation TWICE!

The fight was bloody, but after Trump won a bunch of swing states, especially Florida, Ohio and Michigan, he was almost guaranteed to win. 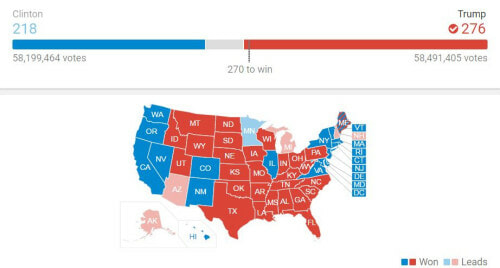 In his victory speech, which sounded oddly presidential, he mentioned that Hillary Clinton had called him and conceded. She congratulated him and his staff for all their hard work as well.

Trump also thanked her and said that the elections were incredibly hard and also extended his gratitude towards the Clinton Campaign, saying that they worked really hard as well.

He stated that now is the time for America to come together and heal from this incredibly divisive election and asked the American people, even those that did not vote for him to “help him” and that he will be a president for all Americans. 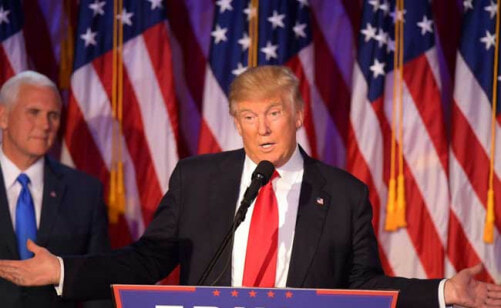 He has stated that diplomatically, he will always put America’s interests first, but will ensure that relations with other nations will be as strong as, if not stronger than ever.

The US Acting Ambassador to Malaysia has stated that he is very confident that the existing relations between America and Malaysia will remain positive, according to Free Malaysia Today.

“US-Malaysia relationship has improved dramatically in recent years. It is a reflection of the strong ties between our countries, the people-to-people relationship and the interests that have driven us”

– US Acting Ambassador To Malaysia 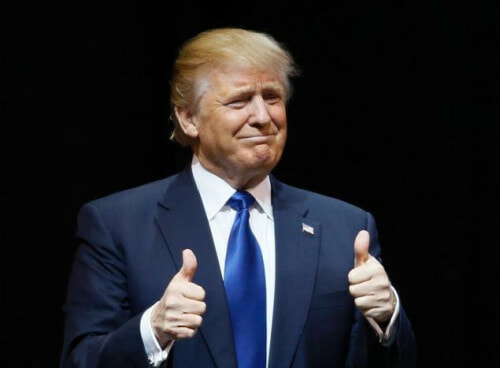 The only factor that could impact Malaysia-US ties is Trump’s opposition to the Trans-Pacific Partnership, which Malaysia is a part of.

But as Hillary Clinton is also against the TPP, it was going to happen either way. Regardless, most speculate that the relations would remain as mutual as ever, so no need to worry there.

Of course, social media is in disbelief, many even claiming that it could be the end of the world. What do you think? Could President Trump really be a good change for the world?