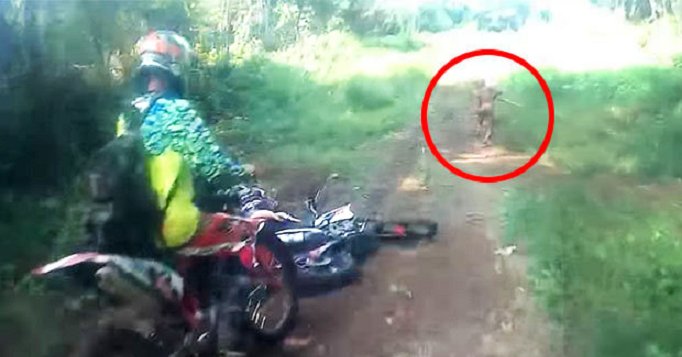 A mysterious figure was spotted by a motor trail community while they were riding through a jungle in Aceh, Jakarta, region in Indonesia. 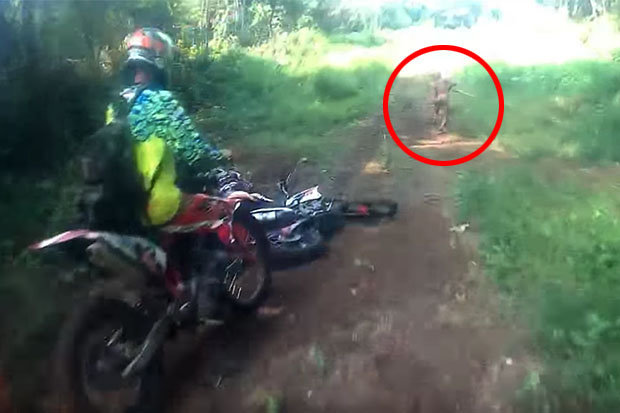 The video shows a human like figure showing up suddenly from the woods carrying a wooden stick, shocking the lead rider and causing him to fall from his bike.

However, what really baffled the people is the fact that the mysterious figure looked like a human being, but considerably shorter in size. The figure stopped for a bit while looking at the fallen rider before sprinting away, leaving the group behind.

The other riders tried to give it a chance, however they were shaken off by the figure when it ran off into the shrub and disappeared into the forest. The riders tried searching for the human-like figure, but to no avail.

There were some speculations as to the identity of the figure, with some suggesting it to be a member of the Mante tribe, an ethnic group of people from Aceh’s urban legends that is told and passed down from generation to generation about the origins of modern-day Aceh people.