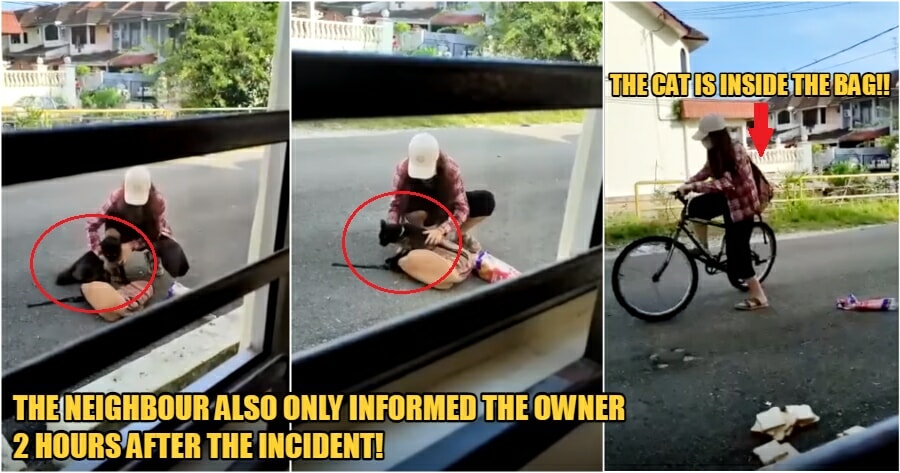 Pet theft can be a stressful and heartbreaking experience, especially when you know your little furry friend is out there somewhere, feeling scared and confused.

But, imagine discovering that the theft could have been avoided.

Fifin Anis took to her Facebook page to share how her Maine Coon, Blackie, had been stolen by a random woman on a bicycle in Taman Desa Jaya, Johor Bahru. Though, what hurt her the most was the fact that her neighbour had recorded Blackie’s catnapping without doing anything to prevent it from happening. 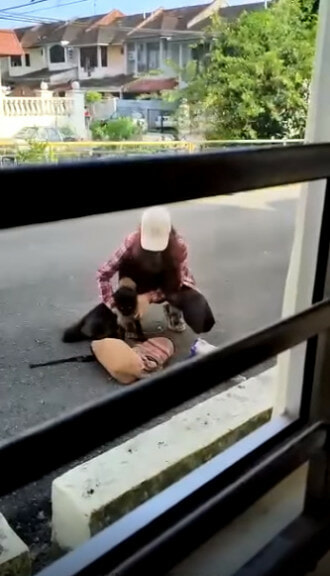 Fifin wrote, “I request for everyone’s cooperation, my cat was stolen in the afternoon (18 March) at around 5pm to 5:30pm. The woman is either Chinese or Vietnamese. Please share. Blackie (male) is a Maine Coon. The area is Taman Desa Jaya, Johor Bahru.”

She had received video footage from a neighbour, of Blackie’s catnapping. 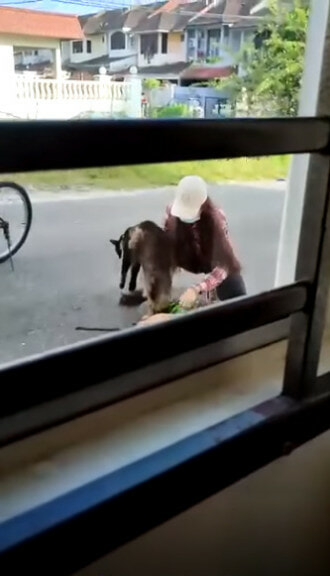 In the video, the woman can be seen trying to put Blackie into a bag. She eventually succeeded after preventing several escape attempts.

Her bag pack could be seen moving as Blackie struggled inside it.

She had then zipped up the bag, slung it over her shoulder and cycled away but not before oddly emptying out a loaf of bread onto the road. 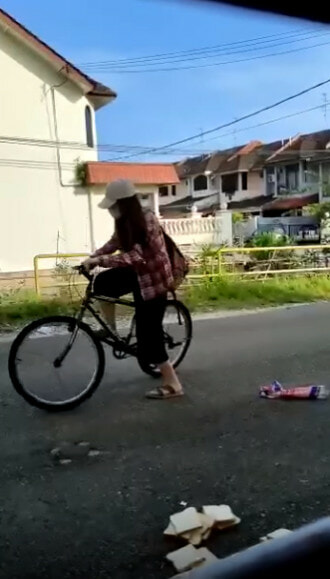 Much to Fifin’s dismay, her neighbour merely recorded the incident and sent her the footage, when the neighbour could have easily stopped the woman from taking the cat.

“For everyone’s information, the video was recorded by my neighbour at the end of the lane. Even I feel weird that they just let it happen and didn’t stop the lady who took my cat,”

“And when she told me it was already Maghrib time (7:25pm) when I was breaking my fast.”

So, the neighbour had only informed Fifin of the incident about 2 hours after it took place.

She now hopes that the cat thief is identified and that Blackie is returned to her.

If you’re someone who lives around Taman Desa Jaya, Johor Bahru, and have any information on the woman or Blackie, please do contact Fifin at +6011-11122123.

We genuinely hope that Blackie is reunited with Fifin and her family.

You can watch the videos here: 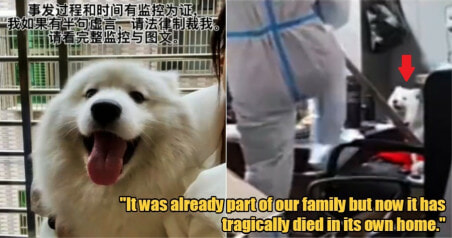