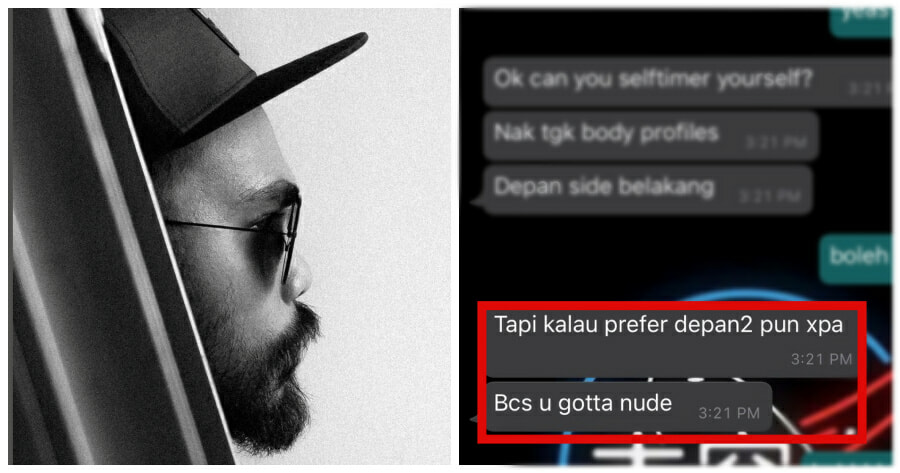 2020 has done a lot of things and shining light on the predatory behaviour of a prominent M’sian influencer is one of them.

On 21 December, Hishamudin Hashim, 32, (also known as Abeden or @tkdnxv on social media) was sentenced to 6-months in jail or fined RM3,500 after he pleaded guilty to requesting nudes from Twitter user @hygrandea, Adam Farred, 21, reports Bernama.

He was charged under Section 509 of the Penal Code which provides a maximum sentence of five years imprisonment or a fine or both if convicted.

The police report was made at 3.09pm on 23 November at Selayang Mulia, Batu Caves, Gombak. Abeden was represented by lawyer Ariff Amirul Abdul Jani who appealed for a lenient sentence on the grounds that it was his client’s first offence and the accused had heart disease. 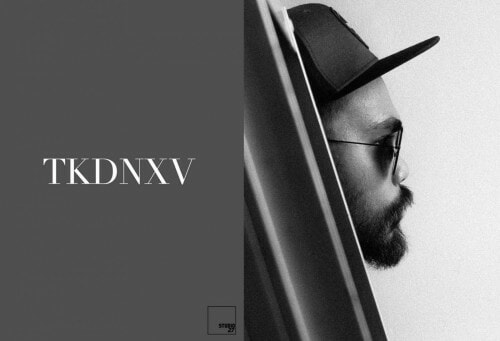 Warning others of his behaviour

On 25 November, Adam took to social media to share his story and experience dealing with Abeden who had sexually harassed him and many others.

He opens up by writing: “Hi Abeden, its time for me to reveal you for who you truly are.”

Hi Abeden, its time for me to reveal you for who you truly are. Ive been quiet bcs I was compiling all your past victims’ stories in a document(for police report), including mine. Right now, Im doing this bcs I need to be the voice for these people’s vulnerability you toyed with.

In his Twitter thread, Adam recounts the experience he had with the Malaysian influencer. He shared screenshots showing how Abeden had immediately requested photos of him nude because he needed to see his body figure to ‘cast’ him for his modelling shoot.

Abeden had wanted to do a ‘greek god’ conceptual shoot with Adam, where he would be completely naked save for a piece of cloth covering his private areas (but not his rear)– hence, Abeden’s justification to ‘see his body type’ to cast him for the shoot.

But when Adam voiced out his concerns regarding the photoshoot concept, the social media influencer continued to insist on moving forward with the nude shoot regardless, disregarding his boundaries in the process.

In the end, he still insisted on making me do it for his ‘conceptual shoot’ that I didn’t even agreed to, even while I was already making myself clear about my boundaries. I dropped my play and seek reliable sources to question his ‘casting’ method. True enough it was a scam. pic.twitter.com/NT1VSKCPiF

But Adam wasn’t the only guy Abeden had targetted. Following his Twitter thread calling the influencer out, Adam received DMs from multiple other victims, who have decided to remain anonymous, recounting their very own experiences with him.

Victim number 2, in particular, talks about how Abeden had sent him nude photos of himself as well as masturbated while they were face timing without the victim’s consent.

2. 2nd victim. Happened 3-2 months ago. This is the worst by far. pic.twitter.com/jc0z2GGTcM

Other victims of the influencer include someone who had reached out to him in a state of vulnerability and a friend who had trusted him and held him close.

In a now-deleted Tweet, Abeden had responded to Adam’s allegations on his Twitter, where he claimed that he had tried reaching out to apologise but was blocked on all social media. 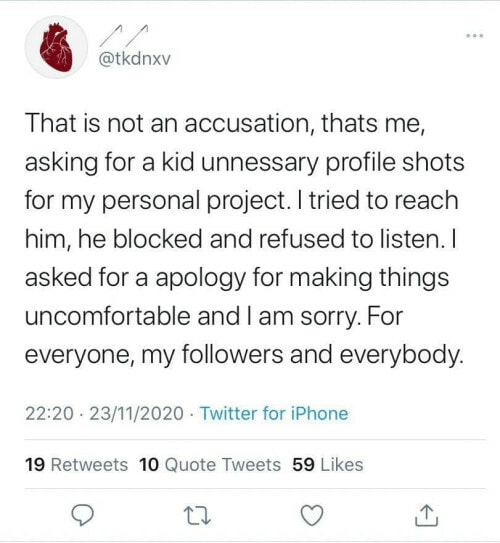 Speaking with WORLD OF BUZZ, Adam warns others to be careful when put in these situations and to always speak out against these issues.

“I think it would be to not doubt yourself if you ever want to report a sexual predatory crime. this should be a wake-up call to everyone.” 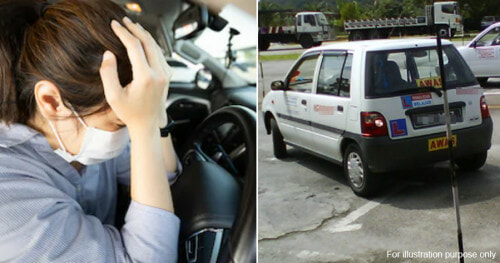