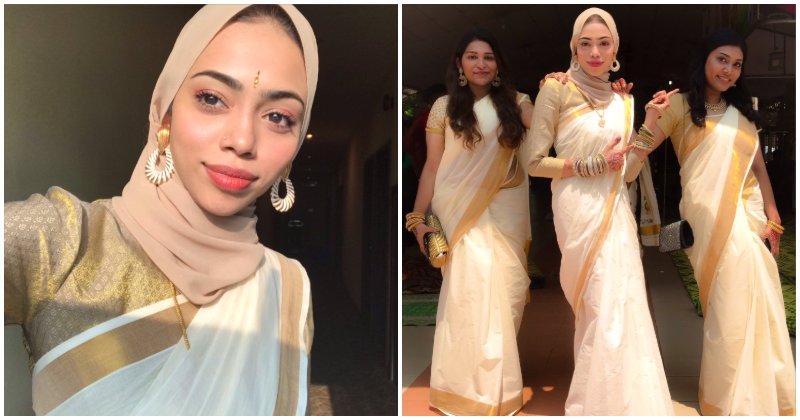 Malaysia may well be one of those rare countries where a person of a certain race or culture can wear the traditional attire of other Malaysian races and cultures without being accused of cultural appropriation, mainly because when we do it, it’s a show of respect and appreciation for each other.

Take Sadqe Saret (@jasilasyed) for instance. She took to her Twitter page to showcase pictures of herself in a traditional Kerala saree paired along with her hijab, as she was a bridesmaid at a Malayalee wedding.

And she looks absolutely stunning! 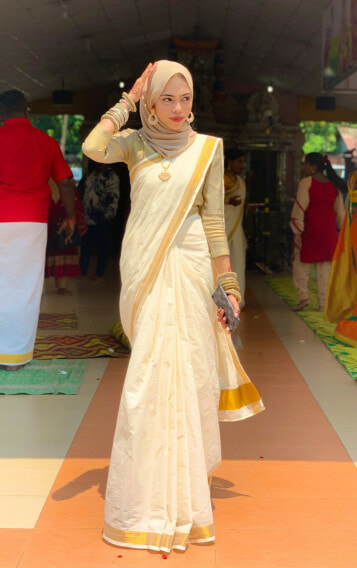 Sadqe’s integration of her Muslim heritage and her bridesmaid duties even brought out the best in Malaysian netizens. 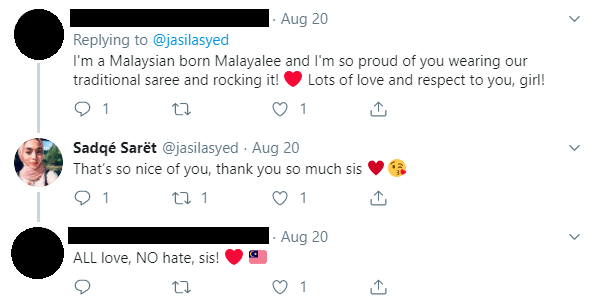 Sadqe even incorporated long sleeves with her saree blouse, compared to her Indian bridesmaid counterparts, to ensure that she was still in line with her religion’s teachings. What a wonderful way to integrate both religions!

Her posting has since garnered over 832 retweets.

As a Malayalee girl myself, she definitely did that Kerala saree more justice than I ever could. 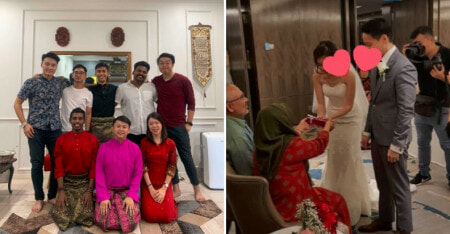