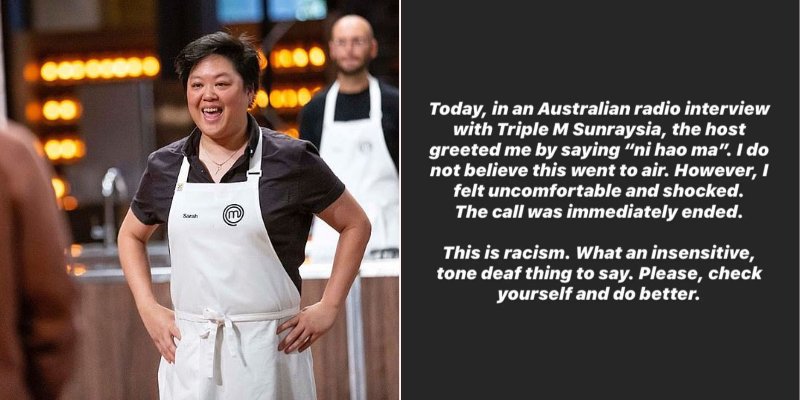 Racism truly is a huge issue right now since the Black Lives Matter (BLM) movement reached it’s peak after the George Floyd incident. Many have since taken the opportunity to speak up against the racist behaviour that they themselves had to tolerate.

Though, others are taking this time to reflect on what should be considered racism and what shouldn’t be.

Sarah Tiong, a Masterchef Australia contestant recently took to her Instagram Story to speak out against an encounter she had with an Australian radio host which she deemed to be racism. As according to Mothership, Sarah became upset after the host had apparently greeted her by saying, ‘Ni Hao Ma’, the Mandarin equivalent of ‘how are you?’. 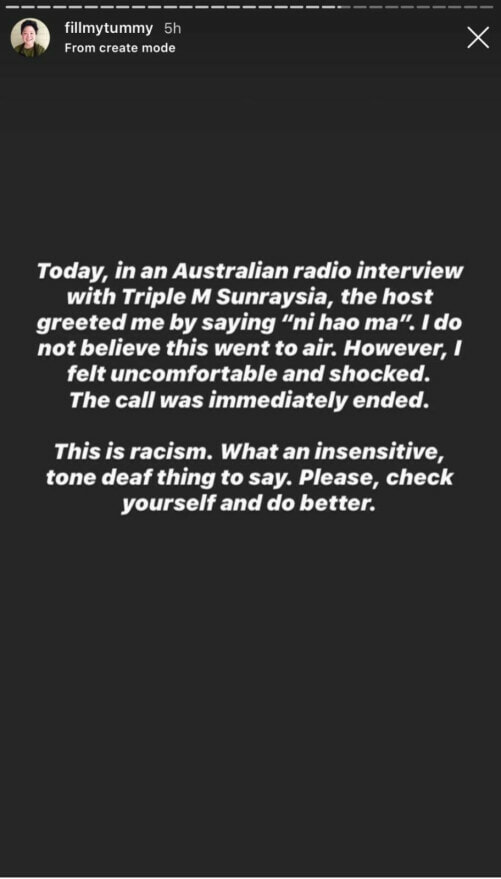 She wrote, “Today, in an Australian radio interview with Triple M Sunraysia, the host greeted me by saying ‘ni hao ma’. I do not believe this went on air. However, I felt uncomfortable and shocked. The call was immediately ended. This is racism. What an insensitive, tone deaf thing to say. Please, check yourself and do better.”

Though, many didn’t share her concern and took to the comments to voice their opinions on the matter, stating that Sarah may have overreacted as the host could have just been trying to start a conversation.

Sarah, who was born in Australia to a Malaysian Chinese mother and Malay father, took to her Instagram Story to explain as to why she believes the situation should be deemed as racism. 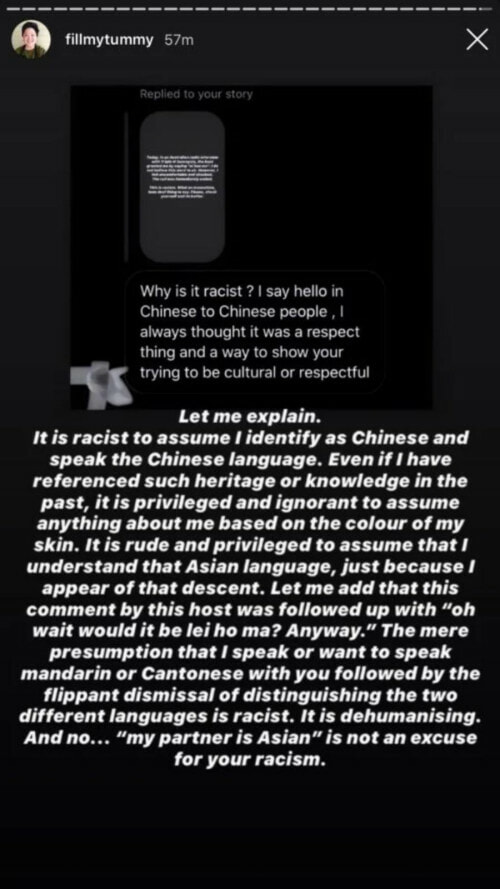 She wrote, “It is racist to assume I identify as Chinese and speak the Chinese language. Even if I have referenced such heritage or knowledge in the past, it is privileged and ignorant to assume anything about me based on the colour of my skin. It is rude and privileged to assume that I understand that Asian language, just because I appear of that descent.”

Was the radio host just trying to be nice or does Sarah have every right to be angry?