If you have a dog who always licks your hands or legs then you might seriously reconsider it after you read this!

A man from Wisconsin, United States of America, had to have his legs and hands amputated after being licked by a dog, Washington Post reported. According to USA Today, it all started more than a month ago when 48-year-old Greg Manteufel began having flu-like symptoms, including fever and vomiting. His wife, Dawn Manteufel rushed him to the hospital the next morning after noticing he became delirious, and he was running a high temperature.

Upon arrival at the hospital, she discovered that her husband was covered with bruises all over his body like he had just been beaten with a baseball bat. Within a week at the hospital, Greg lost his legs and hands.

It was reported that Greg suffered a rare blood infection after deadly bacteria from dog’s saliva went into his bloodstream, causing sepsis or more commonly known as blood poisoning from bacteria. The sepsis caused the formation of blood spots that looked like bruises all over his body.

#DYK #Capnocytophaga canimorsus has been associated with #dog bites and has been isolated from canine oral cavities. pic.twitter.com/OmUp5qHyUs

The bacteria, known as Capnocytophaga canimorsus, is commonly found in dogs and cats. This is usually present in the saliva of most healthy dogs and is generally not harmful to humans. However, in rare cases, the bacteria can poison the blood and cause death.

It is also noted that Capnocytophaga canimorsus is commonly transmitted by dog bites and is life-threatening to those who suffer from alcoholism or asplenia, which refers to the absence of normal spleen function.

The doctors tried treating Greg with antibiotics but severe clots blocked the flow of blood in his body, causing tissues and muscles to die. To save his life, the doctors had no choice but to amputate his legs from the knee down, and then his hands.

“Why him? Why did this happen to us?” Dawn asked.

Dawn claimed she does not know which dog carried the bacteria as her husband had been around eight dogs, including one that belongs to them, before he fell sick.

“He loves dogs. He would touch any dog; he doesn’t care.” 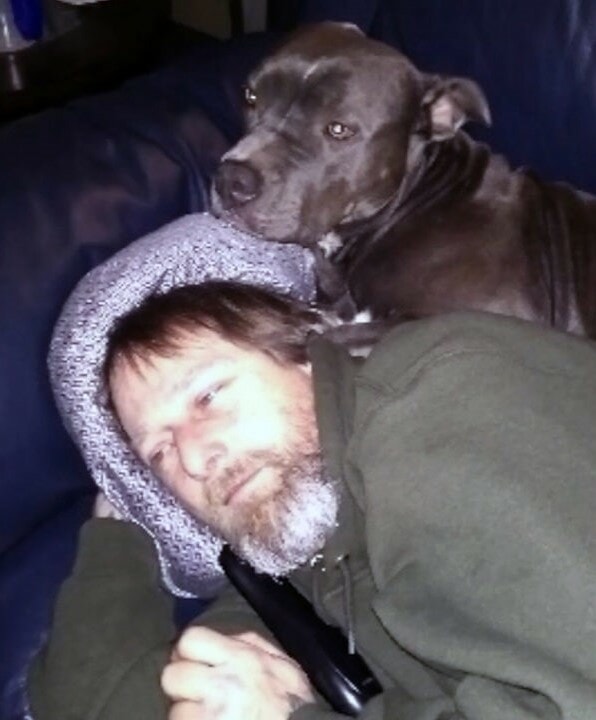 Greg has been at Froedtert & the Medical College of Wisconsin in Milwaukee for about a month now. He had just undergone a surgery to remove dead tissue and muscle from what is left of his lower body. He will have more surgeries again this week to clean up dead tissue.

His wife told Washington Post that her husband is in good spirits. He has come to terms with what he has lost, and accept the fact that he will now have to live an entirely different life, relying on a power wheelchair.

The patient, who paints houses for a living, can no longer ride his favourite Harley-Davidson motorcycle. This is devastating.

“He told the doctors, ‘Do what you have to do to keep me alive,’ ” Dawn said. 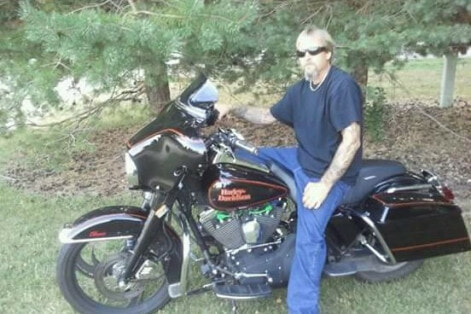 Dawn added that he may have to go through a nose reconstruction surgery because the lack of blood has caused it to turn black. A GoFundMe campaign has been set up to help the family with the expensive treatment.

They plan to move back to Greg’s parents’ one-level home temporarily so that he can move around easily. Then they would sell their house to buy a one-story house.

“There’s no choice. We have no choice but to be positive and make the best of it,” Dawn said.

This is a really tragic story. We hope that Greg will be able to recover as soon as possible and lead a happy life with his beloved family. Next time, you might want to reconsider allowing your dog to lick you! 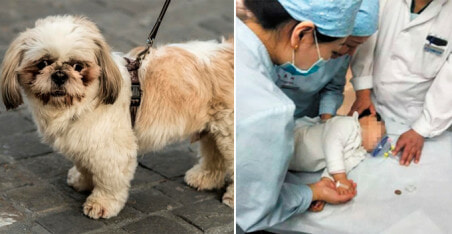