Looking for a job may not be the toughest thing in the world. However, nailing a job in a reputable firm in a major city requires an additional edge and finesse. 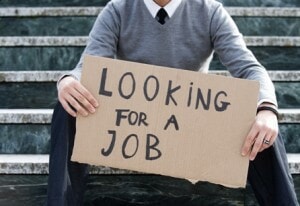 Lukas Yla is a young marketer who recently moved from Lithuania to the big and vibrant city of San Francisco, California. Like most people who moved to big cities, Yla aims to secure a job with a promising future. With 5 years of marketing experience under his belt, Yla set out to tackle the competitive job market of Silicon Valley.

“As a marketing professional with more than five years of experience, I knew that to stand out from the crowd and grab attention I had to make a bold move,” Yla he told Business Insider. 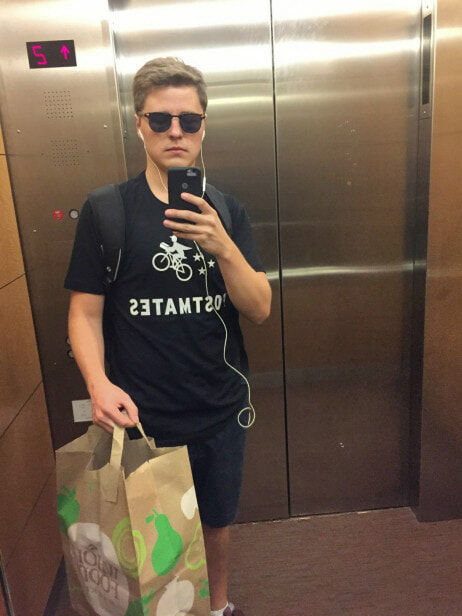 Yla eluded the conventional way of job application with its overflowing pool of candidates and decided to reach out directly to the big guns of the company. So instead of the usual resume application via email, in a very simple yet ingenious plot, Yla decided to pose as a Postmates delivery man and delivered boxes of the Mr. Holmes Bakehouse doughnuts.

Little did everyone know, it wasn’t just boxes of doughnuts he was delivering. Yla had smuggled his resume into the boxes of pastries that would usually go to the marketing VP, CMO, or CEO of a company that he wished to join, reported Business Insider.

At times, Yla would be able to secure a few minutes with an executive, but mostly he would leave the boxes of pastries at the reception. 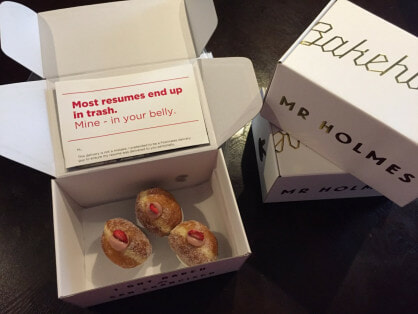 Each box would contain a message that reads, “Most resumes end up in trash – mine in your belly”. Below the message would be Yla’s pitch and a Bit.ly URL which would direct you to his LinkedIn profile. Now, that’s thinking out of the box!

“In reality, it was a precisely crafted campaign that went through many different iterations,” he said.

“To maximize my ROI and land an interview, I did multiple campaign A/B tests with different sizes of companies, target audiences, and copy. The short Bit.ly URL also allows me to track who visits my LinkedIn profile and when, so I am constantly improving my campaign.” 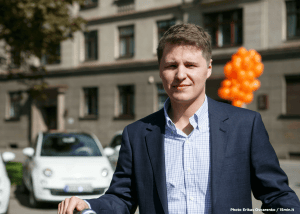 So far, Yla has delivered a total of 40 boxes and have scored over 10 interviews. While the interviews look promising, Yla makes it known that his options are still open and that anyone with an offer to make should reach out to him. He is determined to close the best deal.

“I am chasing my dream and doing everything that’s in power of me,” he told Q13 News in an email.

“I think that 40 deliveries are just a drop in the sea.”

While his unorthodox approach might seem brilliant to many, Yla himself wasn’t as optimistic but still nevertheless, determine.

“Doughnuts help cut through competition, grab attention of potential employee, and I hope people understand that I want to show my decision making and problem-solving skills this way,” he said.

Taking risk is easier said than done. But then again, whenever in doubt, ask yourself: “What do I have to lose”?