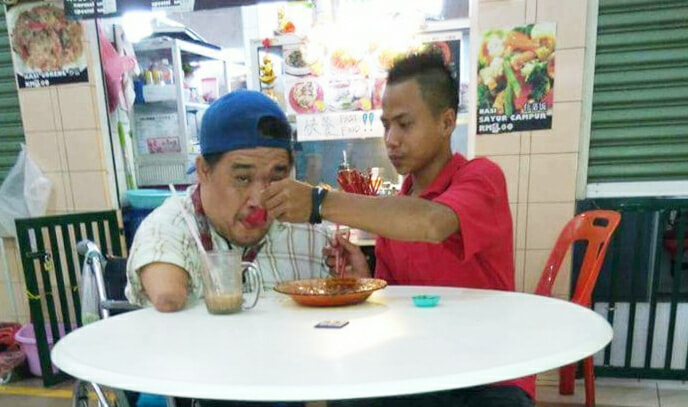 While many non Muslims won’t fully understand how it feels, we are aware that the month of Ramadan can be very difficult. Not being able to eat or drink even a drop of water for many hours in a day makes every day is a battle!

While some non-fasters don’t give a damn, and some who are fasting are overly sensitive, mutual respect and tolerance are much needed during this challenging time.

A post by Borneo on Facebook has gone viral due to the nature of its picture. The reason why the picture has cause such a stir is because it depicts a young Malay boy spoon-feeding a handicapped Chinese man. The fact that he did it during Ramadan made it even more heartfelt by every Malaysian.

The post reads, “Please share. Don’t just be afraid to look at people eating in front of us during the month of Ramadan. Salute this teenager in Kuching, that is able to spoon-feed.”

“A Malay teenager, although fasting during Ramadan didn’t let it get in his way, he helps spoon-feed this Chinese man that is handicapped.” 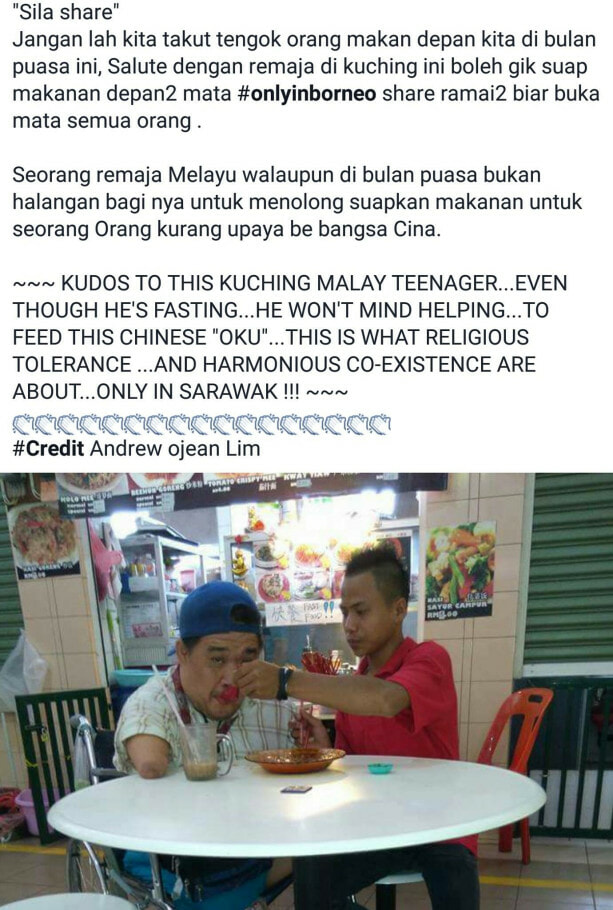 This picture of the compassionate teenager has sent ripples through the internet, causing many to praise him for his bravery and kindness.

Many has commended him for his act and were touched that the young man who was supposedly fasting held his hunger to help feed the handicapped Chinese man. So much more other Malaysians said that he definitely earned their respect.

Below are some people who shared their views of the post. 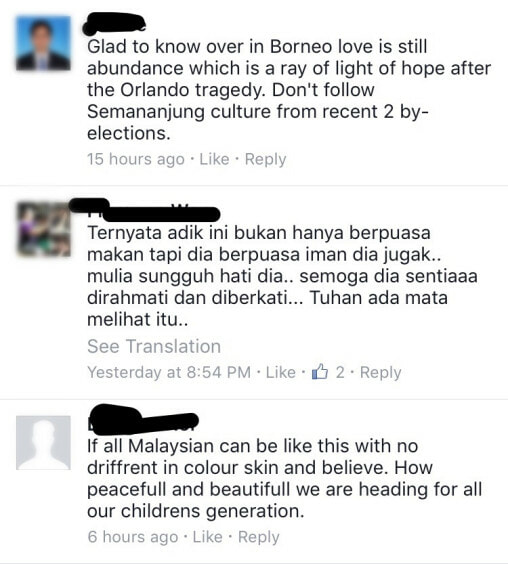 Most of the attention received were glad to witness such kindness in modern society, especially since it was demonstrated by a minor.

While some others compared it to other controversial incidents. Many also did not hesitate to point out the differences in the Malays of east Malaysia to west Malaysia. 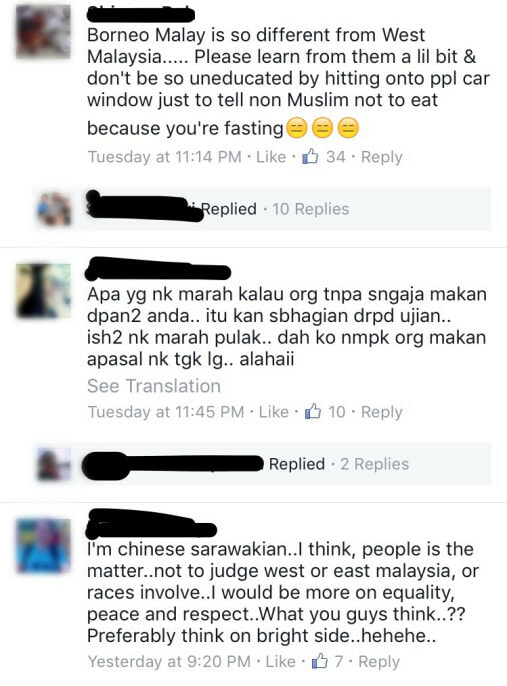 Regardless, what the young man did has inspired many more others. It also goes to show that there is no ‘bad’ race, but only foolishness of individuals. Despite that, I believe all of us can put aside our differences and learn a thing or two from the young boy in the picture.