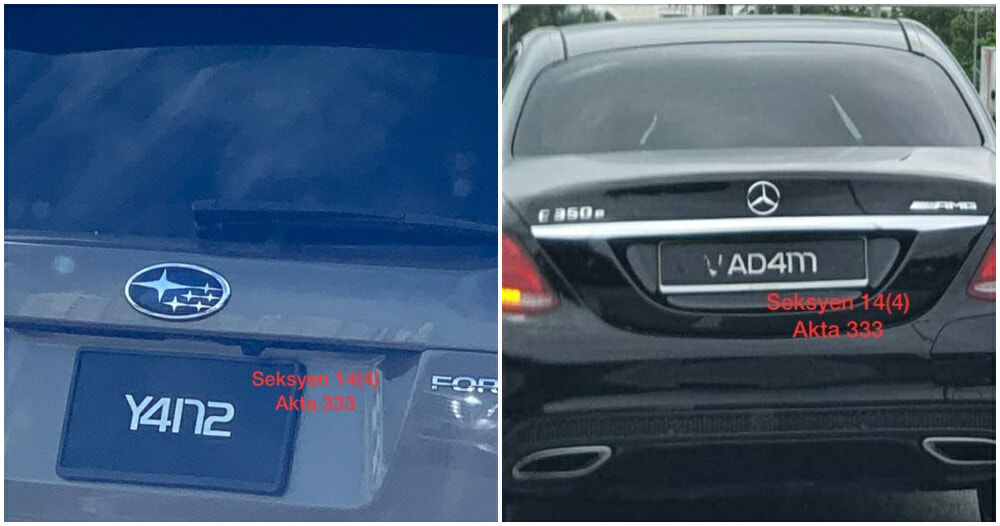 Something that perhaps not many Malaysians know is the fact that anyone can get summoned for using fancy number plates on their vehicles.

Recently on 4 November, the Road Transport Department (JPJ) took to their Facebook page to remind motorists that installing fancy number plates is against the law.

In the post, they said that motorists are advised to comply with the rules of installing vehicle registration numbers according to the specifications set under the Road Transport Act (APJ) 1987. Those found violating the rules will be fined between RM300 to RM3,000. 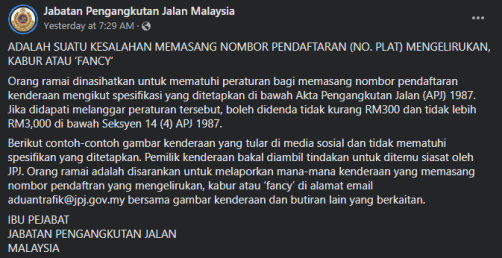 JPJ’s post then continued on by showing some examples of pictures of vehicles that had appeared on social media that have number plates which do not comply with the set specifications. 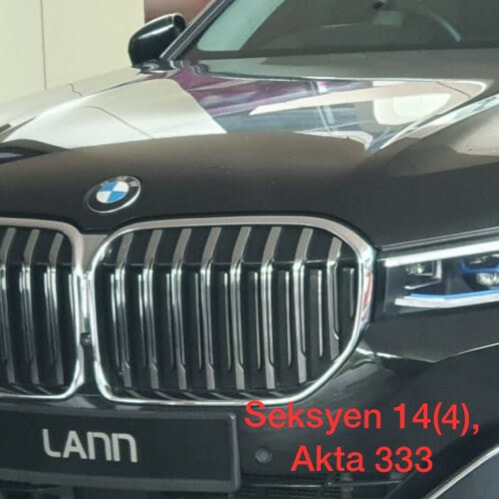 “The owner of the vehicle will be taken to task to be investigated by JPJ,” it reads.

According to The Sun Daily, in March alone there were 76 notices that were issued to motorists for using fancy registration number plates. 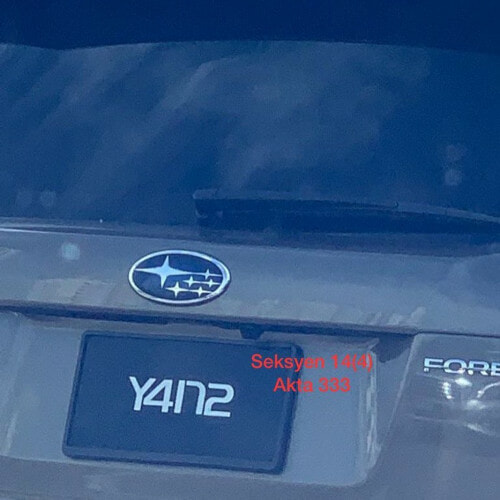 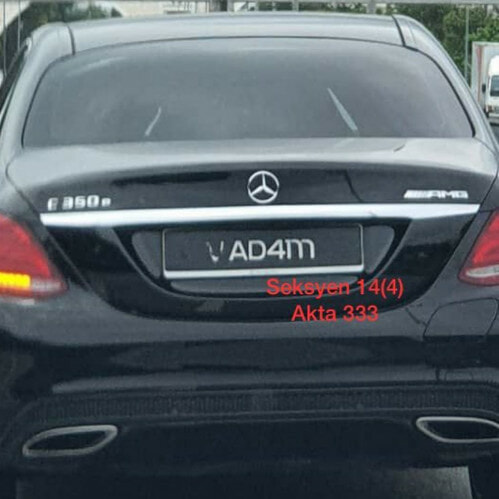 “People are advised to report any vehicle that has a confusing, vague or ‘fancy’ registration number.”

JPJ added that any complaints can be made through [email protected] along with vehicles photos and other necessary details. 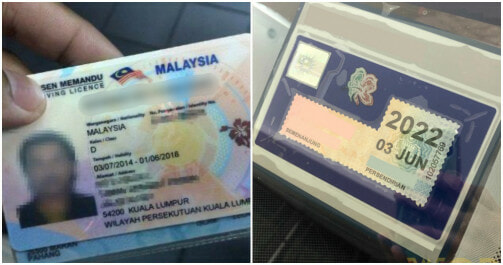