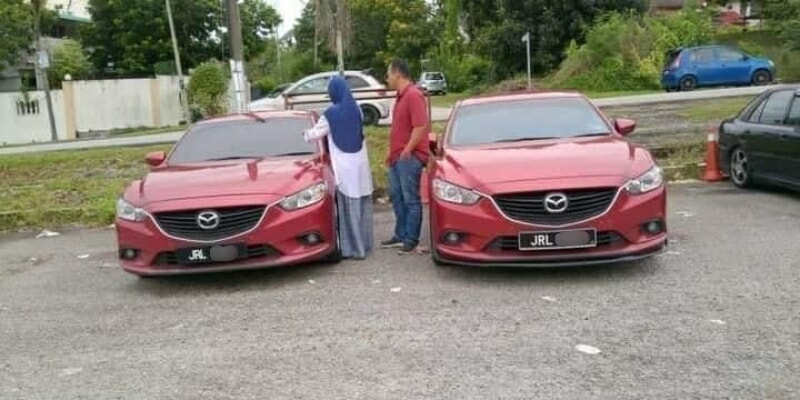 Imagine following all the speed limits and other road rules, only to come home and discover that you’ve received speeding fines from another state.

Well, that’s what happened to a Mazda owner in Johor.

The Info Roadblock JPJ/POLIS Facebook page took to their profile to showcase two red Mazdas with the same number plate. It turns out that someone from Bangi had the same car, with the same colour and number plate (and roadtax) as the owner from Johor. 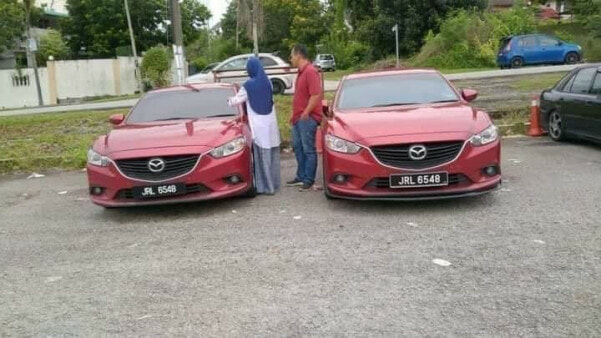 They wrote, “Unable to stand getting speed-trap fines and other fines from places he’s never been, the owner of the Mazda from Johor tracked down their twin until they found him in Bangi. Even the roadtax is the same.”

Considering that the samans are going to the man from Johor, it’s only fair to assume that the car from Bangi impersonated the car in order to get away with paying for their speeding and other road crimes. 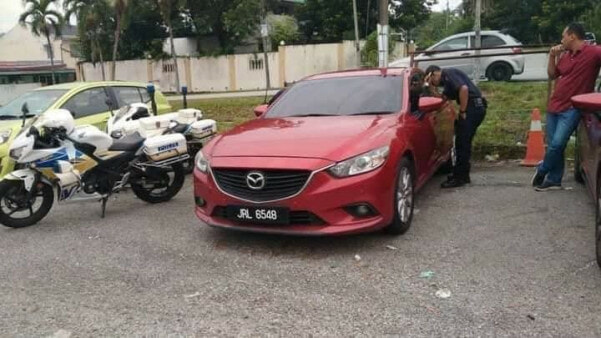 While some netizens praised the owner of the original car for somehow finding the copycat (or shall we say, copycar), others questioned on whether ethics have been broken within JPJ personnel for the copycar to obtain the same roadtax.

Either way, we’re happy the original owner managed to find the copycar before the perpetrator could rake up any more samans. 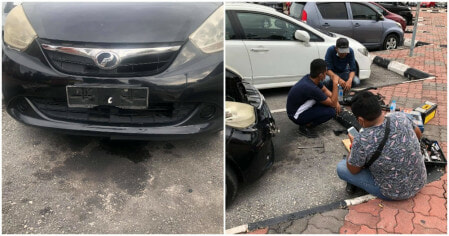