It’s not the first time we have heard about famous personalities committing crimes or doing reckless actions that subject them to public scrutiny!

This time around, it involved a Singaporean social media influencer who publicly shared clips of her “hitch driver” driving recklessly on the road.

The influencer, identified as Chloe Teo, not only filmed the video but also egged the driver on, as reported by NextShark.

She uploaded videos of the dangerous ride on her Instagram stories:

She was heard saying, “I think my hitch driver is crazy!” and even captioned the video, “Best way to end the night, y’all. I give him 20/10″.

In her second Instagram story, she was seen having a casual chat with the driver and the passenger in the back, laughing while asking, “Enjoying, right?”

The video was captioned “F*cking insane I love this fella”.

In the last video, the camera shifted to the dashboard, revealing that the car was speeding at 192 kilometres per hour!

The passenger sitting in the back can be heard asking if there were cameras along the road. A caption on one of her Instagram stories documenting the crazy ride read,

“If your man cannot do this he’s not worthy to be your man BAHAHAHAHAABBAHA.”

Teo was seen laughing in all three videos, clearly showing that she was enjoying the ride.

The car was speeding way beyond the general limit of 50 kilometres per hour. According to the Singapore Police Force, speeding above the limit by more than 60 kilometers per hour would cause the driver to incur 24 demerit points, and to have his driving license suspended for 12 weeks.

Instagram stories only last 24 hours by default, but netizens were quick to save Teo’s video clips and shared them online. Kantoi!

Many posted their comments about the incident on a forum, criticising their reckless driving. One of the netizens claimed to have lodged a police report against Teo and the other two.

Reckless driving is a selfish act! Not only are you endangering your life, but also those around you! Social media influencers should be more responsible and be aware of how their actions can affect the public. 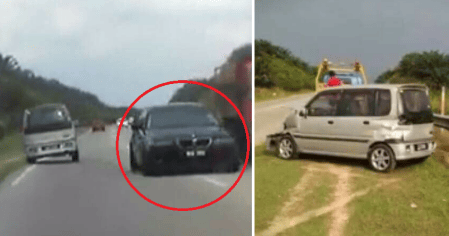