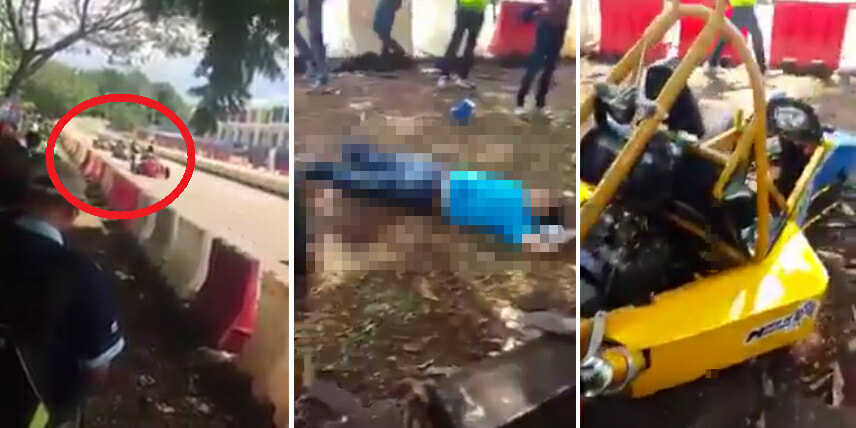 Warning: Article contains images that may be disturbing to some.

In a mortifying video that surfaced recently on social media (and causing HUGE anger), a family has been torn apart in what appears to be a case of poor safety standards. 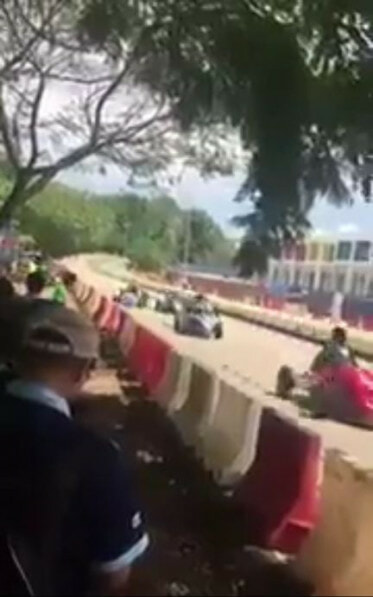 The incident took place at the Indera Mahkota Sukpa Complex in Kuantan, during the Go-Kart Education Innovation Motorsports and Automative Race (Eimarace) 2016. 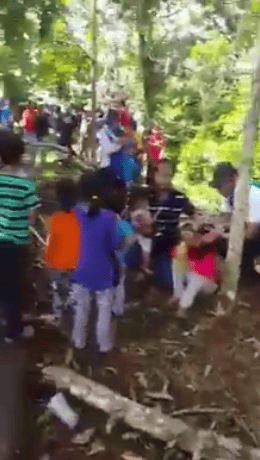 His wife, Nur Zulaikha Izwan, and 7 year old son, Muhammad Izz Danial Izwan are currently at the same hospital, being treated and are in critical condition.

The video shows the barriers were the same ‘jersey’ ones common at construction and road work zones, which proved to be utterly hopeless in preventing the 131cc go-cart from crashing through them and impacting the family who were seated.

Netizens also were furious to point out that all these supposed ‘safety barriers’ were only empty plastic barriers! 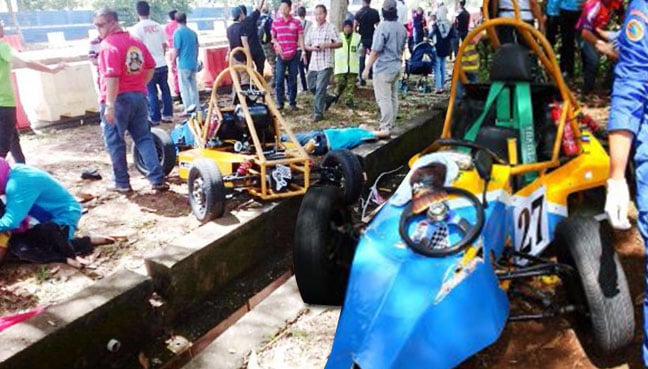 Some of the spectators who were present have come forward said that the go-kart lost control whilst attempting to overtake another vehicle. The race has since been cancelled in lieu of this tragedy.

Kuantan’s Deputy Police Chief has confirmed that other spectators have been injured in this incident. It is unclear if any charges will be pressed on the organizers as of this moment.

Netizens expressed their outrage that such an incident would even happen in the first place!

“This happen again… Last time in Putrajaya, now in Kuantan… Malaysian never learn safety…. Charge or not charge the organizer, it is too late anyway… Ministry should make proper guideline for organizing such event again… Real stupid.” one user wrote.

“Besides blaming the organisers, a lot of permissions will be needed for peaceful assembly especially when involving people’s safety. So who and how was it approved?? Now a life it lost. Sickening.” another one said.

Watch the ‘final destination’ moment below:

Warning: Aftermath video below may be disturbing to some.

We at World Of Buzz sincerely send our condolences to the family and hope everyone injured in this tragedy will make a speedy recovery and that better safety standards will be implemented at further events.