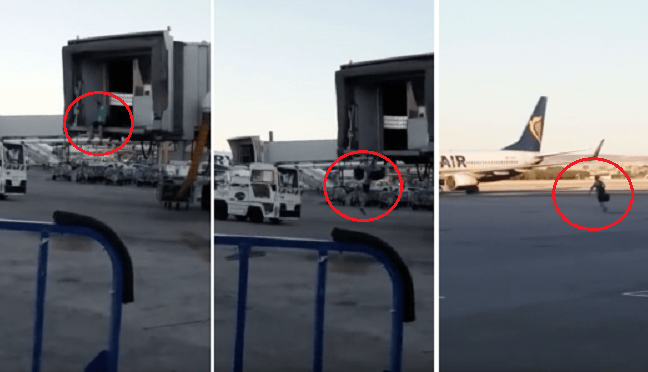 To what lengths would you go just to catch a flight? For this guy, he was willing to  jump off the departure gate, dodge security and sprint over the tarmac runway all for the sake of a flight to Canary Islands.

According to The Guardian, the unnamed traveller booked a flight with Ryanair from Madrid to the Canary Islands, but he reportedly failed to arrive before the boarding gate closed. 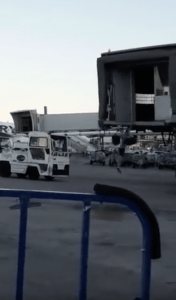 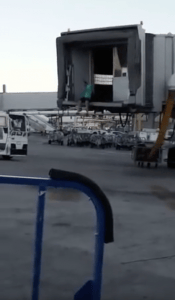 In the face of overwhelming odds, this man somehow managed to evade airport security and actually jump down the departure gate (the corridor that leads passengers into the plane’s entrance) before running across the tarmac to find his flight.

Authorities said the man was told by ground staff to wait for the police, but he shrugged it off and hunted down his plane. 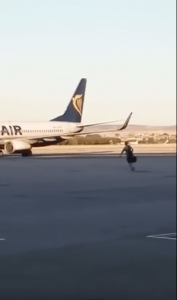 A spokesperson for Aena (Spain’s airport authority) confirmed it all: “The passenger had reached the gate with his boarding pass after clearing security. He broke through a fire escape, the doors opened and he got out that way.”

“This person had cleared security and had no terrorist motivations. He was never suspected of being a terrorist,” the spokesperson added.

Apparently, the guy later chased down the wrong plane, but once again defied all odds and finally found the right flight. He reached his highly coveted destination – Gran Canaria. Determination does pay off in the end perhaps?

The video of his airplane-chasing-escapade was caught by staff members and uploaded onto Facebook. The post captioned: “This is how passengers in Madrid behave when they don’t arrive in time to catch their planes.”

Watch his pretty epic stunt below: