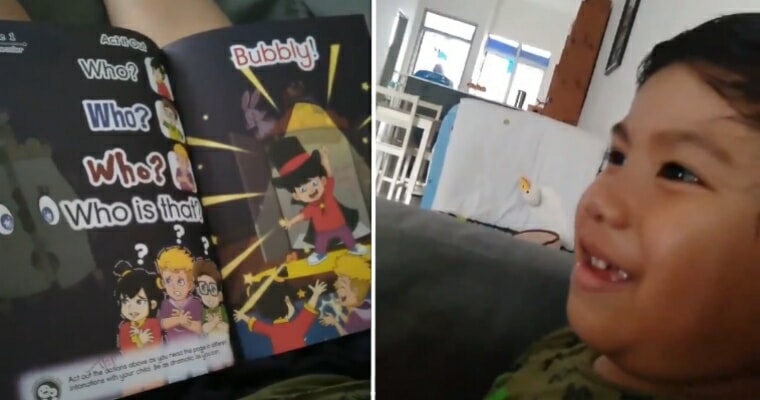 For those of us who know what it’s like to have a younger sibling, you will understand that they can equally frustrate or amuse you at the same time. Recently, a bemused Malaysian guy took to Twitter to share what it’s like to teach his kid brother English, posting a video of his experience.

Captioned, “The struggle is real. Can anyone give me any ideas on how to explain this (to my brother)?”, the video has since gone viral, with about 15,000 retweets as of this evening (4th February).

The video, posted by Khairul, the elder brother, shows him teaching his younger brother who is reading from a book.

“Who? Who? Who? Who is that?” the younger boy recites, pointing to each word as he reads.

Khairul takes the opportunity to ask his brother, “Who dalam Bahasa Melayu apa? (What is ‘who‘ in Bahasa Melayu?) Who in Malay means ‘siapa‘,” the elder brother explains patiently.

This exchange goes on for a bit as Khairul and his younger brother try to grapple with this sentence. Khairul is trying to explain to his brother what the word “who” means in Malay but it looks like his younger brother doesn’t understand what Khairul is saying. He tries to repeat himself more slowly saying, “No. ‘Who’, in Malay, is ‘siapa’.”

The boy still appears obviously confused. After repeating himself for the third time, stressing the last word, Khairul says again, ” ‘Who’, in Malay, is ‘siapa’.”

The younger boy goes quiet. Looking up at his older brother, he confidently states his name, “Alif.” Bruh, whut? There’s a slight pause as the bemused brother processes the answer, before ending the video.

In the caption attached to the video, he asks, “Does anybody have a way to explain this to him?”

Netizens were left both amused and touched at this elder brother’s attempts to teach his kid brother. Most of them gave him some tips to clearly explain the concept. 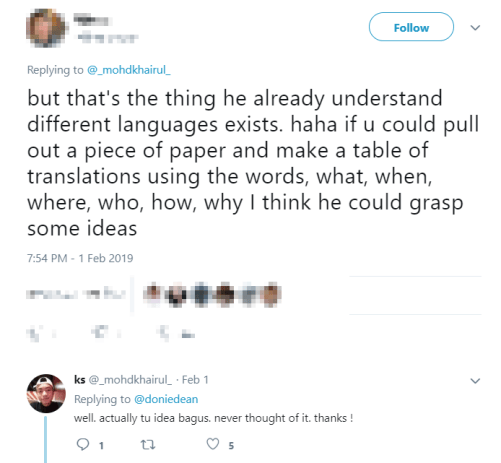 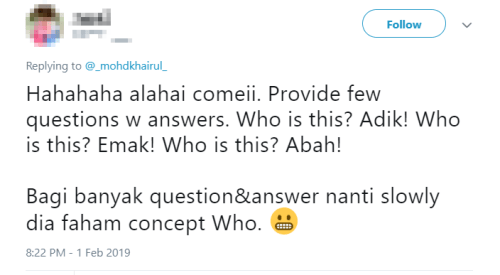 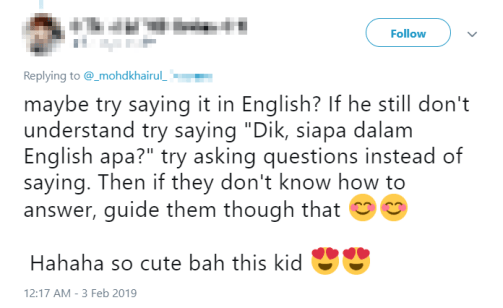 Others just urged him to maintain his patience and cheered him on.

But above all, every netizen who saw the video could feel how much Khairul cares for his younger brother.

What a sweet and funny memory to for them to look back on. We sure hope little Alif gets the hang of it soon! Do you have any funny stories about teaching younger kids? Share them with us in the comments! 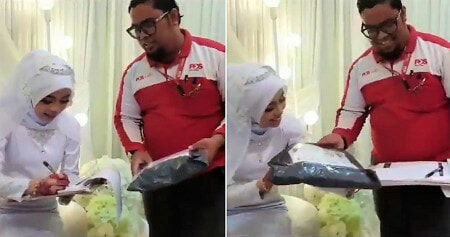