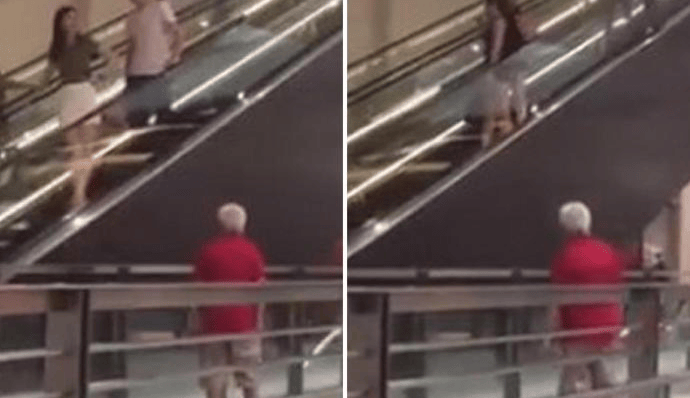 An elderly man was caught repeatedly walking close up to escalators at a shopping mall in Singapore, Bugis+, especially when a woman with a short skirt was on it.

A video that records the Peeping Tom in action was uploaded on July 13 by Kuanyewism. The clip, credited to a Mr Wu, showed the senior citizen sporting a red shirt lurking near the escalator and staring up.

According to Mr Wu, the elderly man would start to make a move when he spotted a female coming down the escalators, but when he saw they were in shorts, “he would turn away”. 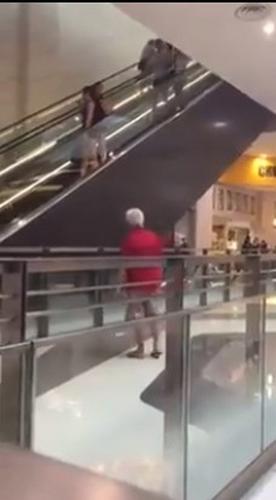 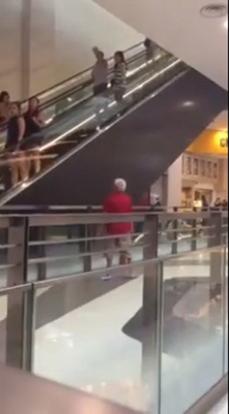 Mr Wu later confronted the man, warning him that his acts were recorded and will be reported to SPF. But the man retorted back that he was just merely seeing, and there was nothing wrong with that! Uhm wtf????

“He would walk up close to the escalator if he spots females clad in revealing short skirt. If those were shorts, he would turn away.

“We intended to report him to the Management or Police, but as he did not use his phone to perform recording acts, we reckon that he will be let off after verbal warning even if SPF steps in.”

He decided to confront the pervert after filming some ‘evidence’.

“We confronted him after the end of the video.

“I spoke to him in Hokkien, telling him that his acts were recorded and shall report him to SPF.

“As he disappeared into the crowd, we proceeded to catch our show.

“Although I pity him, I still feel that such acts are not to be tolerated. Just wanna say to all shoppers that no matter where, do pay attention to people around you, there may be perverts like him following you.”

Watch the video below and judge yourself folks.

Just no words for how gross this is.

Ladies, please watch out! Such acts could be carried around so easily during the day!