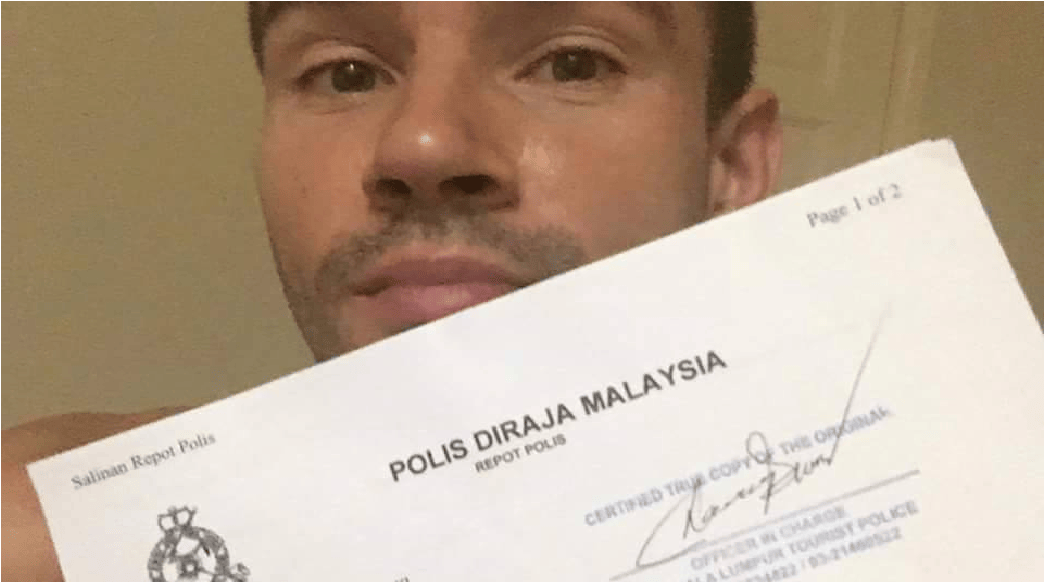 A post from a traveller named Roman recently made rounds on Facebook as he tries his hardest to make his pleas heard.

When he was visiting Dataran Merdeka, a thief snatched his backpack away. He admitted for being stupid and careless, but hopes that some way some how, he can recover his bag that contained everything he had.

“Its happened at 4.05pm in Merdeka square. That was all that I have – all my money, phone and Laptop. The most important item for me is the memories stored in the laptop.

It contained my work of my book that I’ve written for long time, maybe one year. I wrote with a lot of feelings and emotions put into it so it’s difficult to do same again. Also there were 250 GB of my photos and videos from my last 3 years of traveling around the world. I have not copied all of the files!

When the incident happened, I immediately went to make a report to the Police on the same day.

The police officer promised me to check CCTV, till now I’m STILL WAITING FOR THIS.

I think I noticed the person who took my bag, but would just need proof from the CCTV. I came back to Merdeka square for a check, and i see there a lot of cameras around. I tried checking nearby places to see where this person can go, and there were still cameras on the way. So he MUST BE caught on CCTV!!!

But somehow I feel as if the police does not really want do something about it, even if it’s just checking the CCTV.

It is all I asked from the police. To just give the images from the camera and we can use the power of social media. We can share the face of this criminal until we find him. Yep the chance is little but still a chance nonetheless!

But I felt like the police officer already gave up on this case from beginning.

This crime person must feel like a champion. He knows the police can’t catch him and he will go and do it again.

In Merdeka Square the cameras not in focus? Doesn’t work? Then why its there?

1. I WILL WAIT FROM POLICE CCTV. IF IT EVER HAPPENS.
2. IF YOU GUYS HAVE CONTACTS IN MALAYSIA NEWS, TV?
3. WHEN I GET THIS PERSON I ASK OF YOU TO SHARE HE FACE FOR ALL MALAYSIA PEOPLE TO FIND HIM.
4. MESSAGE FOR THE PERSON WHO STOLE MY BAG: IF YOU GIVE ME BACK MY DATA IN LAPTOP I’LL PAY FOR YOU. IF NOT, I WILL SEARCH YOU UNTIL I FIND YOU. YOU’LL BE IN THE NEWS IN TV AND ALL OF MALAYSIAN FACEBOOK WILL KNOW YOUR FACE.”

Let’s hope a miracle happens to this guy and that the police are indeed offering him help to investigate on this matter.