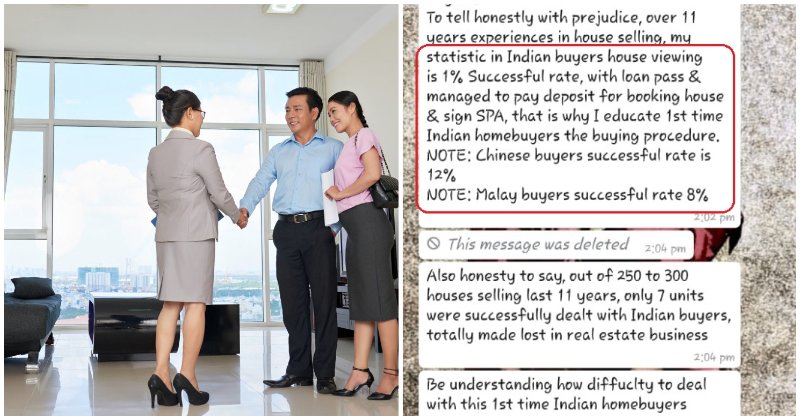 Adulting is something everyone has to do, which means that we will eventually have to learn the procedures of how to file our taxes, apply for loans and of course, buy a house.

But what happens when a real estate agent decides for you that you probably can’t adult because of your race, even though you’ve done your research and are financially capable.

That’s what happened to an interested party when she had approached an agent to arrange a viewing for a house. The party, who would like to remain anonymous, spoke to WORLD OF BUZZ regarding the incident, which prompted her to cancel the viewing as she didn’t want to have to deal with the racist agent any longer. 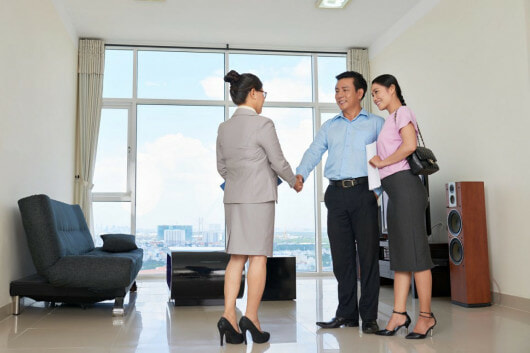 After arranging for a viewing of a house she was interested in, the agent had told her that she would have to prepare multiple deposits including for the signing of the sales and purchase agreement (S&P) as well as for booking the property, in which threw the party off as her plan was to view the property first before making any decisions that require documentation or deposits.

“Let me view the house first. Then I’ll make a decision and confirm back with you,” she had told him.

But that wasn’t the end of it, he then started to compare his experience with other buyers, despite the party already explaining that she would only proceed with the necessary next steps after viewing the property.

“House viewing are no problem, but the deposit is very important for booking a house. Before that got 1 young couple who wanted to buy a house but were not ready with the minimum amount of cash to book the house, sign the S&P and for lawyer fees,” the agent had told her.

Considering that maybe she didn’t make herself clear the first time, she explained to him again, telling him that she had done her research, knew all the procedures and is financially prepared if she chooses to purchase.

The agent then suggested that the interested party bring along her husband/boyfriend that’s sharing her housing loan with her to the viewing, in which she told him that the house would be shared with her brother. This prompted the agent to bring up finances.

“I am aware of this. Again, sir. I know the procedure. I’ve done the calculations and for our salary, we can take a housing loan of up to RM530,000. I understand that you’re trying to educate the new buyers. It’s helpful if you provide all this information to them if they seek your help. It can leave a very bad impression if you’re providing all these information without me asking for it as it feels rude, as though I am incapable of getting a house. Not everyone will have the same problems as your previous clients,” she responded.

She then also reminded him once again that she is only viewing the house, not choosing to purchase it there and then. Considering how rude the agent was to her, she decided to cancel the viewing.

“After all of this, I don’t think I would like to view the house anymore. Please cancel the viewing,” she told him.

This prompted him to launch into a racist comparison of property purchase success rates categorised based on race.

“To tell you honestly with prejudice, in over 11 years of experience I have in selling houses, my statistics for Indian buyers only have a 1% success rate of purchase after viewing the house, with an approved loan while managing to pay for the deposit for booking the house and signing of the S&P. That’s why I educate first time Indian home buyers of the buying procedure. NOTE: Chinese buyers success rate is 12%. NOTE: Malay buyers success rate is 8%,” he casually told her.

He added that 300 of the houses he sold in the last 11 years, only 7 units were successfully sold to Indian buyers, which apparently made a loss for the real estate business.

“Be understanding of how difficult it is to deal with these Indian first time home buyers.”

The no-longer-interested buyer then schooled the agent, reminding him that he shouldn’t categorise Indian buyers the way he did just because he’s a real estate agent who deals with a variety of people.

“Please bare (sic) in mind that not all will be the same just because you’ve faced a few. Just because people are coming to you who is an agent, doesn’t mean that you have to look down on them,” she said.

Now that’s the way to deal with a racist and rude agent who clearly doesn’t even know how to use ‘please’ and ‘thank you’ while interacting with potential buyers.

We genuinely hope that this real estate agent learns his lesson, to not simple judge buyers based on their race, or well, he’ll be losing more potential sales in the future.

And to the no-longer-interested buyer, we genuinely hope you find a house to call home with an agent who knows how to respect others.

Had a similar experience? Let us know in the comments section below. 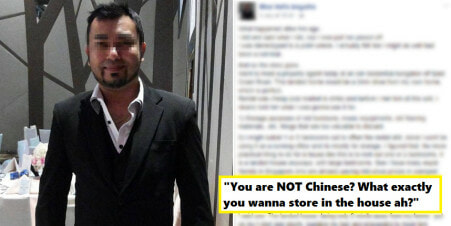