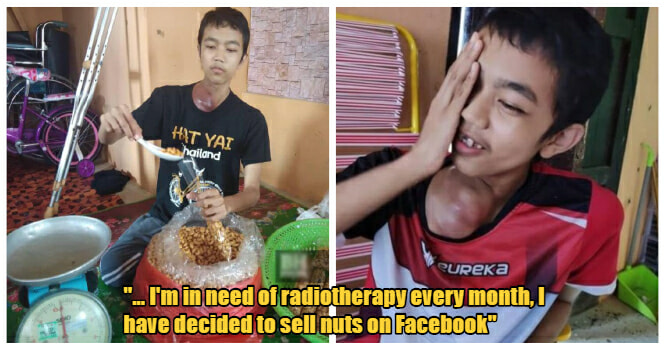 This boy is a fighter. He has cancer and is paying for his treatments using the money he receives from selling nuts!

Going by the name Abdul Afza Aziz Abdul Wahab, he contracted bone cancer in September 2017, costing him his left leg. At the time, his story went viral enabling him to garner donations from many within the country. Now, his cancer is back and this is what he is doing. 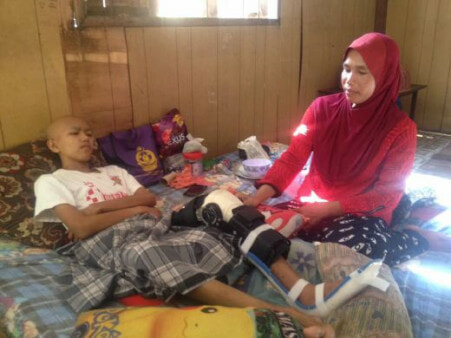 According to an article by Berita Harian, he put the money to work when he used the RM1,200 (which he received from donations), to purchase nuts in a bundle for RM400. Then, he began selling those nuts to people. He started off with only three types of nuts but now, he has begun selling all kinds of nuts, ranging from RM7 to RM70 based on weightage!

“Seeing the fact that the growth in my collarbone is growing and I’m in need of radiotherapy every month, I have decided to sell nuts on Facebook”, said the eldest child in a family of five, including his mom. 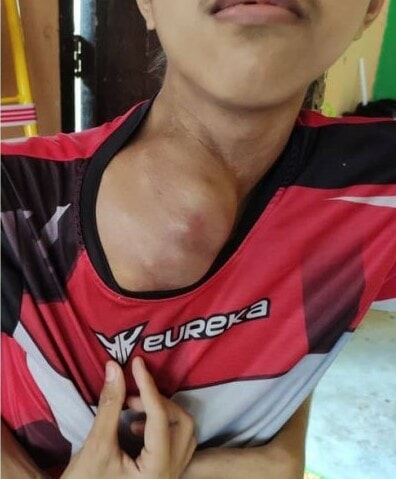 Afza’s mom also helps him to sell the nuts as a means to support the family. Despite it not being much, it is enough to hold them together.

“I don’t want this disease to be an obstacle for me to continue striving. Besides, I don’t want to be the one that is constantly helped, I want to help and benefit others instead. Since I’ve had a relapse, I’ve accepted my fate, leaving my life up to the hands of God. I will keep fighting for as long as I can, knowing I have the support of my mother and so many others out there”.

Besides the help from people, he also has an NGO known as Third Force that continually checks up on him and supports the family.

Isn’t that story just WOW? What do you think? Let us know in the comments! 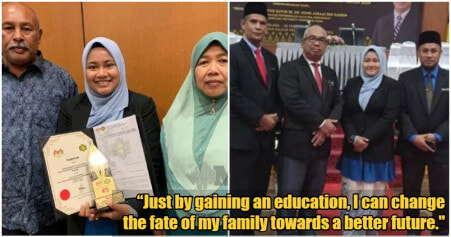