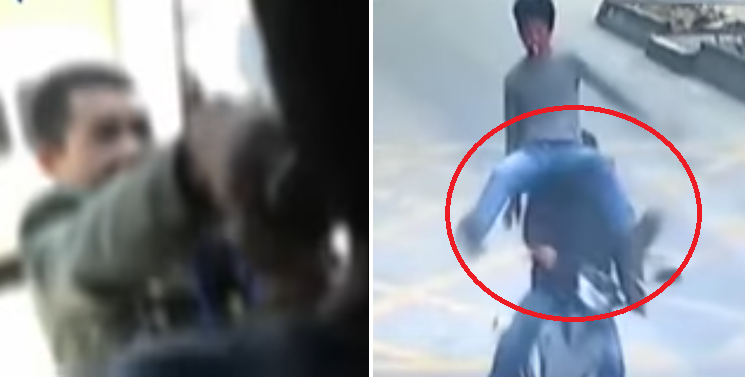 A phone thief in China learnt it the hard way when his victim executed a flying kick which knocked him off his moving scooter.

The driver, named Huo, told local media that he was sitting in his truck waiting for a delivery to arrive in Foshan, Guangdong Province. Soon after that someone knocked on his window, assuming it was the delivery he was waiting for, he rang his boss to confirm. However, the man suddenly reached up to snatched the phone out of his hand.

The truck’s camera shows the exact moment the thievery is executed. The CCTV along the street also captures footage of the thief walking away calmly and getting on his scooter. 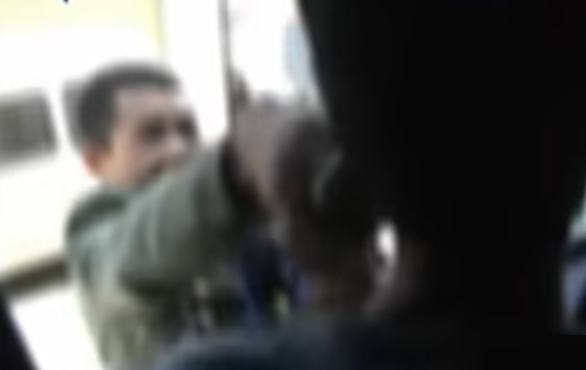 However, the not-so bright thief decided to make a U-Turn and passes Huo’s truck at high speed on the other side of the street.

Huo then got down from his truck, crossed over the street, and ready himself for the ultimate payback. He jumped on the front of the moving scooter and pulled a Bruce Lee on the thief, knocking the thief off his scooter. 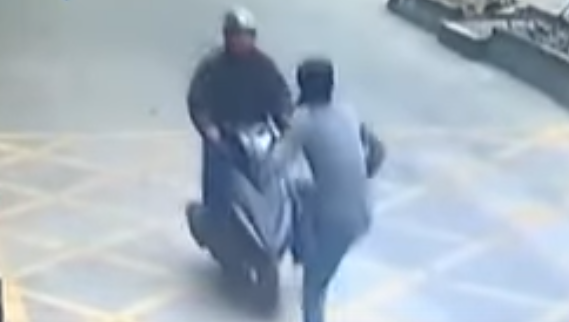 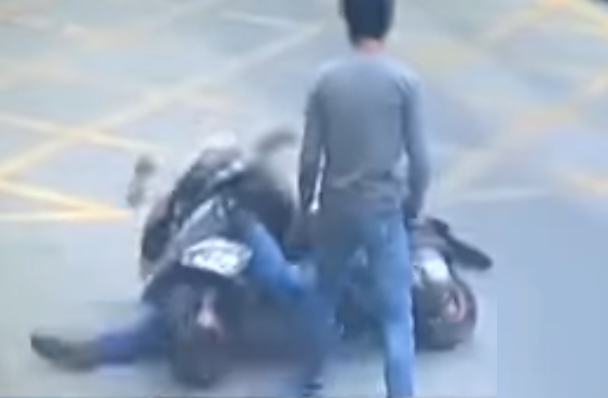 Justice has never been so beautifully executed. Huo then proceeds to punch the thief’s face while he’s on the ground. It was then that the thief took the phone out of his pocket and return it to Huo. 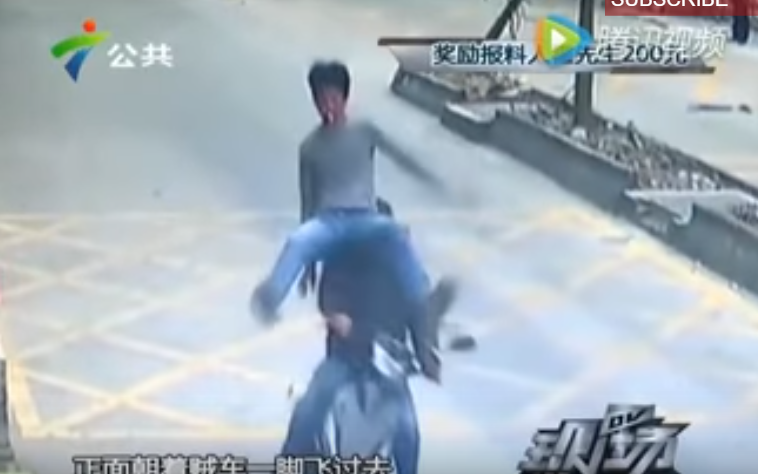 What’s more amazing is probably the fact that he calmly still has his cigarette in his mouth.

Huo has been hailed as a Kung Fu Master, not just because of the amazing stunt he pulled, but also because the incident occurred at Foshan, the birth place of the martial arts legend Wong Fei-hung.

People dubbed Huo as “Bruce Lee reborn”, and joked that he picked up a quick and powerful move popularized by Wong, called the Shadowless Kick.

However, it’s been revealed by Huo that this isn’t the first time such thing occurred, Huo had been a victim of thievery three times now in the past two months. After this viral video, I’m sure thieves will think twice before messing with him again.