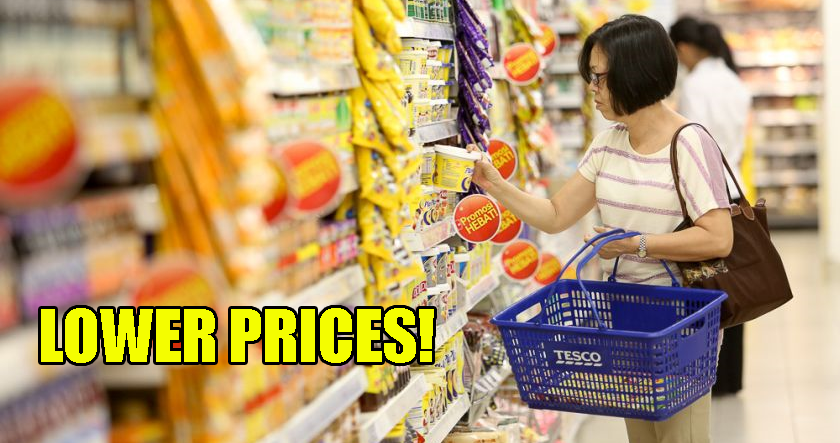 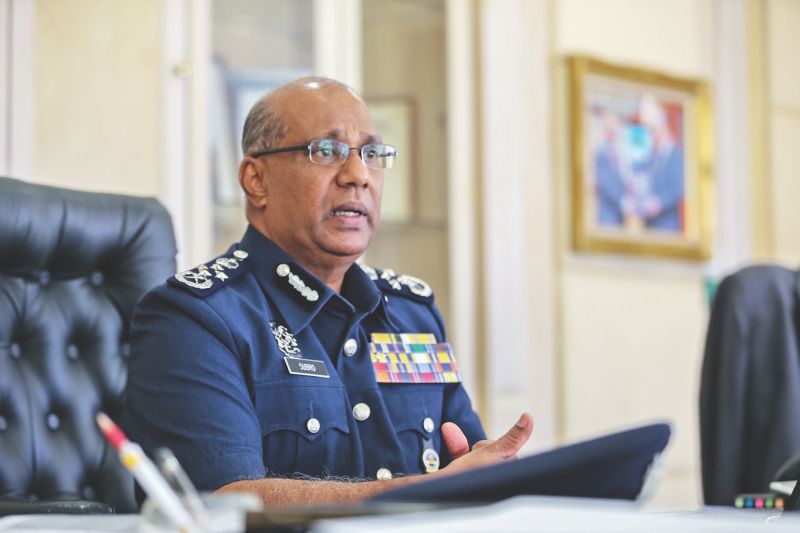 Director-general of Royal Malaysian Customs Department, Datuk Seri Subromaniam Tholasy told Berita Harian in a statement today (May 27) that the actual implementation date of SST will be announced later. However, he confirms that GST reduction will still take place as scheduled on June 1. This will remove the current 6% that was first implemented three years ago by the previous government.

He informed that all businesses should do the necessary and reduce the prices of their goods and services in line with the execution of the GST at the new zero rate. Yay, lower prices! The statement reads, “This will be in effect nationwide until further notice. All businesses registered for GST must adhere to the zero-rating of GST. Businesses are urged not to exploit the government’s wish to reduce prices and benefit consumers.” 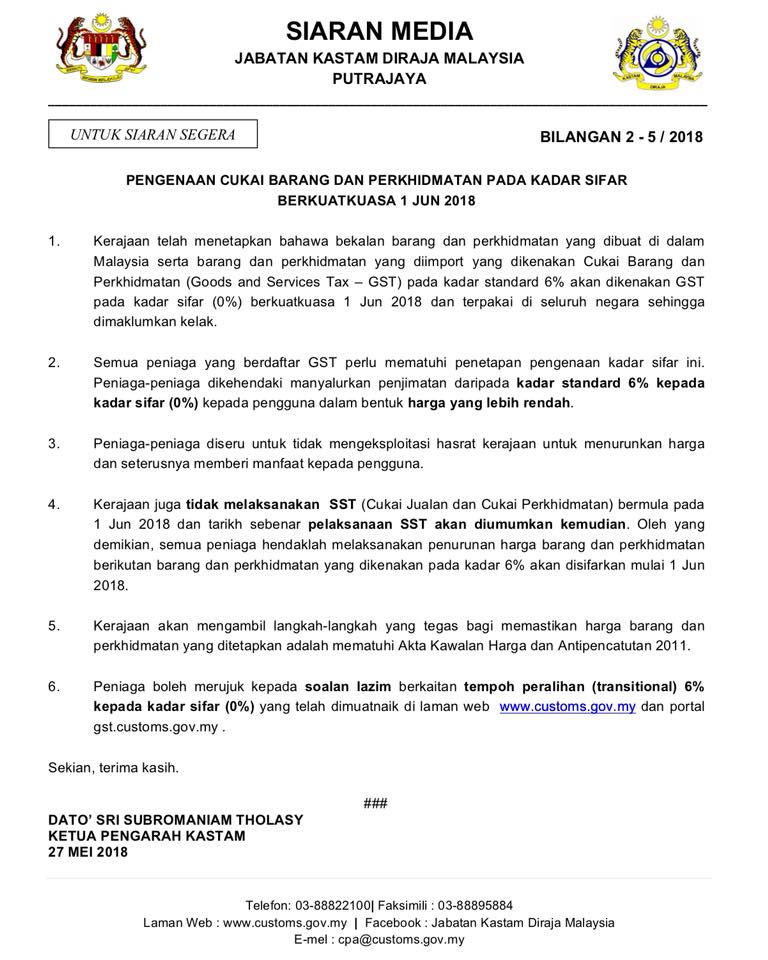 Subromaniam said the government would take firm steps to ensure that the prices of goods and services were in compliance with the Price Control and Anti-Profiteering Act 2011. He directed traders and business owners to the customs website or GST portal for more information on the new GST reduced rate.

It has been reported by The Star that SST will need about two to three months to be introduced to Malaysia. The rates have not been set yet as the government is still working on the mechanism. On a brighter note, this means that for a few months at least, Malaysians get to enjoy a “tax holiday” during the period when GST is reduced and SST is not implemented.

Lowered prices are abound next month onwards folks! But what can we expect with the new SST? Only time will tell. 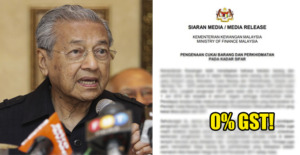