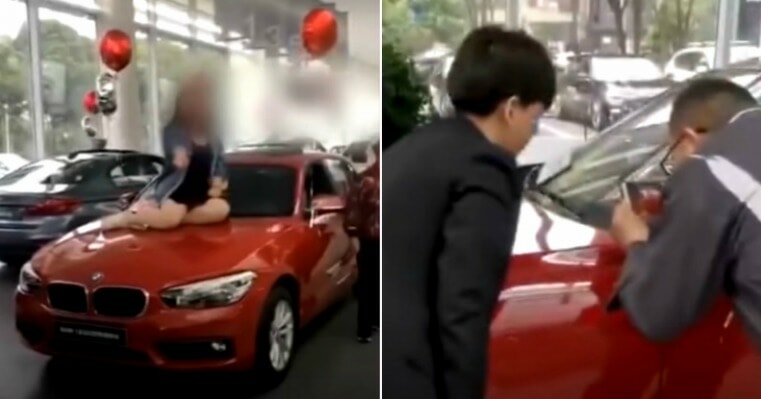 Buying a car nowadays can be a tedious process. One must always conduct quality checks just in case any part of the car is not satisfactory. It’s always a good practice to speak up and bring to attention any part of the car that you find faulty, however, you don’t have to make a big fuss about it.

However, on April 19 (Friday), a woman from eastern China did exactly that when she claimed that the airbags in her car did not inflate.

It was at Baode Automotive Sales Service, located in Danyang, Jiangsu province, where she carried out her protest by sitting on one of the hoods of a car in the showroom. Note, this was not her car. 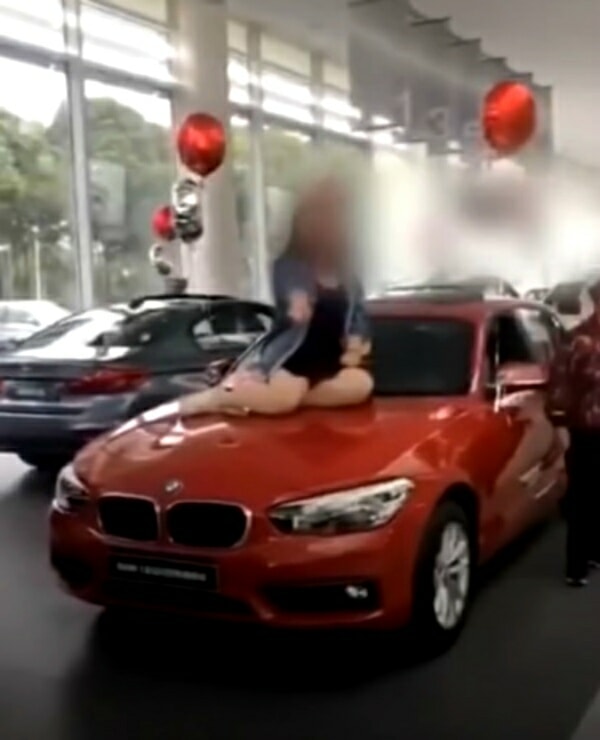 While sitting on the car, the woman, identified as Yang, began shouting to the workers at the shop and claimed that the airbags of her X1 SUV did not inflate during a previous accident, causing injuries to passengers.

“What a BMW! There’s a problem but no one stands up to solve it,” she said. 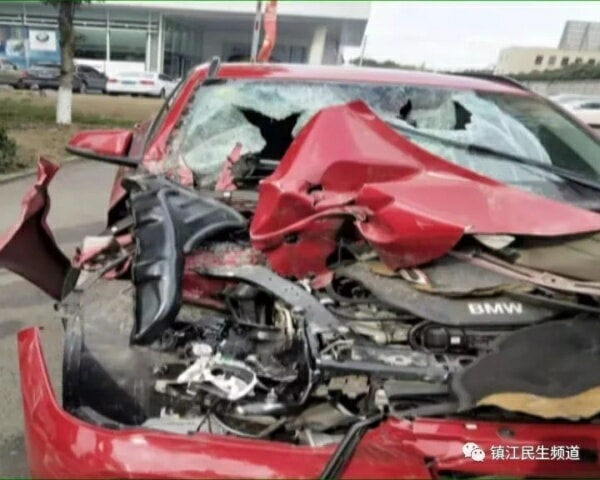 Additionally, Yang claimed that the dealership had asked her to pay a financial service fee of 8,000 yuan (approx. RM4,900), Zhenjiang Minsheng Channel reported.

However, by sitting on the car, she managed to damage the hood of the car, prompting one of the staff members to call the police. He claimed to have taken photos of the damaged car before calling the authorities.

“She could have talked to us nicely. There’s no need for her to sit on our car. And the thing is that she destroyed it,” he said. 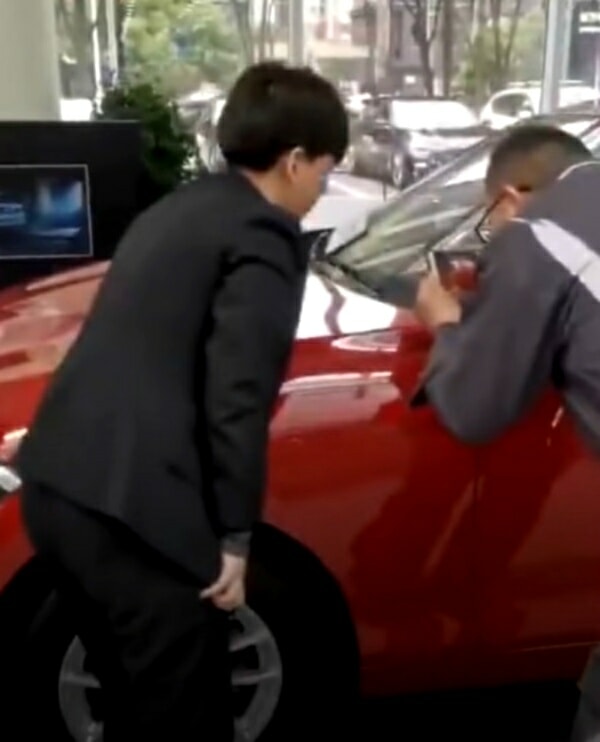 The protest, which was caught on video, has since gone viral on Chinese social media, with many slamming both the woman’s weight and the hood’s durability.

“Weight does not allow such rights.”

“Is she not aware of her few pounds?”

“Mercedes: We are stronger than BMW.”

“It seems that the quality of BMW’s hood is significantly worse than that of Mercedes-Benz.”

“Ultimately, the problem lies in the weight of this woman or the BMW’s hood. Mercedes should take the opportunity to invite this heroine to sit on the hood of one of their cars.”

What is your comment on this incident? Let us know in the comments below. 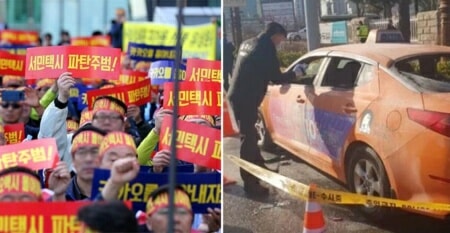