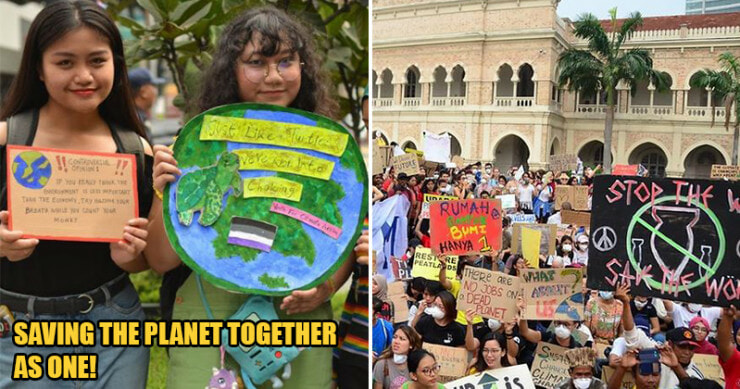 These days, there seem to be countless social movements and activism happening both on-ground and online. From #WomenEmpowerment to #BlackLivesMatter, people from all around the world and almost every age group are making their voices heard to achieve equality and social justice.

Even the Earth, the very planet we live on, is represented by multiple groups, movements and activists fighting for its well being. These individuals who make up the organisations whose sole mission is to avert a climate crisis also exist to remind the masses that we are responsible for the planet we live on.

That’s why, together with Maxis Communications and climate activist group Klima Action Malaysia (KAMY), we want to raise awareness on the importance of environmental health, effects of climate change and why we must all play our part whether it’s on-ground or online. Technology and the internet are there for a reason, guys! Here’s KAMY’s story and how they’ve been using technology to their benefit during this MCO season:

So who is KAMY exactly? 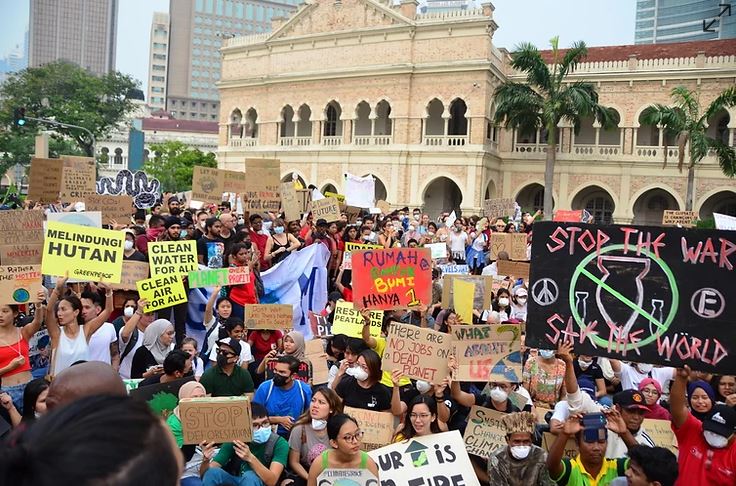 KAMY is a homegrown climate movement led by Malaysian youth that calls for representative climate action by empowering vulnerable groups and communities including, youth, women, the marginalised, and more.

They have but one demand which is to convince politicians to make a stand against the climate crisis we are facing.

Their efforts extend beyond spreading awareness of climate change and environmental crisis as they approach it by making people the centre of climate action. KAMY aims to break the urban and Western narrative of Malaysia’s climate discourse and inform everyone (regardless of background) of the climate crisis by empowering communities through:

When everyone understands the reality of an environmental crisis, it’s easier to have more advocates standing up for this cause.

How have they been spreading awareness of their missions? 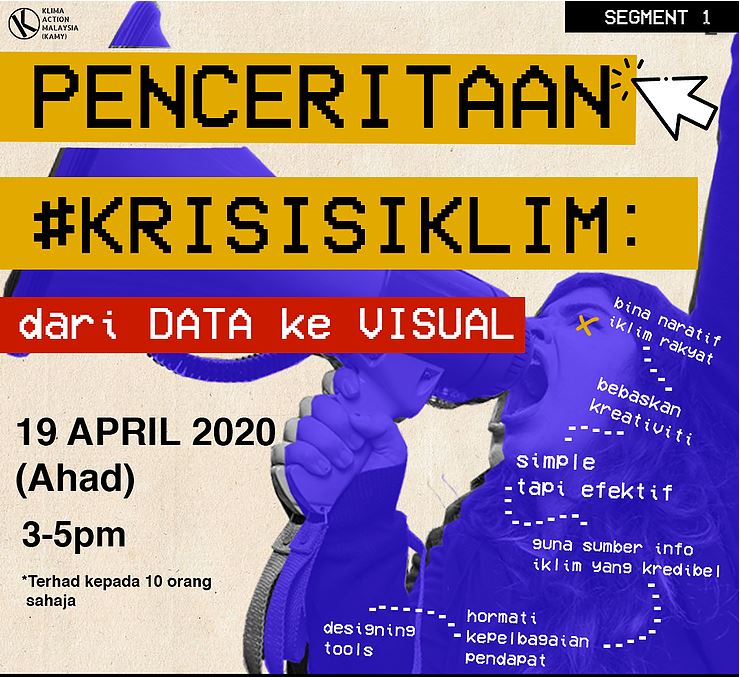 Since 2019, KAMY has rallied people in four protests on the streets of Kuala Lumpur. In these protests, they demand:

All their efforts thus far have garnered over 755,000 reaches on social media through their own platforms and collabs with over 30 partners including NGOs like Greenpeace and educational institutions such as Universiti Sains Malaysia, and more.

How have they been continuing their efforts during the MCO though?

In light of the COVID-19 crisis, they have since transitioned these workshops to the digital space in the form of webinars, showing no signs of slowing down their efforts and instead, overcoming adversity through technology. Thank god for technology!

In addition to the workshops, KAMY has also given a voice to the Orang Asli community to express their concern on the environmental threats that they face such as logging and the pollution that comes with the industry. In the video below, a villager from Kampung Lambok at Gua Musang, Kelantan talks about how logging has contaminated their main water source which they use for daily washing, cooking and other essential needs.

This video falls under KAMY’s #MYClimateStories initiative which collects anecdotes from front line communities on climate issues and how it impacts their lives. These videos can help communities lead conversations on how to mitigate the crisis they are facing on a daily basis.

What is KAMY planning to do to further their cause digitally? 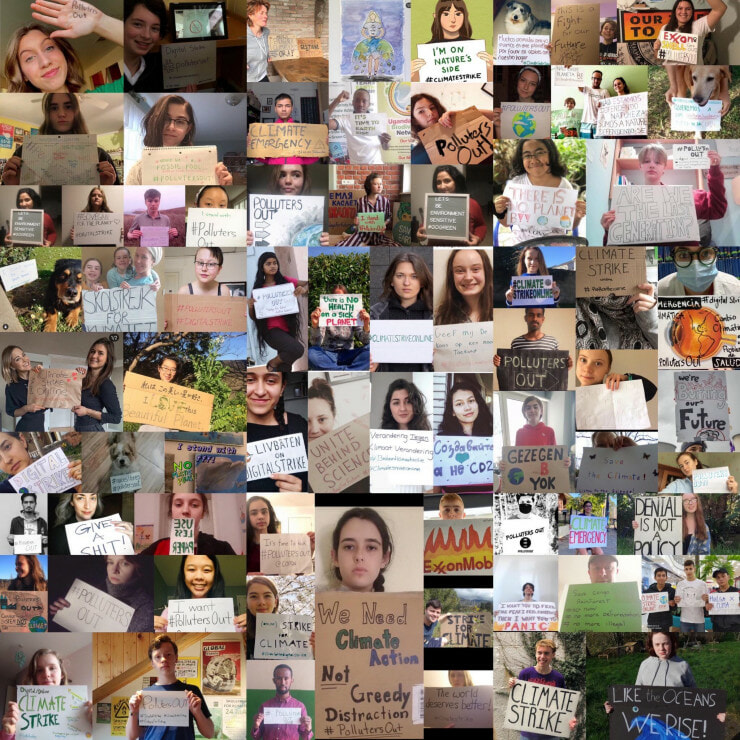 Photo for illustration purposes only

In an exclusive conversation with KAMY, they revealed intentions to explore ‘digital strikes‘ which take inspiration from Greta Thunberg’s method of protesting on digital platforms.

“Right now we are building a ‘digital team’ to spearhead our digital strike/initiative. This is a fairly recent plan because we thought of doing a physical climate strike at the end of the year but we don’t think this is possible anymore (because of COVID-19)”.

Seeing that the pandemic has temporarily put an end to large public gatherings, a digital strike would be the most sensible method in addressing climate change. 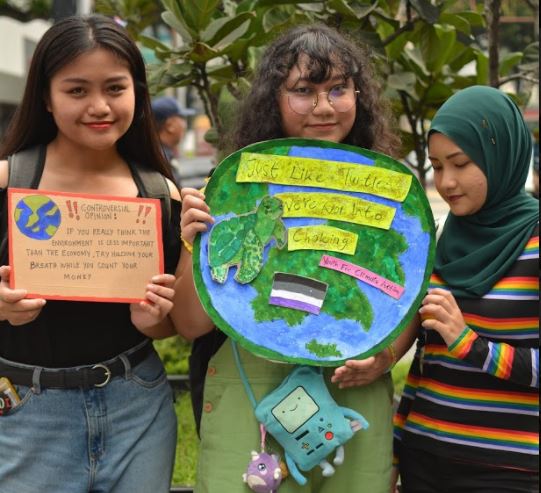 Quite simply, to join a digital strike, one only needs:

“We can kind of understand this as the climate crisis stimuli and urgency is not that much in Malaysia compared to Thailand and the Philippines but we are searching for an alternative that is much more engaging and relatable to youth here.”

Evidently, wielding tech to further a good cause will take some creativity but it is definitely the way forward in the digital era where every individual, group or organisation must find ways to always be ahead.

I want to save the world too! Where do I start? 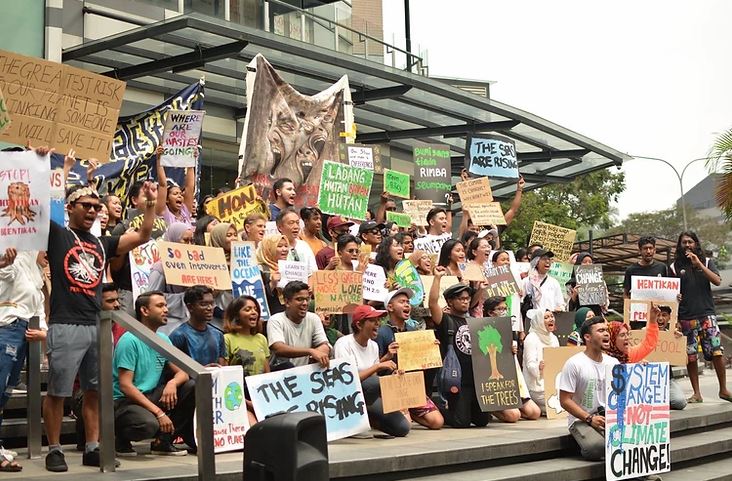 There are many ways to help save the planet. You can choose to either be a lone wolf or join a movement to make a bigger and more lasting impact. The main thing that has changed in the past few decades would be the way we spread information. We now have a much more efficient medium which is the internet.

Another great thing about this is that you don’t have to be a rocket scientist to fight for the planet. All you need is a great connection as a means to join the movement from anywhere and at any time. As communications technology advances over time, more and more people from across the world will be ahead in terms of knowledge and ability to enable each other positively.

Maxis wants to celebrate individuals and organisations who innovate technology in ways that help not just other people but also the environment we live in. Find out more about how Maxis encourages Malaysians to #AlwaysBeAhead here.

They are also celebrating their 25th anniversary by helping Malaysians always be ahead with 25 smartphones every day for 25 days, at only RM25 each. Find out more about this here.

Here at WORLD OF BUZZ, we stand in solidarity with Maxis Communications Bhd and Klima Action Malaysia in connecting people to provide information and making a positive change towards the environment. As one very interesting placard stated: