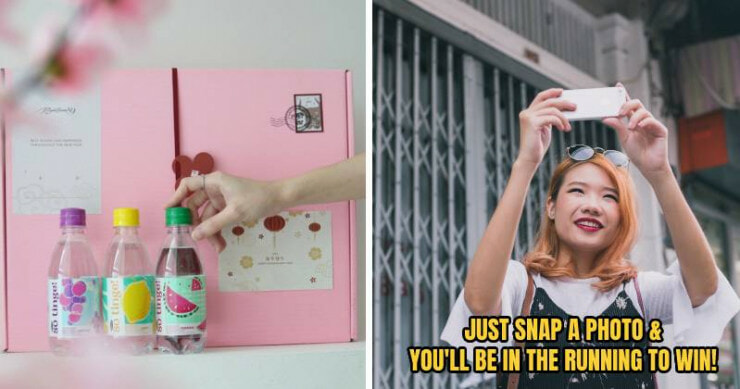 It’s no secret that Malaysians love free things. Have you ever stumbled upon a really, really long queue at the mall and discovered people were actually in line to win some freebies?! Yup, that’s Malaysian culture right there.

If that sounds like you then get excited! Why?

Because Spritzer So Tinge! is giving out up to RM10,000 worth of Touch ‘N Go e-wallet credits and all you have to do is take a picture!!! OMG 😍

How cool is that?? It’s never been easier to win Touch ‘N Go credits! 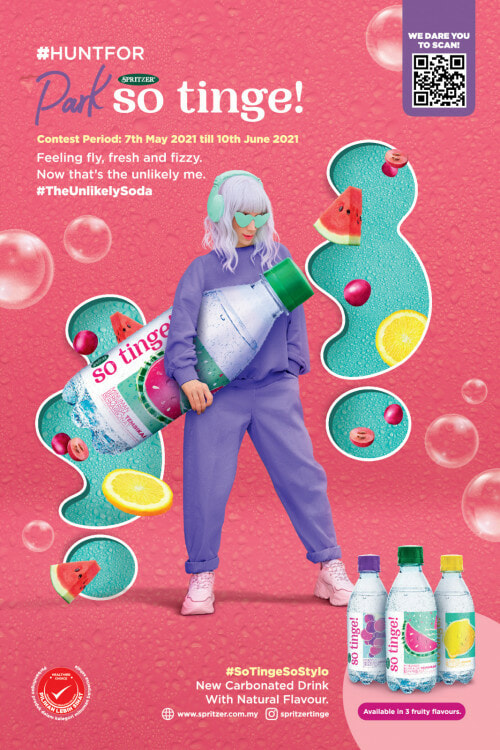 All you gotta do to win RM10,000 worth of Touch ‘N Go e-wallet credits is to #HuntForParkSoTinge and snap a picture! Intrigued yet?

Yes, I wanna know more! How does it work exactly?

If you’re participating virtually, here’s what you need to do:

If you’re choosing to #HuntForParkSoTinge in-stores:

For those who are within the MCO radius and would like to #HuntForParkSoTinge in-stores, you can head to the stores below:

Do keep a lookout for these Point of Sales Materials (POSM) such as Contest Posters, Chiller Stickers, Chiller Decals and Shelf Talkers as you’ll need to snap photos of these POSMs in order to win the prizes:

Please remember to abide by the SOPs okay, guys!

Kindly note that you MUST include the outlet name and location in your answer or your entry will be disqualified!

Wow, that’s cool! What are the exact dates for the contest?

Hurry and jot this down cos you definitely don’t wanna miss out!

Yay! Can I know more about the prizes?

You sure can! Spritzer So Tinge! is giving away up to RM10,000 Touch ‘N Go e-wallet credits to those who participate in the #HuntForParkSoTinge. Here’s a breakdown of the prizes:

I mean, you’d definitely be lying if you say free Touch ‘N Go e-wallet credits wouldn’t be useful! You can pay for all your necessities at participating shops, supermarkets and even pay for toll fares! Woohoo!

Cool! So what is Spritzer So Tinge! all about actually? 💧

Ah, now that you know all about the #HuntForParkSoTinge contest, let’s talk about the drink itself!

So Tinge! is Spritzer’s new soda water that isn’t just so fresh, so fruity and so natural but, it comes in three different flavours as well which are: 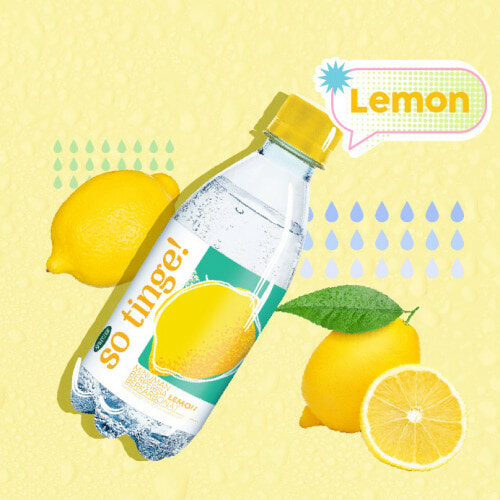 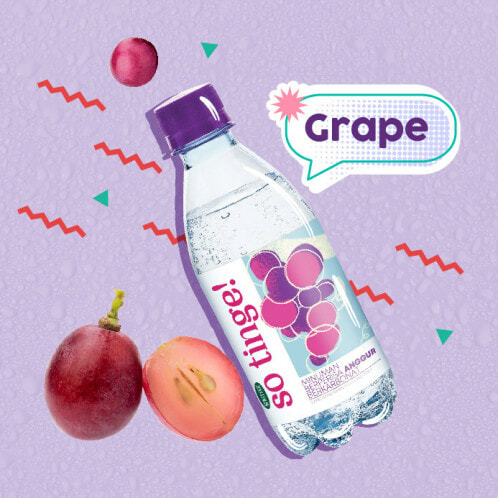 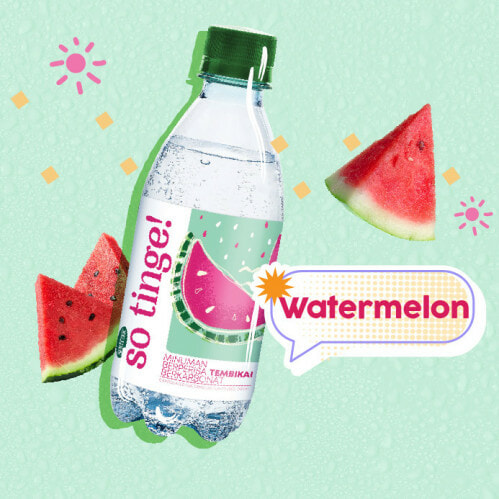 It’s definitely not your typical soda water because it is made with natural mineral water, contains ZERO artificial colouring and it’s bursting with natural flavours and aromas! Perfect for the healthy new generation! 💧

If you’d like to give this refreshing beverage a try, you’ll be glad to know that Spritzer will be giving out FREE Spritzer So Tinge! samples on the dates below when you #HuntForParkSoTinge in person at their On-Ground Event happening in Penang & Malacca only on these dates:

What’s more, those from the On-Ground Event can also join the #HuntForParkSoTinge contest and stand a chance to win free Touch ‘N Go credits! Here’s how:

Alternatively, you can also get your hands on Spritzer So Tinge! from your nearest convenience stores such as 7-Eleven and Family Mart! Yay!

So what are you waiting for? Hurry and check out the Spritzer So Tinge! Facebook page to know more about the #HuntForParkSoTinge contest and win awesome prizes!

Have you tried the new Spritzer So Tinge! yet? Share your favourite flavour with us in the comments!