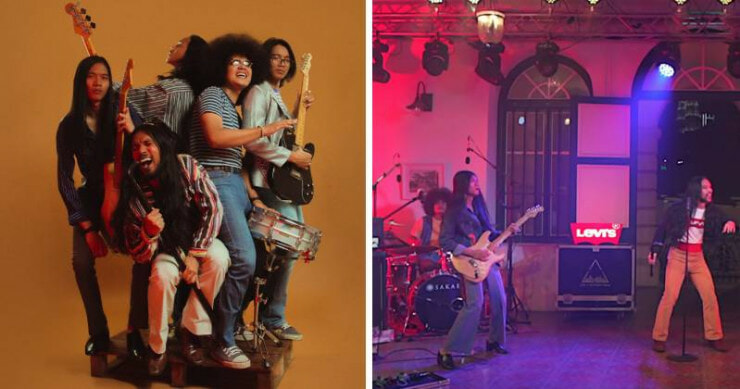 “We thought we’d be spending 2020 working on our second album, we never imagined that we would win the Levi’s Music Project and have so many doors open for us!”

This is what Kimal, vocalist of Margasatwa, and the rest of the band thought they’d be doing in 2020. Little did they know, they’d go on to win the Levi’s Music Project and be under the mentorship of Jenn Thompson and Old Head Jin. 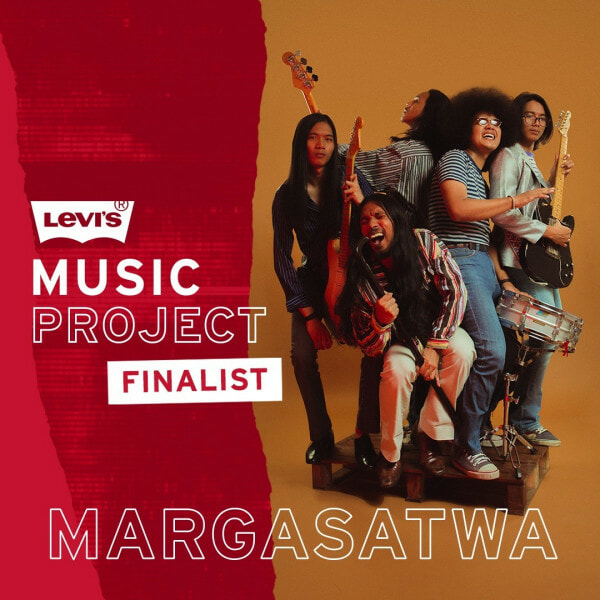 Before we get into their story, here’s the low down on what the Levi’s Music Project is all about

The Levi’s Music Project draws thousands of submissions globally every year and is a music programme that aims to support and inspire communities all around the world through music education and artist collaboration! So wholesome. <3

In October 2020, the Levi’s Music Project launched their first edition in Malaysia with hopes to uplift the local music scene. After receiving 200 original music submissions, they shortlisted four musicians for a chance to win a RM20,000 music video grant and to open more doors for our local artists!

Here are the 4 aspiring musicians that were shortlisted :-

We love that Levi’s is providing our local musicians with an amazing platform to showcase their talent! <3

These four aspiring musicians then performed a virtual showcase on the 22nd of December 2020 to battle their way to the RM20,000 music video grant! After careful consideration, the judges then chose Margasatwa as the winners of the Levi’s Music Project music video grant!! Congrats guys!

So who is Margasatwa & how did they come about? We speak to Kimal, lead vocalist of this 5-piece band, as he deep dives into their musical journey! 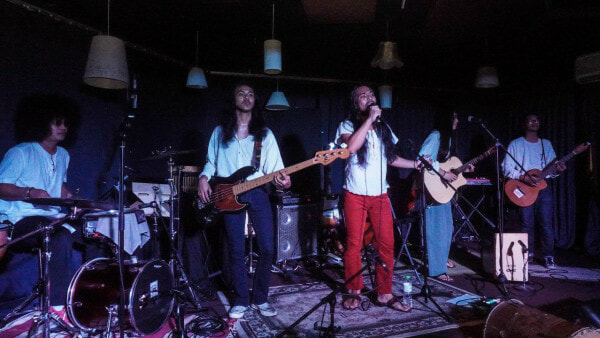 The band formed back in 2016 and started performing gigs in 2017. They’ve come such a long way from there!

Kimal had entered a music competition organised by record label, Luncai Emas after returning from Japan. He went on to win the competition and scored a job as a lyricist and composer for the record label with a promise that his song would be recorded. During the recording, Kimal met Syahir who was completing his internship at Luncai Emas as a drummer.

Syahir then introduced Kimal to their bassist Shadiq as well as their guitarist, Fadil and the boys then agreed to form a band together. Because of their musical background, they hit it off instantly and formed a great friendship which led to their unmistakable chemistry as a band!

With that said, Kimal actually didn’t always know he wanted to be a musician growing up. He had gone to Japan to study engineering and at the time, he was only writing music for himself and his then-girlfriend to listen to! But after winning the Luncai Emas competition, he decided that he was made for music!

Another interesting point to note is that Syahir, Shafiq and Fadil all had taught Kimal the names of chords as he previously only recognised them by sounds and melodies. He also mentioned that even though he wrote a lot of songs, he never knew what to do with them until he met the rest of the band. Talk about a match made in heaven!

After countless jamming sessions together, the band got booked for paid gigs and started recording their demos. They even gave out free copies of their demos to their fans! They still give out freebies to their fans to this day as a gesture of appreciation! How sweet! <3

Margasatwa hopes to release five albums in the next five years 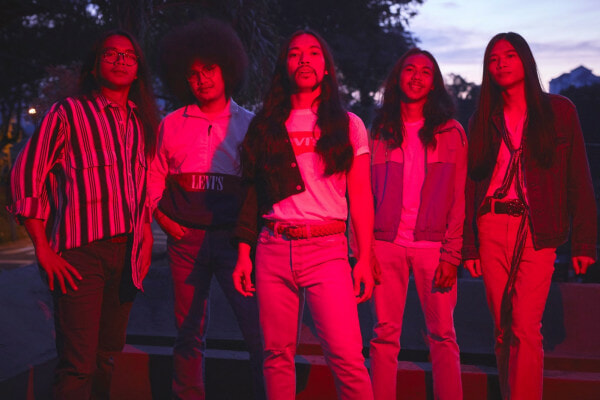 With Margasatwa’s newfound success thanks to the Levi’s Music Project, the band aims to continuously create better music for their fans!

“We can say we are creative and we have a lot of songs but if we cannot properly release them, then there is no point.”

On top of focusing on producing hit songs, the band wants to eventually also develop hair products since one of the things they all have in common is the love for long hair! Interesting!

Being independent musicians in Malaysia, the journey wasn’t always smooth sailing for Margasatwa

According to the lead vocalist, “the major problem is labelling.” Just because a band or an artist categorises themselves as an “indie” artist, they shouldn’t shy away from creating mainstream music as well.

“What I realise is that we need to see good music as good music, and we’ve got to go beyond those labels.”

Local musicians should focus on the bigger picture as well as gaining a bigger audience without losing their authenticity as musicians. Kimal mentions that Margasatwa aims to get to know more artists that aren’t confined to labels such as indie or mainstream.

So how can we as Malaysians support our local talents?

Kimal speaks about how listeners tend to gravitate towards mainstream music as that’s what they hear on our local radio. However, he says that with the existence of platforms such as Spotify and Youtube, it gives independent musicians a good opportunity to gain new listeners.

He also encourages fans to continue buying merchandise from their favourite artists as the pandemic has affected many of our local talents who’re unable to perform at gigs. Sometimes, this is their only bread and butter so if your fave artist has merch, try to support in any way you can! <3

The boys of Margasatwa experienced a once in a lifetime opportunity under the mentorship of Jenn Thompson, who has more than 35 years of experience in the world of entertainment, as well as Tang Eu Jin, a beloved hip-hop icon in Malaysia.

Their mentors taught them that in order to succeed, they need to map out a three-year plan! “To think about what we want to do and achieve in the next three years opened our eyes to look further into our future,” said Kimal who had previously never even thought of where the band would be a month from now.

So all of you budding independent musicians out there, be sure to take note of the valuable advice!! 😉 Advice for independent musicians looking to grow their audience in Malaysia

Kimal once again stresses on the fact that musicians should look beyond their genre “label” in order to grow their platform. His advice is to…

“Focus on your best qualities and don’t be afraid to try new things and keep on experimenting.”

As an example, Kimal stumbled upon the Levi’s Music Project post on Facebook and decided to apply for it after all their plans for the band had to take a backseat due to the pandemic. Well, thankfully they took the plunge because just look where they are now! <3

We think that’s awesome advice that can be applied to almost every aspect of life!

What’s next for them after Levi’s Music Project? 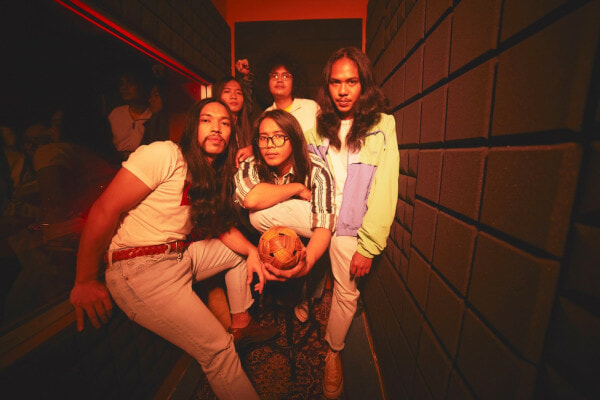 We’re so glad to have had the chance to speak with Kimal and we wish Margasatwa all the best for their musical journey! To stay updated about what’s next for these guys, follow their Facebook here!

Platforms such as Levi’s Music Project are amazing for our local musicians to participate in and you might be the next rising star! Who knows?

If you’d like to know more about the Levi’s Music Project, be sure to visit their website here!