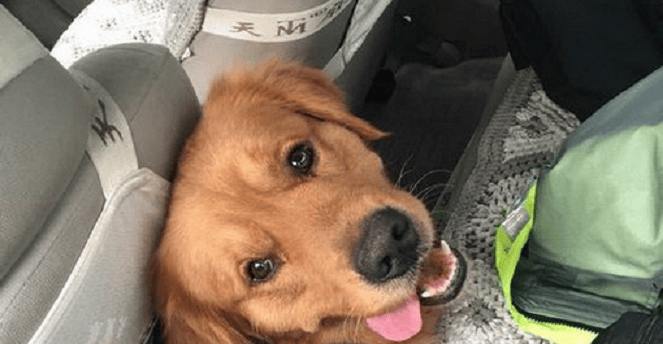 Recently, a cute and cuddly Golden Retriever has lost its way back home and decided to seek the help of the police. Wait, how did the dog know to do that?

The dog’s uncanny human-like social skills has wowed many netizens and hearts were melted because of all people, it chose the policemen to seek for help. This heart-warming scene took place at Guilin, China.

According to Sinchew, the 2 policemen namely Rong and Wong were on duty and were sitting in their car nearby the toll booth of Guilin Highway.

It was already 1am when they were suddenly approached by an innocent-looking dog with its leash dangling in its own mouth. Just walking myself, nothing to see here.

After looking around, they couldn’t spot the owner. That was when they realised that the dog must’ve lost its way home.

The dog then stood on its hind legs, leaned on the car door and gazed at the policemen inside to seek for help. The dog even followed them around whilst they were carrying out their duty. Guess it was ‘tail’-gating them. Geddit, geddit?

Fearing that the big-sized dog may frighten the public and also concerned for the safety of the dog, they brought it to the police booth nearby the toll booth. They fed the dog food and drinks which the dog gladly chowed down.

After satisfying its hunger, it didn’t give the policemen a ruff-time and obediently stayed in the office while the duo continued carrying out their duty.

Surprisingly, the dog calmly stayed in the office until they returned from duty at 8am.

When the duo was about to leave and regroup with the other unit, the dog quickly hopped onto the car after they opened the car door.

The innocent dog sat inside the police car while looking at the policemen with its puppy-dog eyes, seemingly desperately asking for their help to find its way back. 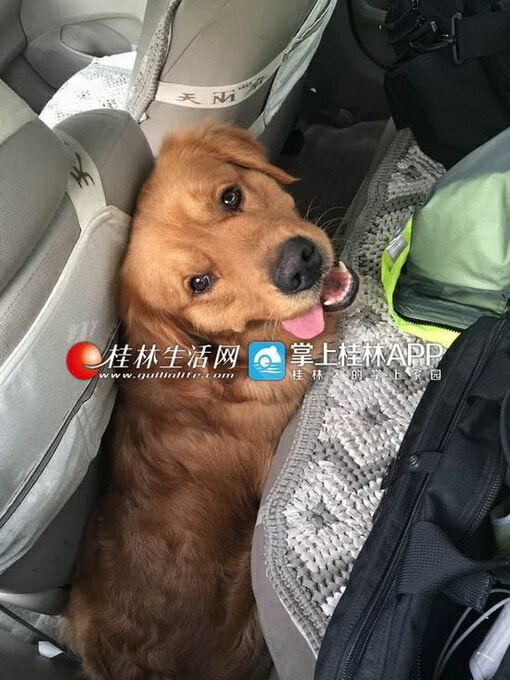 Rong and Wong’s hearts melted by the dog’s behavior and decided to bring it back to the police station to let it stay there. In the meantime, they also asked the public to spread news about this lost dog, hoping that the dog owner would come forward.

After 8 hours, the dog’s owner received the message and rushed to the police station. The dog jumped enthusiastically upon seeing the familiar face of the owner. 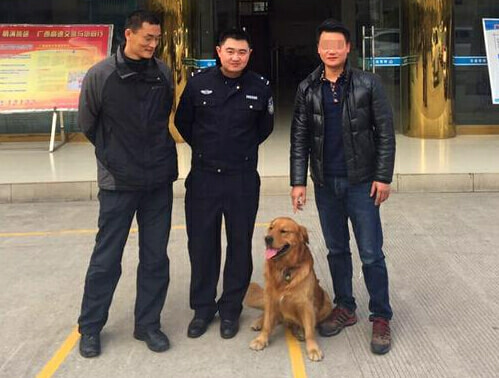 It was later revealed that the owner and the dog currently live in a residential area nearby the toll booth. And the dog loves hunting for mice. He speculated that the dog must have ran too far while chasing a mouse and lost its way home. He tried searching for the dog but to no avail.

As of how the dog knew who to seek for help, the owner explained that his 2-year-old Golden Retriever was once a ‘student’ at Nanning police dog training base for a short period of time.

Therefore, it has grown familiar and developed trust towards policemen which explain why it naturally sought the help from policeman.

The story has went viral with netizens dubbing it as ‘the dog who knew how to lodge a police report’.

Honestly, dogs are a lot smarter than most people would think. I’m glad that the dog only lost its way and wasn’t abandoned by the owner. 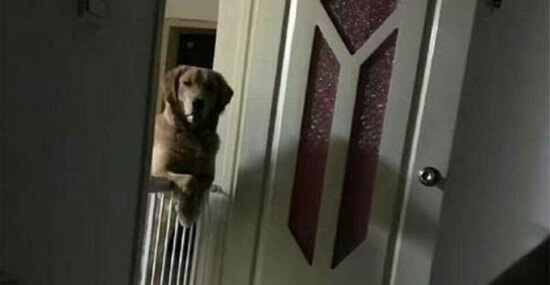