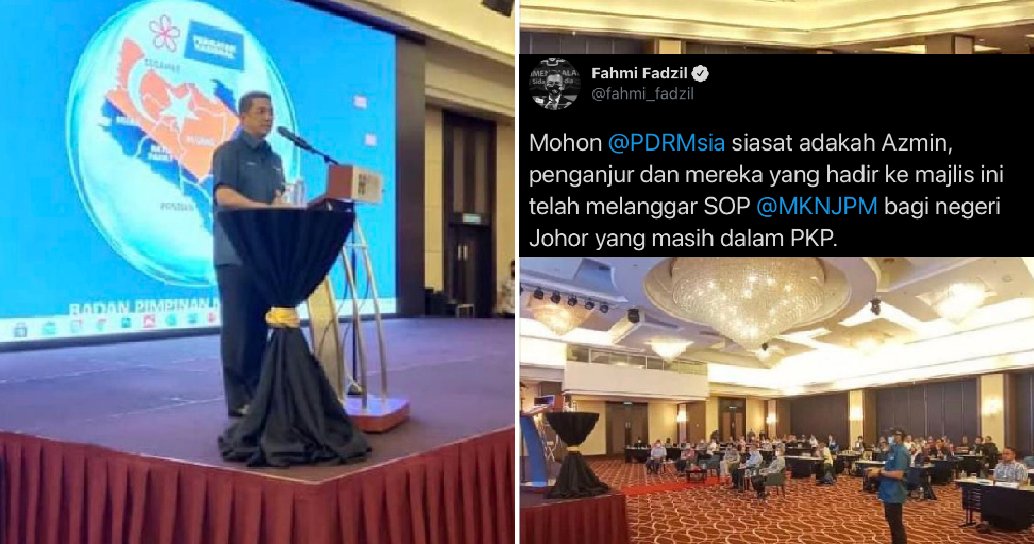 Several photos depicting Senior Minister of Economic Affairs, Datuk Seri Muhammad Azmin Ali allegedly breaking the Movement Control Order (MCO) by holding a workshop and convention in Johor have been making its way across social media today. The photos, originally from a Facebook post has now been deleted.

A screenshot of the post can be seen here: 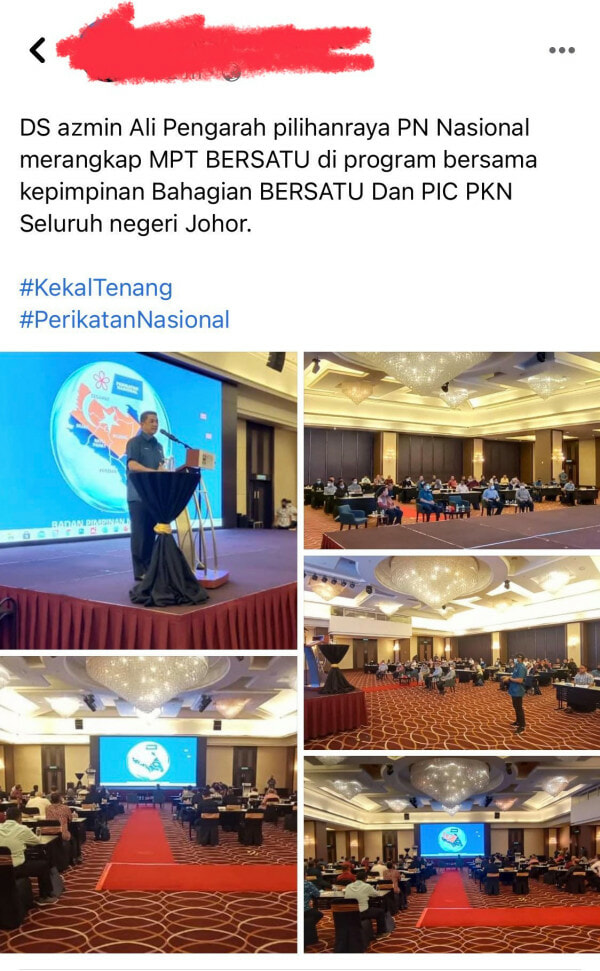 As reported by Malaysian news portal Malaysia Dateline, the event was believed to have been held recently in Johor when the state is still under MCO. Following the photos going viral, many Malaysians have taken to social media to criticise the event and its organiser for breaking the SOPs of MCO as prescribed by the National Security Council (MKN).

One Twitter user, @imnormgoh shared the SOPs of MCO which stated that any meetings or workshops are strictly not allowed. Here’s the tweet in question:

Several opposition Members of Parliament (MP) also voiced out against the alleged breaking of MCO by Azmin Ali. MP for Kluang in Johor sarcastically asked on Twitter,

“Can we already hold workshops such as this? This PN government is truly a double standards government.”

Meanwhile MP for Lembah Pantai iterated that workshops, seminars, retreats and others of its kind are not allowed in states under MCO. He then went on to urge the police to investigate whether Azmin Ali, the organisers and others who attended the event was breaking MCO.

As of the time of writing, the police has yet to release a statement regarding the alleged breaking of MCO SOPs by the Senior Minister and the organisers. 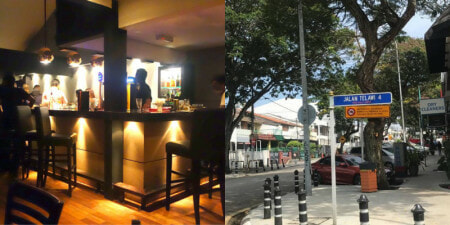