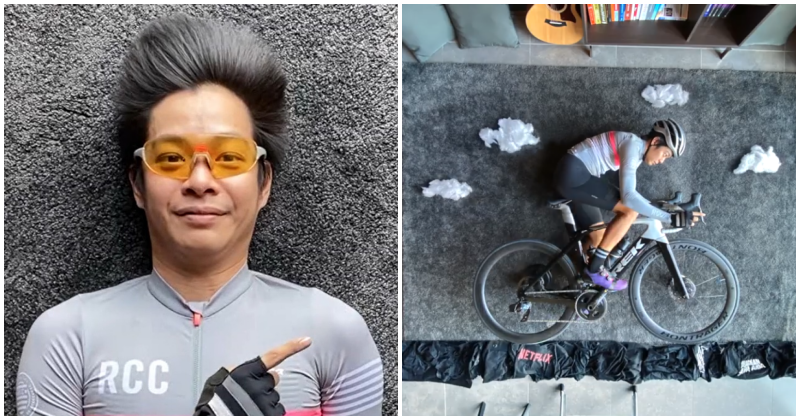 This man gets really creative during this MCO and his finished projects are just WOW!

Viral video that garnered over 670,000 views

Quek Shio Chuan created a short video over the period of this MCO that was super creative and most certainly entertaining to watch.

When he uploaded it onto Facebook, his content received loads of attention from netizens. It garnered over 8.9k shares and 1.1k comments. His video showcased creativity at its best and this is how it went:

Now isn’t that just a brilliant way to spend your MCO?

We at WORLD OF BUZZ reached out to this talented individual and found out that Quek is a commercial film director and a cycling enthusiast. When asked about his inspiration creating this video, he said,

“My producer Ryan and I were supposed to travel to Amsterdam in March for post production work which we of course, sneakily scheduled in a few club rides. Then Covid happened…, and we are all stuck at our homes. The rides are gone, commercial jobs are postponed, races are cancelled.

“Two weeks of solitude filled with books and reflections, I realize that I have always treated my love of film making and cycling as two different entities, but never thought of combining them. The videos are the results of that effort, aimed to share a little joy in these crazy times especially with my fellow cyclists stucked at home without a trainer, waiting impatiently for their trainers to arrive.

“They are also efforts of not letting a virus take away the two things that I am really passionate about.” 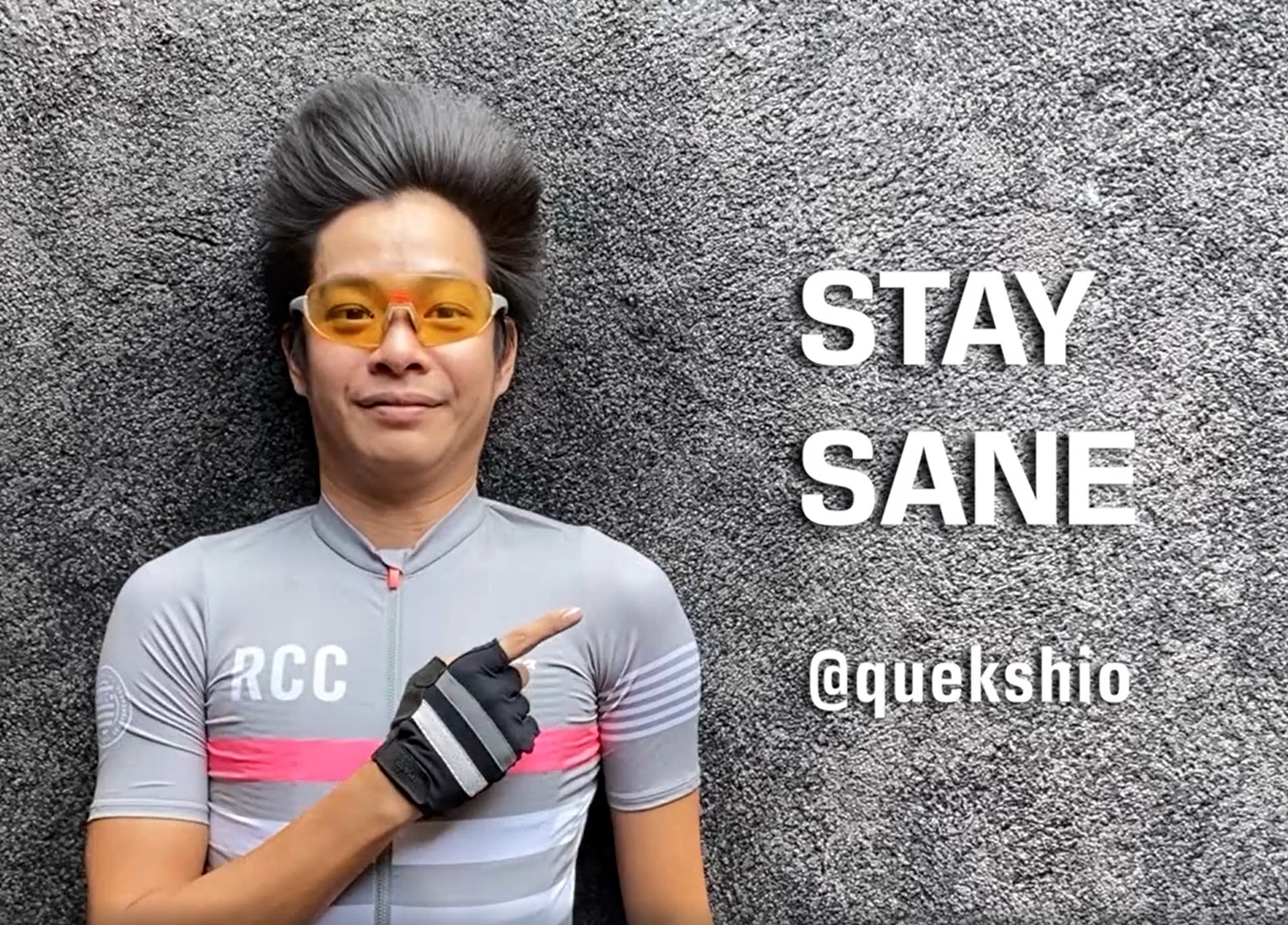 He created two short films. For his first video, he focused more on creating a melody and boy was it catchy!

For his second video (which went viral), he created a top shot rig with extendable broom sticks to position his phone and frame the entire floor of his living room.

With the Bluetooth camera selfie shutter, he took over two thousand photos which he then combined frame by frame into a stop motion sequence, coming up with the end-product.

He took about 4 days for movie number 1, and for the second, a lengthier 6 days. Despite the time, he found a way to cultivate his passions to create such mind boggling content, on top of making use of all the free time he had.

You can watch his first video here:

People who saw his video were awed, especially since we understand how hard it must have been to create it.

Quek attributes his passion to his childhood

He shared with us,

“My grandfather used to own a commuter bicycle factory in Malaysia before it went to bankruptcy due to the steep competition. Like many people, I learned how to cycle when I was younger but had the misconception that driving a car is a symbol of graduation to adulthood.

In my attempts to make my first movie I went through a brief period of depression which my mental health recovery was helped immensely by exercising with friends. From then on, cycling has been a big part of my life once again, Rapha has always been our favorite clothing brand~”

It’s amazing to hear how this passion has since brought some joy to us from the amazing videos he created.

Which only goes to show that staying home isn’t as bad as people make it seem, you just have to be as wise as Quek in using your time. What do you think about this? Let us know in the comments!

Also read: WHO is Using TikTok and Snapchat to Debunk Covid-19 Myths for Teenagers