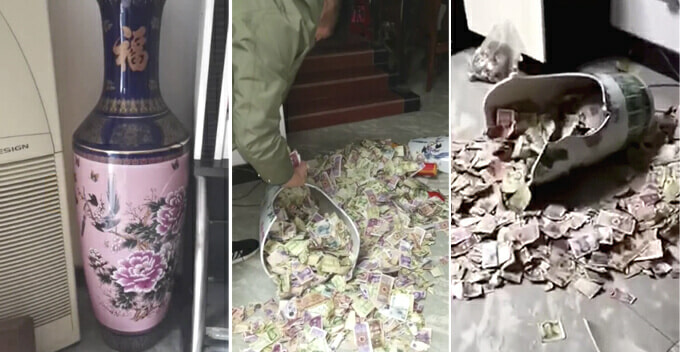 Admittedly, it’s common for couples, especially the married ones, to hide money from their significant others. If you’re going to do it though, a vase might not be the best hiding spot. Case in point, this little girl accidentally broke a big vase in her house and revealed her father’s secret stash of money.

According to China Press, this amusing incident happened in Guangxi, China recently (May 2019) and the mother couldn’t be more happy with her daughter. It is understood that the girl was doing her morning stretch in the living room while her mother was in the bedroom having just woken up.

“I was sitting in my bed and suddenly, I heard a loud sound coming from the living room. I quickly jumped out of bed and ran outside. Then I saw the broken vase with a lot of money in it.

“I texted my husband and asked him to come back. His facial expression changed when he stepped into the house,” the wife said. 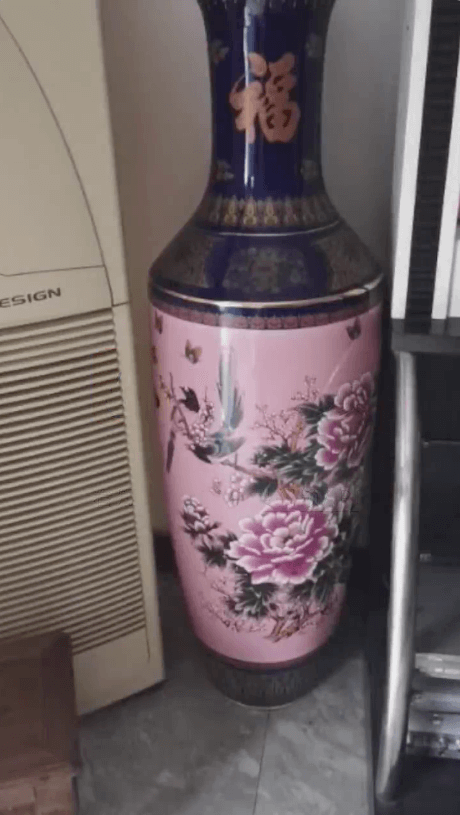 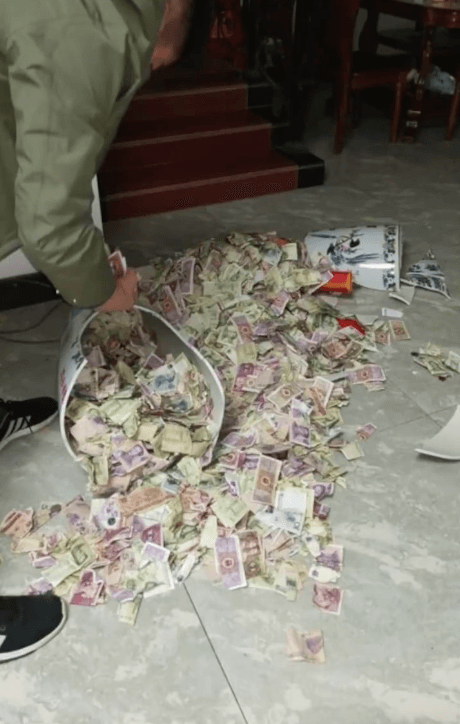 The wife added that she spent the whole morning counting the money, and the amount totalled up to around 5,000 Yuan (approx. RM3,000). Apparently, the husband had been saving this money for 13 years, starting his stash in 2006 after the couple had bought the house. “I saved this money from eating bihun. I don’t know what to feel now,” he added.

After kena kantoi, the husband didn’t beat around the bush and came clean to his wife. Not only was she not angry, the wife actually found it hilarious. “After more than ten years, he only saved a few thousand Yuan, that’s so funny!”

We’re glad that the couple didn’t end up fighting and breaking more vases, which may lead to more ‘discoveries’.

Do you guys think it’s okay for married couples to hide money from each other? Let us know what you think in the comments! 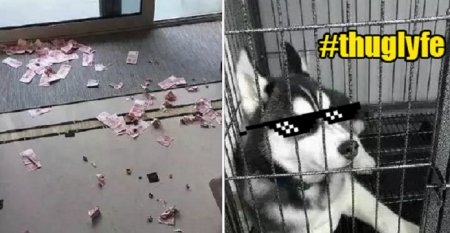