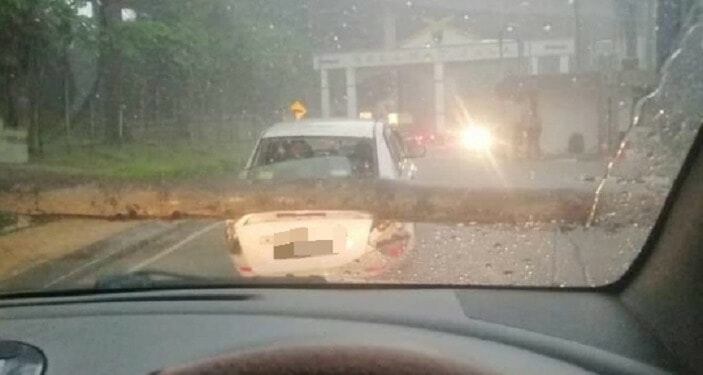 Be careful everyone out there!

It’s been raining cats and dogs almost every evening in Klang Valley and this has caused flash floods and disruptions around the city. Just look what happened yesterday along Jalan Duta! 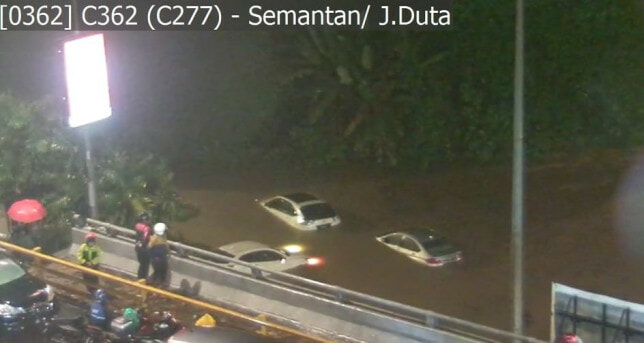 Today (23 Oct), Klang Valley is struck by another thunder storm and unfortunately, one female student perished from it.

The strong winds and rain have caused a tree to topple over, causing congestion infront of Universiti Malaya’s main gate as it blocked off the roads.

Unfortunately, the tree crushed 3 cars and did not spare a student who was passing by on foot at the exact same time. The student who is reportedly from China was crushed to death from the incident, reported Sin Chew. 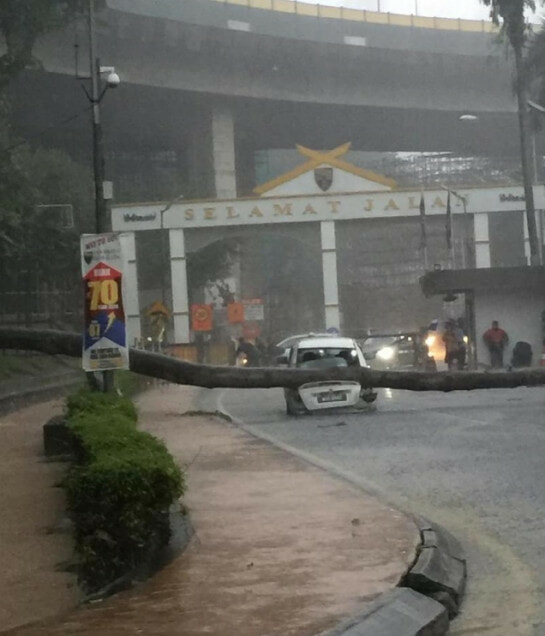 The authorities received a report about the incident around 5.31pm and a fire truck was dispatched. An emergency medical rescue team was also dispatched to the scene.

According to reports, when the rescuers arrived, they found a Chinese female student under the fallen tree. Medical personnel confirmed that the student died on the spot.

“The fallen tree also crushed three cars, resulting in different degree of damages to a Proton Wira, Toyota Vios, and Myvi, said the commander on site.

It’s said that the body has been taken to the nearest hospital.

This is very scary guys. Please beware when you’re out and about during a thunder storm like this!

Also read: Young Woman Crushed to Death in Bukit Bintang when Part of Crane Falls on Her Car 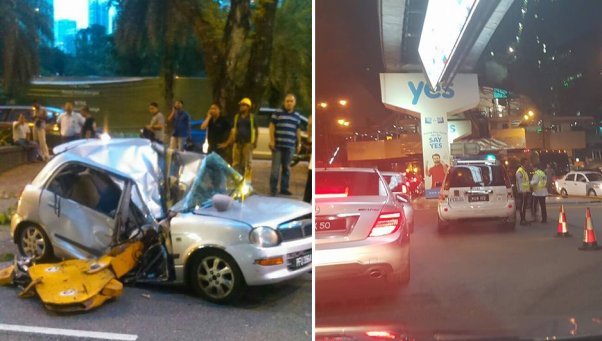