It’s great to carpool with a friend – it reduces traffic on the road, saves the environment and most importantly, it makes journeys more fun with company.

However, some people don’t know that there are unsaid rules when you tumpang a friend’s car. It’s not because the driver’s entitled to it, it’s just called being considerate, okay?

So, let us shed some light on what are some of the unsaid rules you need to keep in mind the next time you carpool in a friend’s car.

The simplest rule of all, yet some people are still stuck with our infamous Malaysian timing. Having a friend pick you up is no problem, but having them wait for you while you take your time dilly-dallying around the house or place of pick-up is just plain rude!

2. Offer to pay for parking/toll

Being the driver, it’s pretty awkward asking the passenger to pay for parking/toll fees. I mean, it’s not that expensive (although with some of the rates nowadays, it can be quite a pain!), and no one wants to sound like a cheapskate asking for it.

One of the most courteous things you can do when you ask your friend, “Eh bro, can tumpang your car ah?” is to help them pay for these little things. I mean, the driver is already exerting all the effort sitting behind the steering wheel and spending on petrol, the least you can do is offer to pay for parking/toll.

It’s not about the money, it’s about being polite!

Unless you have permission to do so, your friend’s car radio has been perfectly calibrated and fine tuned to the channel of their choice, or it’s automatically synced to their Spotify/USB. If they did not change the music, it was probably because they were listening to that song and secretly partying to it inside their head.

And don’t even get me started on people who change the station halfway through singing! Potong stim, wei!

You’d be darn surprised to find out that some people who carpool still want sit behind and leave the passenger seat empty. Eh, hello, your friend is not your blardy chauffeur, get your backside to the front! This typically happens when the driver dropped off the first friend who was sitting at the front passenger seat.

5. Stay awake with the driver

Don’t be the one that goes, “Hey I’ll just take a quick nap before we reach our destination,” and doesn’t care about the poor driver who has to endure the torturous journey alone.

Talk to your friend that’s driving, sing along with the radio or even party it up in the car to get some blood flowing. After all, if your friend dozes off, it’s your safety that’s at stake too!

6. If it’s a long journey, offer to take turns driving

This is usually applicable when a bunch of friends are going on a road trip. Malaysians love going on road trips around the country so when you guys decide to drive to some other state located 5 hours away, you can’t expect one person to drive the whole journey, do you?

Of course the driver will be shy to ask someone else take the wheel, so be a kind and caring soul by offering to drive once in awhile.

7. If the journey is not long enough to take turns driving, offer to pay for petrol 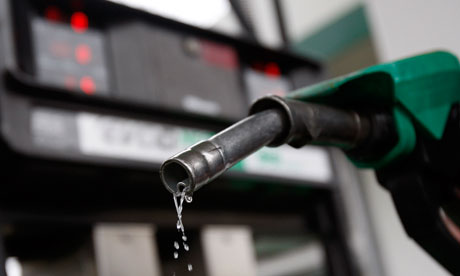 Maybe you and a few friends are going somewhere 1 or 2 hours away. Be polite and offer to pay the driver for petrol and it’d be even sweeter if the petrol is split among the friends excluding the driver as a gesture of his painstaking role behind the wheel.

8. Do NOT be a backseat driver

“Eh, slow down slow down. You driving a little too fast.”

“Exit here now. I know a better way to the location.”

Oh, the dreaded backseat drivers. Dah lah tumpang your friend’s car, but giving excessive comments on what to do and how to drive? That’s a major no-no!

So the next time you ask a friend for a ride, be sure to keep these in mind. Otherwise, you may just be known as that a****** friend.

As you can tell, this writer feels very strongly about these gestures. No need teach one mahhh! :p I’m sure most of y’all can relate.

So, did we miss any other common courtesies when tumpang-ing a friend’s car? Let us know in the comments!